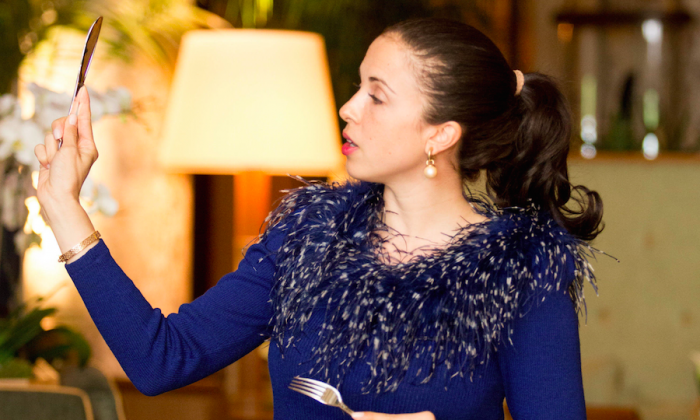 The most simple definition of etiquette: being kind
By Andrew Thomas
biggersmaller
Print

NEW YORK—Proper etiquette may seem like an antiquated concept of the past, but it’s alive and well today. Moreover, etiquette can vary from country to country, and it may be easy to accidentally break a couple of rules. Depending on where you are, it can be immensely useful to know what these social norms are.

Myka Meier is the founder of Beaumont Etiquette, a school that offers classes on proper business, dining, social, and service staff etiquette. Meier spoke with The Epoch Times on the meaning of etiquette, its importance today, and the differences between American, British, and Continental European etiquette.

As an American working in London, Meier was initially practicing American etiquette. Without realizing it, she would behave in certain ways that may have raised some British eyebrows. She wanted to show respect to her friends and colleagues by learning proper etiquette and attended several etiquette schools in the United Kingdom.

She also had the opportunity to train under a former member of The Royal Household of Her Majesty the Queen. She started teaching all of her friends, and before she knew it American expatriates were contacting her. Meier began teaching her own private lessons for fun and realized she could possibly make her own business out of it. And so, Beaumont Etiquette was born.

The most simple definition of etiquette, according to Meier, is being kind, considerate, and respectful to everyone. Without it, we don’t have rules about how to conduct ourselves in a variety of situations and how to treat other people. Furthermore, it’s a concept that applies to people of all socioeconomic statuses, not just the wealthy and privileged. It is for these reasons that etiquette is crucial even today.

As social norms have evolved over time, so has etiquette. For instance, before the Internet, email etiquette did not exist. Gender etiquette, particularly in business, has also changed dramatically as attitudes toward women in the workplace have evolved.

American, British, and European culture feature similarities and differences, and as a result, proper etiquette varies between each. There are so many intricacies in the different types of etiquette, but there are some facets that do stand out. Dining is an arena where proper etiquette varies between the American, British, and European varieties. The way one holds and rests their silverware is very different across these three different cultures. Also, the way one signals to a server that they are finished with a meal varies greatly.

Common mistakes in American, British, and European etiquette occur in the arenas of gift giving, business, greetings, how to sit, and how to hold silverware. According to Meier, the area where people make the most mistakes is in dining. For instance, as an American, you might not know how to use proper cutlery in London.

Another area of proper etiquette that is fungible across cultures is greetings, which exist in the social etiquette space. For instance, in the United States one might say “Hi” to greet someone, but in the United Kingdom one should say “How do you do.”

When it comes to social graces, a common faux pas for Americans is to arrive early to a dinner or cocktail party in the United Kingdom or Europe. Instead, one should show up 10 to 15 minutes late. Another social grace Americans are accustomed to is bringing a bottle of wine to a dinner party, but in the United Kingdom and Europe, it’s considered rude because one is suggesting the host does not have wine to their liking.

Not only is etiquette about being kind and respectful towards others, but it can also greatly improve a person’s daily life. People also notice changes in themselves and their lives after learning proper etiquette.

Etiquette is frankly about kindness. One can display the fanciest China or silver in the world to show respect to dinner guests, but if they’re rude to other people or don’t know how to greet people, that person has a lot to work to do on their etiquette.

The relationship between kindness and etiquette is particularly important when it comes to children. According to Meier, children should be learning proper etiquette by the time they’re able to sit at the dining table. For example, they learn early on to address adults as Mr. Ms. or Mrs., which teaches them the importance of respect. The earlier children start to learn, the more second nature proper etiquette become to them.

“My favorite quote on earth is ‘Throw kindness like confetti,’ and imagine if we all just did something really kind for somebody else,” Meier said. “It’s an interesting position I’m in because a lot of people think that having class has to do with money, and you can have all the money in the world and have no class.”