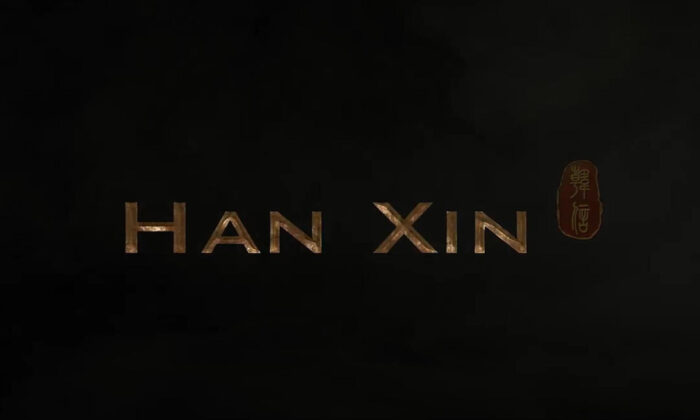 A Brilliantly Fascinating Way to Learn About One of the Most Crucial Eras in Chinese History.

To many Westerners, Chinese culture can seem daunting to learn about. For many of us, the extent of Chinese culture that we know comes through such things as American Chinese takeout food or walks through a Chinatown district. Not exactly thorough ways to immerse oneself, in more than a superficial way. It doesn’t help that the Chinese dialects are rather difficult to pronounce and aren’t phonetic, like say Japanese is.

Fortunately, besides the many excellent Chinese language and cultural programs available these days, people can learn a lot about these ancient people and their customs and culture. And as one of the world’s oldest contiguous civilizations, there’s a lot to learn.

When it comes to learning more about Chinese culture in a cinematic sense, there are some pretty decent films to choose from. But for me at least, the majority of them are a bit too confusing—there are just so many important locations and critical characters to memorize and keep track of before I start to have a brain meltdown. However, I’ve recently been introduced to a series that not only sports great production values but offers a brilliantly streamlined overview of one of the most important eras in Chinese history (without sacrificing any important information)—the Han Dynasty. The series is called “Han Xin” and it follows the titular character from his humble beginnings to his eventual rise to power.

The series starts off by describing Han Xin’s earlier years. He was born of a “declining aristocratic family” in the vassal state of Chu around BCE 231. After being orphaned, he grew up destitute and often had to ask others for food. However, Han Xin was a copious reader and devoured (figuratively of course) many texts having to do with military strategies. Although humble and just, Han Xin was a multi-dimensional individual who was also very ambitious.

When the first Chinese empire—the Qin (pronounced “Ch’in” from which China derived its name) Dynasty—began to crumble after only 15 years of rule, many of its leaders rose up in rebellion against Qin Shi Huang, China’s first emperor. This was due in no small part to the dynasty’s tyrannical nature, which gave way to internal squabbling, political strife, and instability.

After Qin Shi Huang died in 210, a very tumultuous period of wars between the region’s vassal kings ensued. However, a young Chu general named Xiang Yu (Hua Yang Zhang) emerged as the most dominant force in China after defeating a 300,000-strong Qin army with only 30,000 men.

Xiang Yu seized control of the large, highly strategic swaths of central and eastern China and divided the rest of the former Qin Empire into 18 smaller kingdoms. He handed these less desirable regions over to various vassal kings, one of which was Liu Bang (Russel Yuen).

However, Xiang Yu soon became concerned with Liu Bang, believing the latter had aspirations of taking over the strategically valuable central planes area of China. Therefore, Xiang Yu sent Liu Bang away to a remote kingdom in Southwestern China called Hanzhong. He named Liu Bang the “King of the Han.”

All of this historical information is important to understand because it paints the backdrop for Han Xin, who had been appointed as a low-ranking officer within Liu Bang’s army.

Many men in Liu Bang’s army had low morale, having been cut off from their faraway relatives and loved ones. Therefore, there were numerous desertions. During the show, we see Han Xin attempting to help some of the men leave but he gets caught and sentenced to death.

By chance, Han Xin is rescued by Xiahao Ying, a high-ranking minister who had been following Liu Bang since his uprising and had become his friend. He promotes Han Xin to commandant of grain and army provisions. Han Xin seizes the opportunity and his logical mind and attention to detail help him to foresee logistical problems in the food supply lines before they even happen.

Han Xin is eventually introduced to Xiao He, a legal expert (and also a friend of Liu Bang) who confiscated legal and logistical documents from the broken Xin empire and utilized them to help Liu Bang, especially later when he establishes the Han empire.

Xiao He is so convinced that Han Xin’s ingenious military mind can help defeat Xiang Yu, that he approaches Liu Bang repeatedly in order to introduce the young mastermind to the king. However, Liu Bang dismisses Han Xin as being too young (he’s in his mid-20s) to have anything to do with advanced military strategies.

This causes both Han Xin and Xiao He to disappear, which enrages the king. After all, Xiao He was one of Liu Bang’s closest friends, as well as his chief prime minister. Furious, Liu Bang vows revenge.

One of the things I most enjoy about the series, so far, is that it doesn’t overwhelm me with the introduction of too many characters and subplots, too rapidly. Since it’s a series, information and characters are allowed to be drip-fed to audiences gradually. It’s also in English and has the names of key characters and locales spelled out in English so that you can learn them more easily (or research each item separately as I do). It doesn’t hurt that the series’ direction and acting are very good and it’s always a pleasure to see Russel Yuen do his thing.

“Han Xin” is a surprisingly well-made and unconvoluted series that facilitates learning about a crucial period in China’s history. It also documents the life of Han Xin, a man who was instrumental in paving the way in the founding of the Han Dynasty, which is widely regarded as the most important dynasty in the history of China.