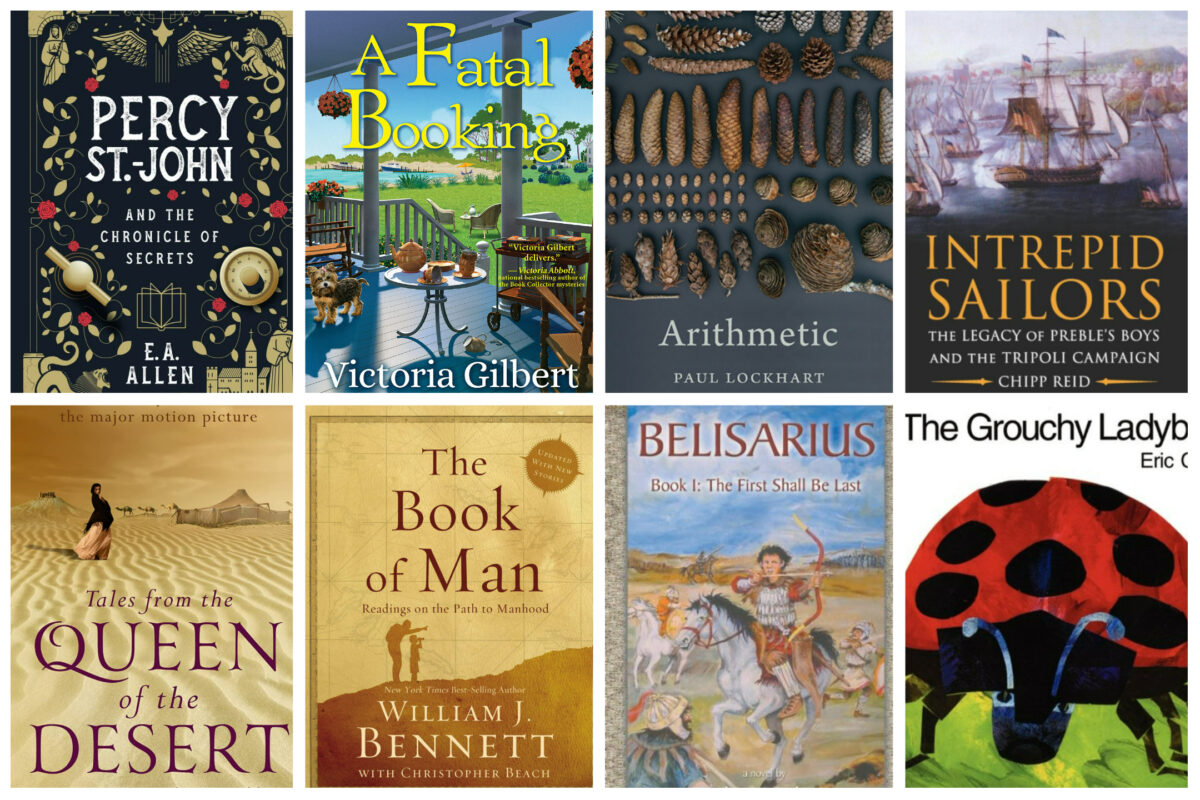 This week, we look at exotic journals from the female “Lawrence of Arabia” and a history of early U.S. Navy heroes and their inspiring dedication.

‘Percy St.-John and the Chronicle of Secrets’
By E.A. Allen

Fate brings Percy to an old monastery in Switzerland. His gifts as a thief, however, result in an unforeseen adventure against a great source of power found in an ancient book. Joined by a young monk and a French girl, Percy leads the way to uncover a mystery.

A Mystery in a Literary B&B

‘A Fatal Booking’
By Victoria Gilbert

In this third novel in the “Booklover’s B&B Mystery” series, Charlotte Reed, the owner of Chapters Bed and Breakfast on the Carolina coast, discovers a guest, disliked by all who knew her, murdered in the garden. Soon she joins forces with her friend Ellen Montgomery to track down the killer. As they rummage through the lives of the suspects present that day, however, they discover that each has the motive and means for committing the crime. A delightful escape into intrigue and a vicarious trip to the beach.

It Adds Up to a Fun Read

Math is hard, right? Most people master arithmetic by grade school. It’s so familiar to us that we view it as mundane. Lockhart, though, shows that there’s more to arithmetic than meets the eye. The author goes beyond arithmetic as rote calculation of numbers and sees it as a way to organize and manipulate information. He explains the inner machinery of arithmetic, through the ages and by different cultures, in entertaining and simple language that actually makes understanding arithmetic fun.

‘Intrepid Sailors: The Legacy of Preble’s Boys and the Tripoli Campaign’
By Chipp Reid

This book explores the U.S. Navy during the First Barbary War in the Mediterranean from 1801 to 1805. Commodore Edward Preble commanded Navy forces during the most dramatic period of the war, from 1803 to 1804. Relying on primary sources, Reid shows the war through the eyes and words of the squadron’s junior officers, men whose dedication and professionalism made them heroes in their day and have continued to inspire the Navy ever since.

‘Tales from the Queen of the Desert’
By Gertrude Bell

Gertrude Bell has been called “the female Lawrence of Arabia.” In 1892, a visit to her uncle in Persia created a lifelong fascination with the Middle East. Well ahead of her time, Bell traveled, explored, and wrote extensively about this region. Her diaries and journals give us a glimpse into her extraordinary world and time.

What the Best of Men Tell Us About Manhood

‘The Book of Man: Readings on the Path to Manhood’
By William J. Bennett

This hefty collection of articles about the meaning of manhood presents moderns such as Winston Churchill, James Baldwin, and Audie Murphy, but the majority of the entries give us men from the time of Theodore Roosevelt back to the ancient Greeks. Plato, Plutarch, Lord Acton, Noah Webster, and Davy Crockett are only a few of the historical figures who share with us, either by word or deed, the ideals of manliness. Here’s a great book to enjoy on its own behalf or as a springboard to writers and heroes we may have missed.

The Last of the Romans

‘Belisarius: The First Shall Be Last’
By Paolo Belzoni

This sixth-century Byzantine commander won renown as one of the greatest generals of all time. Along with its war tales, this novel recreates the religious strife and political intrigues of the Eastern Roman Empire. Grades 8 and higher.

A Lesson Learned by a Bad-Tempered Ladybug

‘The Grouchy Ladybug’
By Eric Carle

Eric Carle’s recognizable illustrations bring to life the tale of a ladybug with a bad attitude. The concepts of time, shape, size, and character are scattered throughout as the ladybug exhausts itself before learning its lesson.