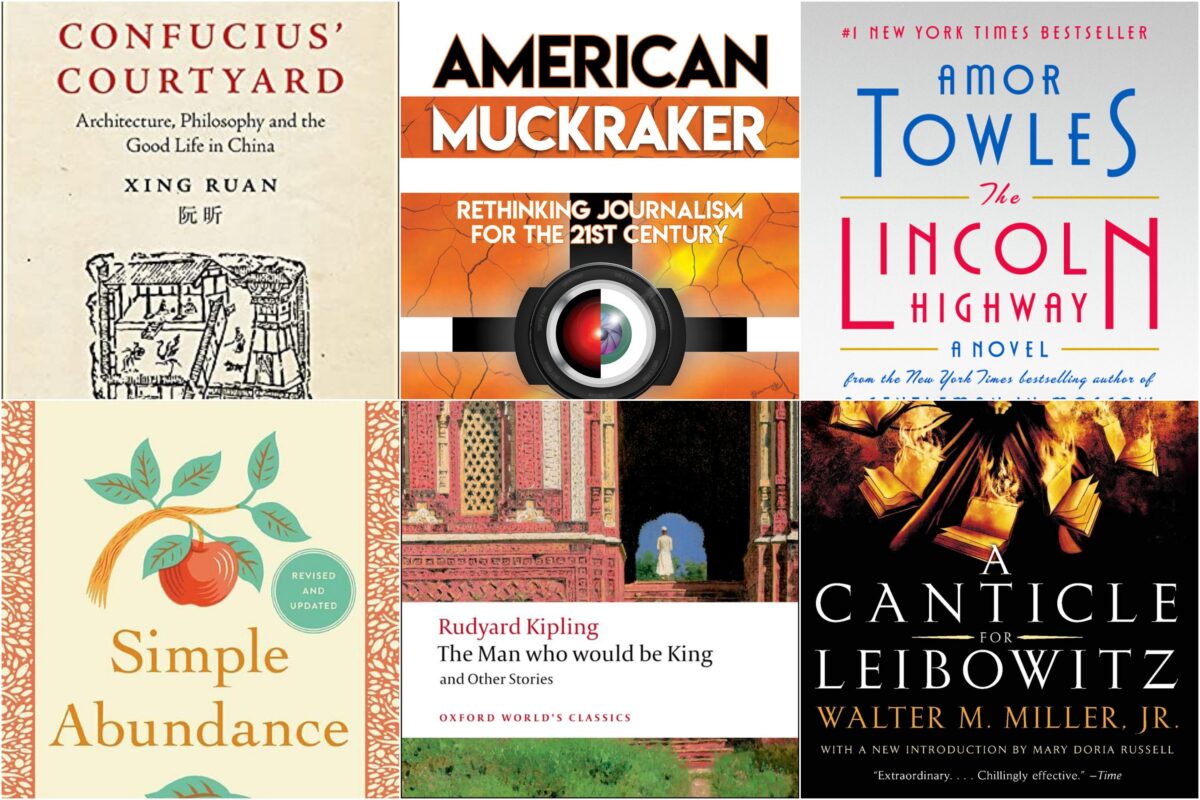 A Return to Muckraker Journalism

In advocating a return to muckraker journalism, O’Keefe addresses how journalism developed—it was grassroots and blue-collar—where it went wrong, and how today anyone who witnesses a wrong can—and should—take courage, record it, and expose it.

“A Canticle for Leibowitz”
By Walter M. Miller, Jr.

Centuries after a nuclear war has devastated Earth, the monks of Leibowitz Abbey preserve bits and pieces of the old civilization, trying to reconstruct the lost world from words that now make little sense to them. They must also contend with marauders. Though Miller brings humor into his tale, it’s primarily a reflection on mankind’s inability to learn lessons from the past. The story also examines the consequences of prideful humans who seek to act as gods, a message we might do well to ponder.

Quixotic Quests on the American Road

“The Lincoln Highway”
By Amor Towles

Eighteen-year-old Emmett Watson heads home to Nebraska after a stint at a juvenile work farm. Parentless, his plan is to reunite with his 8-year-old brother and start a new life in a new state. Set in 1950s America, this compelling novel, told from several voices, will have you turning the pages to discover the destinies of these intrepid travelers akin to young heroes on a quest. Spanning 10 days, the chapters count down to a tragic yet triumphal end. Masterful and ingenious storytelling.

The Courtyard and the Middle Way

This detailed study should be read like one would tend a courtyard: slowly and with care. There’s a lot of Chinese history that most readers may be very unfamiliar with, and it may be difficult to keep up with the historical figures mentioned throughout. But for readers interested in learning about ancient Chinese civilization and architecture and how the courtyard played a central role in everyday life, this is an excellent work.

“Simple Abundance” popularized the concept of the “authentic self” and the practice of keeping a gratitude journal—key ideas that are still touted in the self-help space today. Updated for a new generation of women, it touches on finding balance and beauty in life, especially amid the endless stream of news and social media.

“The Man Who Would Be King”
By Rudyard Kipling

Peachy Carnahan and Daniel Dravot, two British adventurers in India—“the less said about our professions the better”—set out for distant Kafiristan, where they intend to play one warring tribe against another, declare themselves kings, and strip the country of its wealth. After many ordeals and surprises, Dravot does become a king, but he then makes a crucial mistake, and the game is revealed. The 1975 movie of the same title, starring Sean Connery and Michael Caine, is a loyal and brilliant rendition of Kipling’s story.

A Sound and Readable Look at the Past

“A Child’s History of the World”
By Virgil Hillyer

This narrative of the human race reads like a story. Hillyer’s informal approach, his whimsy, and his clear love of the past combine to make this book a splendid introduction to world history for upper elementary school students.

A Timeless Classic About Friendship

A bear who lives in the toy department of a store goes in search of his missing button. The friendship he finds with the young girl who takes him home is heart-warming. It’s a tale that’s relatable and endearing—a must-have.