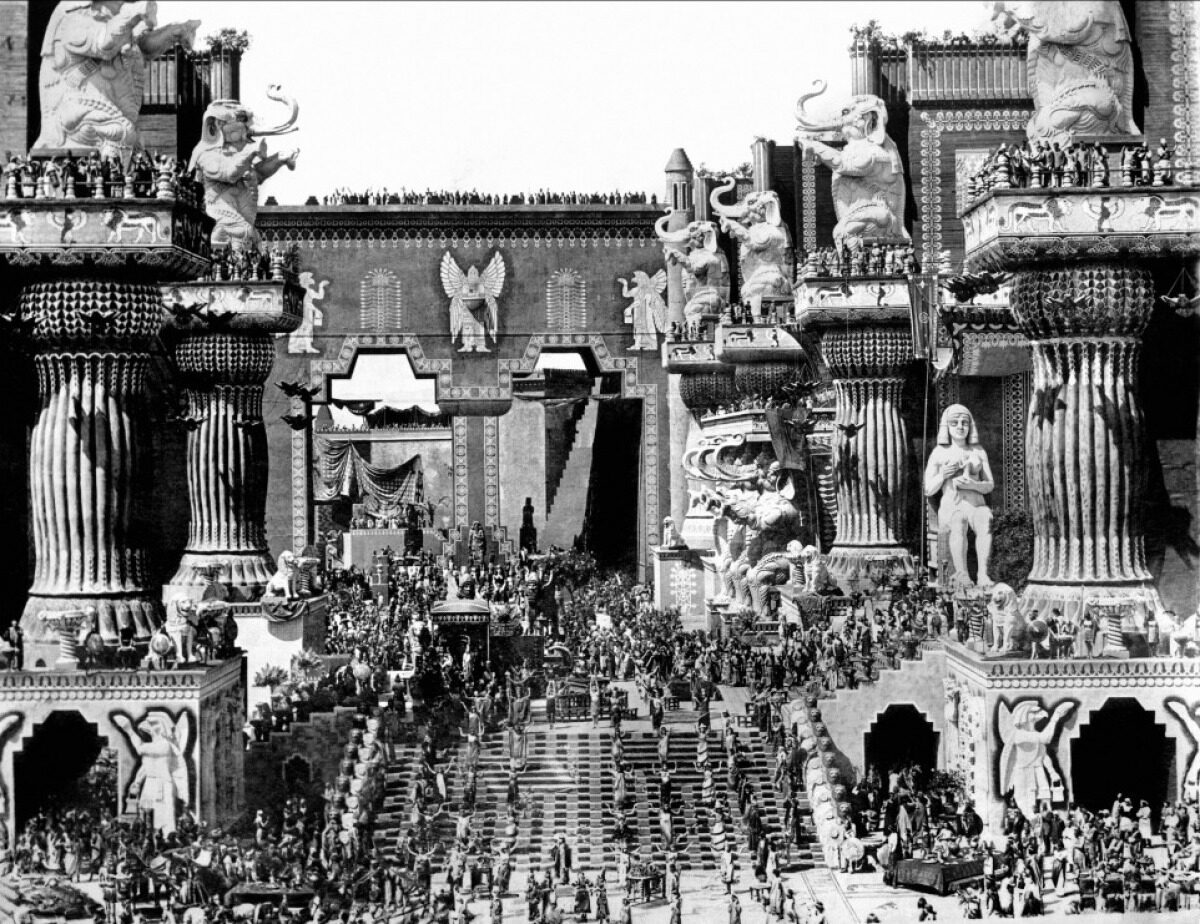 Everything about cinema’s first blockbuster, “The Birth of a Nation” (1915), seemed new: its three-hour running time, complex narrative, large cast of characters, and its powerful emotional effect on audiences.

Its director, David Wark Griffith, was born in 1875, the son of a Kentucky farmer. A mediocre actor, he toured the country for years with ragtag theater troupes. He never hit it big, but he did gain a thorough knowledge of stagecraft, plays, and above all—audiences. In 1908, he fell into film directing almost by accident. In the over 450 short movies he cranked out for the Biograph company, he expanded the narrative and pictorial possibilities of film, pioneered new techniques like crosscutting and flashbacks, and set the stage for his Civil War epic.

“The Birth of a Nation” grossed an incredible $11 million—$300 million in today’s money—but its triumph was tainted by controversy over its treatment of the Reconstruction era.

Griffith was stung by the backlash. His social conscience had been evident since “A Corner in Wheat” (1909). He wanted his next film to remind his critics that he had always sided with the poor against the rich, the weak against the strong. While editing “The Birth of a Nation,” Griffith had begun “The Mother and the Law,” a drama about a young couple struggling against poverty and injustice. It came out well, but Griffith and his team worried that an hour-long populist potboiler would be a weak follow-up to “Birth,” so he looked for a way to make it bigger and more important.

The result was “Intolerance,” a sprawling epic that took on nothing less than 2,500 years of man’s inhumanity to man. Griffith’s wildly ambitious plan added three new stories to “The Mother and the Law”: the fall of Babylon in 539 B.C., the massacre of the Huguenots in 16th-century France, and—as if that weren’t enough—the Passion of Christ. The great currents of history were pictured through the eyes of ordinary people victimized by the machinations of the powerful, their stories intercut to draw analogies and comment on one another. That a filmmaker conceived such a project in 1915 is amazing. That he realized it so brilliantly is astounding, and he did it without a script. He had it all in his head.

Everything Griffith learned, invented, and developed in his Biograph movies paid off in “The Birth of a Nation” and “Intolerance.” Discarding the static, stage-bound conventions of early film, he discovered exciting new ways of staging scenes in motion, for and with the camera. It’s as if a single artist had bridged the gap between Neolithic cave paintings and the early Renaissance masterworks of Giotto.

Griffith didn’t invent the close-up or the moving camera, but he and cameraman Billy Bitzer deployed them as never before to drive the story, reveal characters’ thoughts, and stir powerful emotions in the viewer. Historian David Cook wrote: “In the brief span of six years, between directing his first one-reeler in 1908 and ‘The Birth of a Nation’ in 1914, Griffith established the narrative language of cinema as we know it today.” One year later, he took that language to another level with “Intolerance.”

Scenes Commenting on One Another

The movie begins with a symbolic image that will tie the stories together: a woman (Lillian Gish) rocking a mystic cradle. Griffith gives his leads coy names: the Boy, the Dear One, Brown Eyes, the Mountain Girl, and so on. In the modern “Mother and the Law” story, the Uplifters—prudish busybodies who believe, like today’s social justice warriors, that it’s their sacred duty to condemn and reform everybody else—raid cafés and nightclubs until dancing and drinking are banned. “We must have laws,” they announce, “to make people good.”

When the husband of the Dear One (Mae Marsh) is arrested on a false charge, the Uplifters barge into her apartment. Declaring her an unfit mother, they brutally beat her, ripping the terrified baby out of her arms in a scene as shocking and heart-rending today as it was 107 years ago.

Meanwhile in France, Catherine de’ Medici urges her weak-willed son, the king, to crush the growing power of the Huguenots, a religious minority. Cutting to Judea, Griffith contrasts Jesus’s mercy to an adulteress and creation of wine at Cana with the Uplifters’ harsh prohibitions.

In Babylon, a scheming high priest betrays the city to its Persian enemies. The connection to intolerance is vague, but the spectacle is mind-blowing. These days, movies fake large sets and crowds with computer graphics, but not this Babylon. Its walls, wide and strong enough to run chariots along the top, rose 150 feet and ran for a mile along a still-unpaved section of Sunset Boulevard.

Even grander, reports Gary Krist in his book “The Mirage Factory,” was the 200-foot-tall colonnaded palace where King Belshazzer and 3,000 lavishly costumed extras and dancers celebrate his temporary victory over the Persians. Bitzer had to invent a new technique to capture the dazzling panorama: the cinema’s first “crane shot.”

When the Persians launch another attack, Griffith pulls out all the stops. The battle scenes surpass even the epic ones in “Birth.” Thousands of soldiers clash in a gargantuan, terrifying melee. Men are speared, slashed, thrown to their deaths, even graphically beheaded. A flame-throwing war engine mows down attackers, while real elephants propel gigantic siege towers against the walls from which arrows, stones, and boiling oil rain down on the Persians. (The extras really got into it. On one shooting day, an ambulance was called 60 times, according to an unpublished manuscript cited in “Griffith and the Rise of Hollywood.”)

Griffith loved spunky, self-reliant heroines like the Babylon story’s Mountain Girl (Constance Talmadge). When lecherous men approach, she mocks and rejects them, defiantly munching raw onions. When the city is attacked, she grabs her bow and fearlessly picks off Persian soldiers like ducks in a shooting gallery.

As the film proceeds, it cuts between the stories faster and faster until, at the climax, the Dear One races with a reprieve to stop her husband’s execution as Persians breach the walls of Babylon, soldiers slaughter the Huguenots, and Jesus shoulders his cross in Jerusalem. There had never been a film like this before. There’s never been one quite like it since. In the words of critic Iris Barry, “History itself seems to pour like a cataract across the screen.”

“Intolerance” has its flaws. It can get preachy, the French and Judean stories are skimpy, and the acting is variable, but these defects are minor.

In recent historical and superhero movies, you can lose track of who’s fighting whom and why—the filmmakers can’t even keep one storyline straight. “Intolerance” intercuts four stories and, incredibly, we are never confused. The clarity of Griffith’s storytelling and his way of humanizing history and social issues through characters we care about, and intimate moments that touch the heart, may be his greatest achievement and his greatest gift to later filmmakers, many of whom he trained, including Victor Fleming (“Gone With the Wind”) and Tod Browning (“Dracula”).

“Intolerance” opened to good reviews, but its innovative structure confused some viewers, and its pacifist message wasn’t welcome as President Wilson pushed the country into World War I, as Gish said in her book “The Movies, Mr. Griffith, and Me.” It wasn’t a flop but it lost money, most of it Griffith’s. By the mid-1920s, the director’s sentimental sensibility was out of fashion. His career fizzled and he died in 1948, cast aside by the industry he had practically invented.

You can watch Griffith’s movies on disk or stream them on Prime or YouTube. Other standouts include the poetic “Broken Blossoms” (1919) and “Way Down East” (1920). Gish plays an abused girl in both films, prompting one wag at the time to call for a “Society for the Prevention of Cruelty to Lillian Gish.” 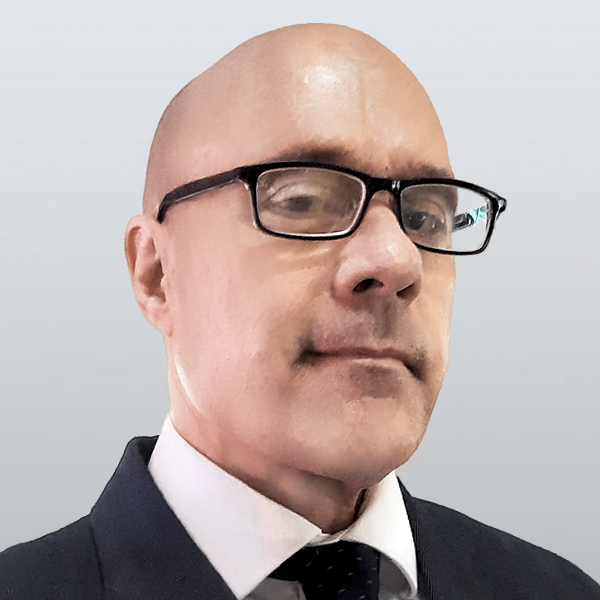