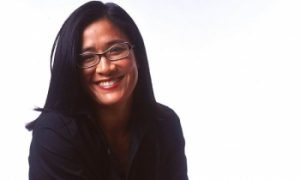 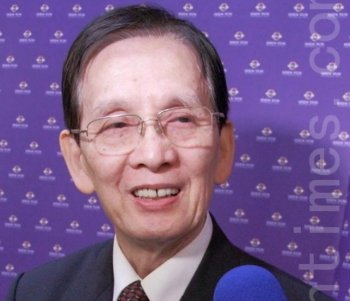 By Epoch Times Staff
Print
TAIPEI, Taiwan–Shen Yun Performing Arts' yearly tour has become a hot topic in society in Taiwan. As a result, one can hear people saying, “I must see Shen Yun every year!” “How many times have you seen Shen Yun?”

Inspired by the show presented by Shen Yun Performing Arts International Company in Taipei on April 4, Mr. Fan Jen-Fei, chairman of Meiji Seika Kaisha, Ltd, and former national policy adviser to the president of Taiwan, returned to see Shen Yun a second time, on April 20, during Shen Yun's return to Taipei at the end of its Taiwanese tour.

"I liked every program; in particular the last piece [The Opening of Heaven’s Gates] impressed me the most. The overall performance and style of the dance, as well as the meaning it implied, were great,” Mr. Fan explained. He also mentioned that the last program touched his heart and brought the show to a grand climax, which has left him with an unforgettable memory.

Mr. Fan has seen Shen Yun for three consecutive years now. He said, "After viewing the performance, I felt very wonderful. Shen Yun is really a magnificent performing arts group. It is really great. The feeling of seeing it the second time is even better. Of course, its every show is superb."

He also complimented Shen Yun’s superb artistic level, and said that many details of the performance were fantastic. "The application of technology [in the dynamic backdrops] and every artist’s dedication to the performance are great," Mr. Fan added.

He also noted that whenever the curtain rose, it was a touching experience, and he experienced a range of emotions. Praising the spirit of great compassion and tolerance in the two programs, Our Story and No Regrets, he stated, "Although he [the leading character] was persecuted to death by the Chinese communist regime, with his great tolerance he was safeguarded by Buddhas and regained his life. This type of program is very meaningful.” He also felt that because of the rich and meaningful content, the Shen Yun performance can remind people of the fundamental morals and values that were once the norm in society.

He recommended that everyone see Shen Yun. "It is really suitable for everyone to see. When seeing the performance, I thought that it would be great to let Shen Yun perform in mainland Chinese, so that people in China would be able to see the performance, and let them know the right direction [of life]."