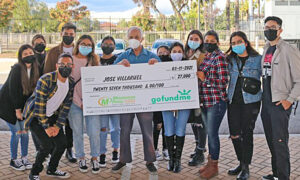 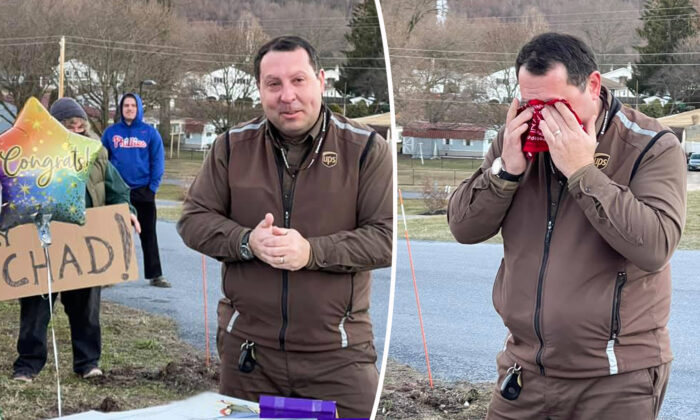 Entire Town Surprises Their Only UPS Driver to Tears With $1,000 Thank-You Gift: Video

The small town of Dauphin, Pennsylvania, has just under 800 residents, and only one UPS driver. It’s the sort of place where everyone knows everyone.

The town residents decided to thank their only UPS driver with a $1,000 gift that moved him to tears.

UPS driver Chad Turns has been delivering packages for more than 10 years, reported Today. During the COVID-19 pandemic, Chad’s workload increased, just like it did for many other delivery workers. As the town’s only UPS driver, he worked 60–80 hours a week, according to the report.

Resident Jenny Shickley told the outlet that “everyone knows how special Chad is.”

Chad goes out of his way to make sure children aren’t home when their gifts arrive, the report said. He’s even gone so far as to seek one resident out at their parents’ house when they weren’t home to sign for a package.

Jenny decided to organize a small thank-you event for their hard-working driver. Through a community Facebook page, she set up a fundraiser.

Jenny coordinated with Adam Kerr, Chad’s dispatcher and colleague, to surprise the driver at his last stop on March 2.

“Chad thought he was going to pick up a box, [but] it was the community and kids and big signs,” Jenny said.

Overwhelmed by the cheering, socially-distanced crowd in the parking lot before him, Chad got teary-eyed. There were balloons and thank-you posters, and a giant heart-shaped card. Community member, Adam Bryce, captured the moment in a video.

“I don’t know what to say,” Chad can be heard saying in the video, as he took it all in.

“You don’t have to say anything,” said a man behind the camera. “You’ve taken care of us … we just wanted to say thank you.”

“It was very overwhelming,” Chad told Today. “The idea that they even thought of me to do anything … to go above and beyond and do what they did yesterday was truly amazing to me.”

“It was a tearjerker. It was very touching and humbling,” Chad said, adding that the community has expressed their generosity to him all year long, through small gestures like offering him water and cookies along his route. However, he never expected a surprise this big.