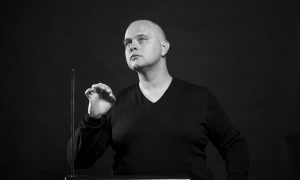 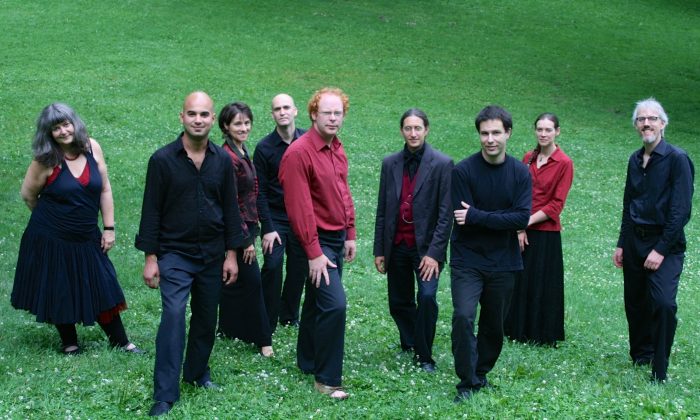 In something of a chamber music marathon, Montreal-based Ensemble Caprice will play back-to-back Bach music over two days at the upcoming 20th anniversary Chamberfest in Ottawa.

At this “Bach Summit,” as it has been dubbed by the group, audiences will hear the complete chamber music of J.S. Bach—16 pieces presented in four concerts (two summits per day, if you will).

To close Chamberfest 2014 with a bang, Ensemble Caprice will then play all six of the Brandenburg concertos, each of which will be alternated with Shostakovich Op. 87 preludes and one fugue. The evening will begin and end with Shostakovich.

“Music by Shostakovich and the mix with Bach is quite astounding and the result is exceptional because it’s being tackled from an end that’s unusual and couldn’t be done with modern instruments,” explains artistic director Matthias Maute.

“It’s a dialogue that keeps going. The idea is that it’s like a lemon sorbet in Italian food, where between the main dishes all of a sudden you get a little sweet sorbet, which just cleans the pallet and you are fresh and eager to listen to something different.”

The musicians use period instruments to voice music that is as close to the original as possible, which makes sense considering the composers wrote their music to showcase the best facets of the instruments in use at the time.

A period instrument is matched to the time at which a piece of music was written and so will sound different from its modern counterpart. Ensemble Caprice uses a mix of very old and reproduction instruments to create an authentic sound. The group sets up each instrument to replicate how it would have been used at the time.

For example, an 18th century violin has gut strings instead of metal, has no chin or shoulder rest, and is slightly different in shape. The bow for the old violin is shorter.

In keeping with the historically informed way of presenting music, Maute has chosen to play the Brandenburgs using a faster tempo that some would call aggressive. This fits with his interpretation of how the concerti should be played. “When you look into the score, the Brandenburg concertos are set up in a way that they almost try to avoid any real slow movement,” he said.

It’s “a caprice way of dealing with music,” Maute noted, referring to the choices of music and how they will be played by the ensemble. “We have a kind of flexibility that you don’t necessarily assume in the modern world instrumentally,” he said.

He describes the group members playing in a seriously classical way but then “turning the stage into fire and flames” when they played Baroque gypsy-style pieces. “We like doing that just to enhance, widen our own horizon, which seems to be the most important challenge as a musician. Keep going, developing.”

The Juno award-winning Ensemble Caprice has released over 20 CDs under the artistic direction of Maute and Sophie Larivière. The Shostakovich/Bach musical pairing is available on CD and has been lauded by music critics including Alex Ross of “The New Yorker,” who included it in his list of notable classical performances of 2013. The closing concert on Aug. 7 will be videotaped and put online later this year.

Ensemble Caprice tours globally and fluctuates in size depending on the requirements of the program. There is also a European arm of the group and so European and Canadian musicians sometimes perform together at European concerts and festivals.

Next year Ensemble Caprice will celebrate its 25th anniversary. Maute said he is sorting through 18 videos of the group that “feature Ensemble Caprice and actually the culture here in Quebec, and also Canada, from a different angle.” The resulting work will be made ready for issue in 2015. As well, they will continue to play Beethoven’s symphonies on period instruments during their concert series, a first for Montreal audiences.