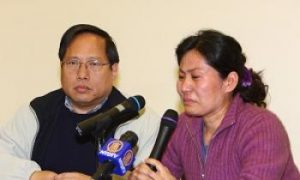 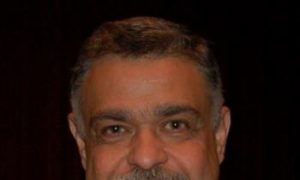 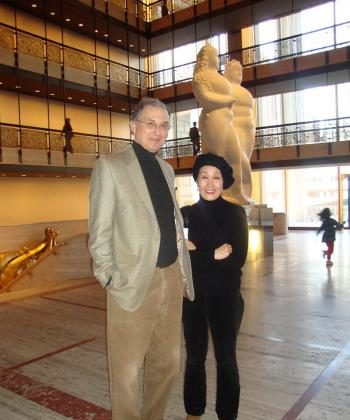 NEW YORK—Joel Nagy, an English professor in Connecticut traveled to the Lincoln Center's David H. Koch Theater in New York City with his wife, Myung Nagy, to see Shen Yun Performing Arts on Sunday. The tickets were a Christmas present bought by Mr. Nagy for his wife.

"I think it is mesmerizing," Mrs. Nagy said, noting that Shen Yun's use of a hi-tech backdrop synchronized with the dancers added to that feeling.

The New York-based company impressed the couple with its artful display of China's rich history.

"It's a cultural history of China's 5,000-year history, but in performance," said Mr. Nagy, who said that he had been "waiting to see this one."

Mrs. Nagy commented on how much she liked the movements the dancers made, and, overall, how well they danced.

"It was quite educational as well," she said, adding that she knew a bit about the classical Chinese stories portrayed, such as one scene from the epic Journey to the West.

"This kind of dance show, classical Chinese dance, we’ve never seen it before," she said. "I thought it was really well done."

She also said found the spiritual aspect in the dance Our Story to be "very beautiful and very touching." The dance tells a story of a teacher in present-day China who is persecuted for her belief in the mediation practice Falun Dafa. Ultimately the story has a hopeful ending.

Since 1999, some millions of Falun Dafa (also known as Falun Gong) practitioners in China have been persecuted for their beliefs.

With reporting by Isabella Murphy and Catherine Yang.