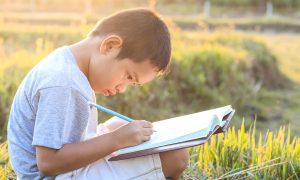 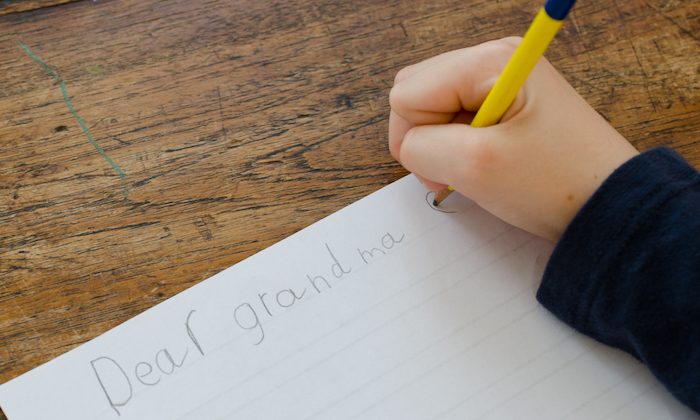 Encouraging the Tradition of Letter Writing With Children’s Books

Studies suggest that loneliness permeates our world today, undermining health and even leading to early mortality. This problem is not limited to adults but affects children as well.

One convenient but sometimes overlooked way to reach out to others is through writing letters. This intimate and personal form of communication brings out the caring side of children, since they must take the time to sit down and think about another person.

And what a delight for the child when a letter is returned, and the child’s thoughts are acknowledged! Nothing is better for a child than to see his or her ideas being recognized as important.

A somewhat surreptitious way to encourage your children to write letters is to expose them to interesting books, written for their age level, that contain letters. Children will be able to see firsthand the emotional communication skills that lead to fulfilling relationships. And they can learn by example how letters are written.

Plus, the books I have selected, although some are older titles, are quite enjoyable:

‘Can I Be Your Dog?’ by Troy Cummings

“Can I Be Your Dog” is great for children to learn about adapting letters to the needs of their readers.

Arfy, a homeless dog, just wants a family that he can call his own. He writes letters to people on Butternut Street, adapting each to the person addressed and asking if he can be adopted. He tells one potential owner that he will be able to live in harmony with the cat, he tells the butcher that he will keep her floor nice and clean, he writes to the junkyard owner that he will guard the collection of stuff, and so on.

The replies to the dog’s request range from polite to rude, but they all say no. Finally, Arfy gets a letter directed to him. The writer asks to be Arfy’s person. The writer of this letter is the story’s biggest surprise.

At the end of the book, published by Random House Books for Young Readers, are tips about how to help homeless animals—an added bonus to a fantastic book.

Warning: Don’t give this book to a child unless you are open to helping homeless pets.

In a combined poetry and pen pal unit at an unusual school, two classes exchange letters—letters that are all in rhyme. One boy’s and one dragon’s correspondence are highlighted, and the reader watches an interspecies friendship forming. How these two write in rhyme is quite amusing.

The letters enable the child and dragon to discover their similarities and differences without having to worry about stereotypes. Certainly, the part about the dragon saying that his father had won the local fire-breathing contest twice will elicit a chuckle, and it’s easy to imagine what the boy’s reaction to this boasting is. At the end of the book, the children and dragons meet and sit down together for a picnic, where they really enjoy one another.

If only for a brief time, the reader envisions the way the world could be. This book is published by Viking Books for Young Readers.

‘The Gardener’ by Sarah Stewart

During the Great Depression, Lydia Grace’s parents are out of work. To help make ends meet, they send Lydia Grace to live and work with Uncle Jim, a crotchety baker in the city. Lydia Grace brings a suitcase full of seeds and stationery to the big city.

The heartwarming story full of hardship, separation, and reaching out to others is told entirely through letters that Lydia writes home to her family. She brings smiles to all with the flowers she grows, and brightens the lives of all those around her.

“The Gardener,” a Square Fish trade paperback, was a 1997 New York Times Book Review Notable Children’s Book of the Year and a 1998 Caldecott Honor Book.

In a letter to his children, who are visiting their grandma, a father recalls all the wonderful things that Steve, a tree, has done for their family. (The youngest child couldn’t pronounce “tree”; thus the name Steve was coined.)

The letter shows that when the family moved into their house, Steve was spared by the builders and became a part of their everyday life. Steve was the perfect place to hang Sari’s swing, a great third base, and a place for Lindsay to sit with her first crush. In fact, as the years went on, the tree seemed to adapt to the needs of the family. How comforting it is in a world filled with strangers, the father explains, to have a safe place to go.

The letter ends on a sad note. A storm has blown down Steve, and the father has replaced Steve with another tree in a different part of the yard. The father says, however, that Steve will always be in their hearts and they can still treasure their memories.

This powerful book, put out by Puffin Books, is about love, loss, and what binds families together.

‘The Day the Crayons Quit’ by Drew Daywalt

In this book, the crayons write hilarious letters to their owner, Duncan. The left side of the book shows the separate letter each crayon writes, while on the right side is a child-like drawing of what that crayon is typically used to color.

Red Crayon, for example, has gotten the shaft by having to work holidays. (Christmas and Valentine’s Day are the absolute worst for him.) Yellow and Orange Crayon argue about being the true color of the sun, and Black Crayon is tired of just outlining things. Duncan solves his crayons’ complaints by using his crayons in new ways.

As children attribute feelings to objects, this book, courtesy of Philomel Books, provides a way to encourage their imaginations.

Because of numerous incidents of bad behavior, Mrs. LaRue sends her dog Ike to obedience school. Ike does not take kindly to this arrangement and sends daily letters home describing the “appalling conditions” he endures.

Ike’s distorted perceptions, shown in black and white, are contrasted with colorful pictures that display how luxurious his life really is. Readers of this Scholastic Press book will laugh aloud at the funny discrepancies between the pictures.

And readers’ imaginations will work overtime picturing Mrs. LaRue’s reaction to Ike’s “tortured existence.” Ike finally escapes from his “prison,” after what he describes in his letters as a “harrowing existence.”

Ike arrives home in just enough time to rescue Mrs. LaRue from an oncoming truck, and Mrs. LaRue throws a big party in his honor at the end.

P.S. I can be reached for letters, comments, or suggestions at lwiegenfeld@aol.com