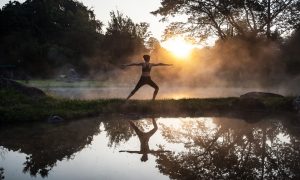 Tune In to Your Body's Wisdom
0 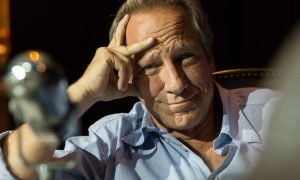 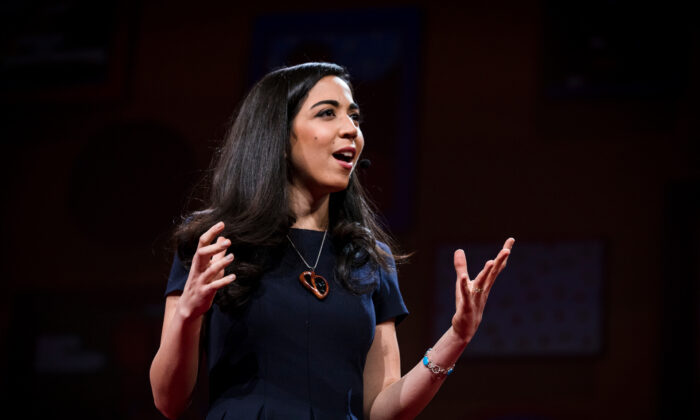 Esfahani Smith delivered a TED talk, “There’s More to Life Than Being Happy," that has been viewed more than 9 million times. (Bret Hartman /TED)
People

Emily Esfahani Smith had never felt the need to embark on a great quest for happiness, but when she began college, she soon saw that it was this very quest that was making so many people on campus unhappy.

“I’d just never been as oriented toward happiness as I was toward meaning,” said Esfahani Smith, who wrote the bestseller “The Power of Meaning.”

Esfahani Smith has said her early experiences growing up in a Sufi meetinghouse in Toronto primed her search for meaning: it was a place of meditation, singing, and sugared tea; it was also a place of great connection and love and compassion. And though many who came through the meetinghouse had lived very difficult lives, she remembered they were forward-looking and lived a deep and meaningful existence.

When Esfahani Smith’s family left the meetinghouse and moved to the United States, daily life was instead filled with a sort of “busyness.” So Esfahani Smith turned to the great thinkers of the past in her search for meaning, and ended up studying philosophy and psychology.

What traditional wisdom offers, the social sciences are now just starting to catch up with, and her research and writing, Esfahani Smith melds the humanities and psychology in a fruitful way. Our modern way of life has brought unprecedented prosperity and more ways of life to choose from than ever, but it has also brought unique modern ills, which necessitate new and intentional remedies.

As we eschew traditional ways of life, Esfahani Smith also explores the organizations created as “cultures of meaning,” such as the oral history project StoryCorps and Encore.org, which helps people reframe retired life as a time of using “the skills and experiences they’ve accumulated over a lifetime to improve society.”

We don’t need to look far to see that there is a “real crisis of meaning,” as she puts it, and it has been one that has been growing for decades. The outcomes are things like the loneliness epidemic, plaguing both older and now younger generations, as well as something more sinister, such as radicalization, as some people turn to extremist groups as cultures of meaning.

Esfahani Smith defines happiness as it is defined in psychology, as a state of positive emotion. Happiness is fleeting, but a life worth living must have meaning—which may actually necessitate many moments of unhappiness (consider caregivers, for instance).

In her research, as she details in her book, Esfahani Smith came to differentiate between four sources of meaning. She calls them pillars, and we can think of them as foundational support structures.

“You don’t have to have all four of the pillars for your life to be meaningful,” she said. “I definitely think the more pillars you have, the more stable your sense of meaning is.”

Meaning is what inoculates us from crumbling under adversities, as researchers studying why some people move forward and others can’t after traumatic events have also found.

Think of adversity as an earthquake, she said. If the building is strong, “if you have more, richer sources of meaning in your life,” the building doesn’t come down.

Belonging ranks as the most important driver of meaning according to research, whether it is with strong familial ties or a created community based on shared values. In her book, Esfahani Smith travels from the Tangier Islands to the Society for Creative Anachronism, a community of people who study and recreate medieval arts, and explores how belonging can happen by chance or by intentional effort. There are different levels of social bonds as well, from knowing you have a place in a community to instances of intimacy, “high-quality connections,” that can happen in the day-to-day even between passing strangers.

The dangers of not having this pillar of belonging are serious: Chronic loneliness compromises the immune system and leads to early death, as she writes, detailing a study of mid-century orphanages where babies were literally dying from despair.

The second pillar is purpose, which includes both a long-term goal and a contribution to the world. When people have purpose, the mundane and day-to-day have meaning in moving them toward that purpose, even if to the outside world, cleaning out animal waste (zookeepers rank high in having a sense of purpose among professions) or being sleep-deprived with a newborn seems far from glamorous. When people don’t have purpose, they drift through life unmoored, and statistically tend to engage in “risky behavior” that’s detrimental to their health—mental or physical—and society.

The third pillar is storytelling, which is how we as humans make sense of our lives. If we view our lives as a collection of disparate facts, we live with the belief that our existence is incoherent and lacking meaning.

Esfahani Smith explores the different stories we tell ourselves about ourselves, including how these stories change. When one man’s story went from being about how an accident put an end to his life of high-flying success, to how an injury woke him up from how adrift he had been and showed him a path of light and service, his life changed accordingly. Likewise, when our stories change from positive to negative, we as a result start to live our lives that way. Stories are how we create our identities.

The last pillar is transcendence—a pillar Esfahani Smith is particularly drawn to.

Transcendence is the feeling of being in awe and connected to something much greater; you simultaneously feel a sense of unity with something beyond, and feel very small and likely humbled. Some people attain this through intensive deep meditation, or hallucinogens, as Esfahani Smith writes, but also through more accessible experiences such as staring up at the starry night sky. People who have experienced transcendence talk about a “high” that doesn’t last, but the experience almost inevitably changes the person in a deep way, and they carry that change with them for the rest of their lives.

“That being said, you can definitely live a meaningful life without all four pillars,” Esfahani Smith said. The pillars we lean on also change throughout our lives as circumstances change, and different people naturally “lean toward certain pillars for meaning more than others.”

“Some people just have something in them that draws them toward transcendence and spirituality and awe and wonder. Someone else might not be at all turned on spiritually speaking by those instances,” she said. “Some people really need rich relationships as part of their daily lives, others are a little bit more introverted or just need less time with others in order to fulfill their need for belonging.”

Our Pursuit of Happiness

Esfahani Smith, who is pursuing a doctorate in clinical psychology, is now researching the changing views of success in our culture.

Before her research on meaning, Esfahani Smith had even wondered whether there was something wrong because she didn’t experience that constant state of happiness that advertising would have her believe she should. Our quest for happiness goes back quite a ways, and though it is possibly by necessity that man naturally gravitates toward the positive, perhaps there are pertinent answers to meaning if we look at how our definition of happiness and success has evolved.

“Aristotle said that the ultimate end of man was eudaimonia; that gets translated as happiness today, but actually a better translation is flourishing, or meaning,” she said. “But the point is, [eudaimonia] is what the ultimate end of man is—everything that we do lies in the service of that one goal … the implicit assumption is that pursuing these different forms of success is in the service of happiness.”

Even the founding document of our country includes a line that says human beings have an inalienable right to life, liberty, and the “pursuit of happiness.”

“And interestingly, Jefferson was kind of echoing the philosopher John Locke who wrote that humans beings have the right to life, liberty, and property,” she said. “There’s ambiguity there, does the pursuit of happiness involve material prosperity? … That’s just something that I’ve always wondered about.”

“At the same time, part of what the founding project was about was offering people an opportunity to come somewhere where the old distinctions of class and rank weren’t going to determine their future the way they did in the old world of Europe,” she said. “Here you could come and you could really be your own person, you could strive to make a life for yourself and the way that was becoming defined was through the pursuit of success.”

Her recent reading brought her attention to three “strands” of success, defined in different ways, each promising a different type of happiness.

“One was this kind of acquisitive strand, that success lies in these extrinsic goals like, wealth, status,” she said. “And I think that’s been the dominant strand today, when we think of success.”

“The other strand goes back to the Puritan Protestant roots of many of the colonies,” she said. “The idea of success was that you lived out a calling, where you serve mankind and God through the work that you did and fulfilling your duties and playing a certain role.”

“On the one hand it was socially rigid because it suggested that your place on earth, your role in life was ordained by God, so you shouldn’t be ambitious because that would be hubris and sinful. On the other hand, it was pretty democratic and hopeful because it gave everyone a chance to experience this form of success, of living out a calling because it affirmed the dignity of all work, all labor you put forth in the world, whether it was paid work or unpaid work, and it dignified those,” she said.

“There are remnants still, in psychology today, meaningful work and the research on calling. It’s been very secularized but it’s kind of this outgrowth of this Protestant conception of success.”

The third strand was one that Thomas Jefferson was a proponent of, as was Ralph Waldo Emerson, and writer and historian James Truslow Adams, Esfahani Smith said. “He [Adams] was the one who actually coined the term ‘the American dream,’ and the way he defined it was that it was a dream of reaching, becoming the person you were meant to be, reaching your potential.”

“I think that each of these different strands promised a sort of happiness,” Esfahani Smith said. “The first strand was a kind of material happiness, the second strand was this sort of spiritual happiness, and the third was also this spiritual and psychological fulfillment. There was this promise that if you pursued these things you would become fulfilled.”

Sometimes “happiness” and “meaning” are conflated, but Esfahani Smith says research shows that though there is overlap, there are also important differences, and she points out many in her book. Psychologist Viktor Frankl famously wrote about surviving the Holocaust because he had something to live for, and no one would assume those were times of happiness.

Esfahani Smith discusses the rise of positive psychology in recent decades, along with the “happiness frenzy” in recent years. Thousands of books are published promising happiness every year, and society isn’t happier for it.

As a result, many positive psychologists and writers stress the importance of meaning, but wrap their messages up in happiness.

“The word happiness is a word that’s really alluring to people,” she said. “There is this real happiness zeitgeist in our culture.”