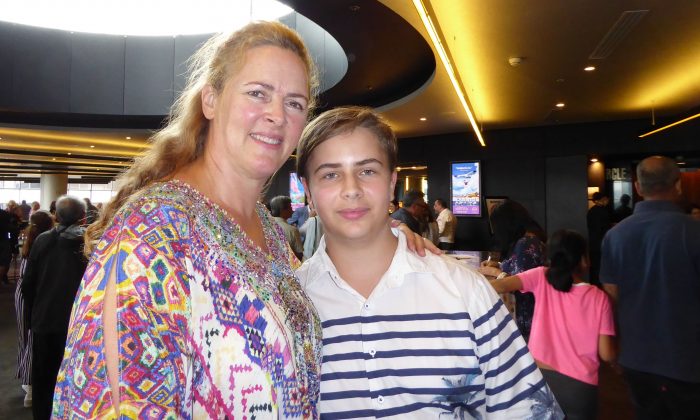 “I found it amazing,” Rees said. “Very theatrical, very creative and different to what I’ve seen before.

“The whole thing was inspirational … the costumes, the performers, the stories … there’s a lot of cheekiness and humor in the stories. It’s uplifting—it’s very good.”

Rees said she could appreciate the divine inspiration behind Shen Yun’s message, having experienced the power of spirituality, love, and kindness herself as she built her life back up from a failed spa business in Whistler that left her living in a tent, to her success story now as she travels the world to coach elite athletes and entrepreneurs on how they can overcome obstacles in life.

Rees remarked that she was very touched by the story of persecution of faith in modern China, where people are being locked up for following their spiritual beliefs.

“That’s a bit of a shame if it’s true because spiritual life is so important,” Rees said. Many in the audience are shocked to find this is still happening in China in the present day.

“I’m a very spiritual person. I’m fully guided by spirit my whole life and to not have that, if I was locked away in jail, that would be a complete crime because that’s what I do, my whole business,” Rees said.

Rees also said she thought that the mission of Shen Yun, to revive 5,000 years of traditional Chinese culture, was very important for today’s world.

“I think that, you know, the world is a smaller place now, so for us to understand each other is very important, so it’s really nice to see.

“I thought the costumes were to die for,” she added. “So much thought has gone into costumes.”

“I’m more interested to learn more about Chinese culture” after seeing Shen Yun, she said. “Everyone should see it.”

With reporting by Steve Xu.