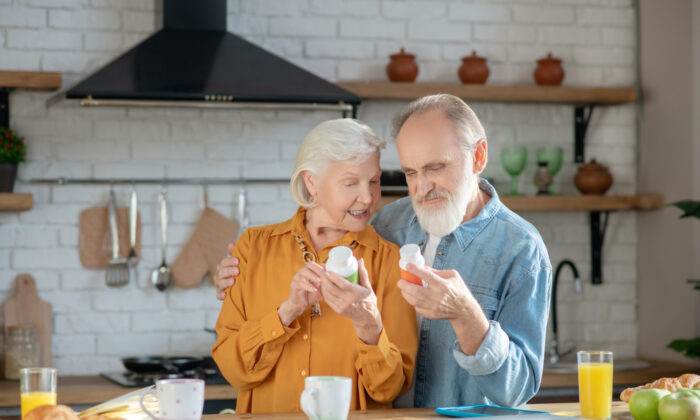 The National Institute of Health (NIH)’s follow-up study on participants that were part of an eye supplement study has revealed that elevated lung cancer risks linked with the supplement still exist around 30 years later.

The study found that though the current Age-Related Eye Disease supplement (AREDS) for eye diseases is effective at slowing the progression macular degeneration and safe for consumption, participants who consumed the original supplement as part of the first trial still carried elevated risk of lung cancer linked to the ingredient in the original formula, despite having switched to the safer formula for many years.

“This 10-year [follow-up] data confirms that not only is the new [supplement] formula safer, it’s actually better at slowing AMD progression,” said Dr. Emily Chew, director of the Division of Epidemiology and Clinical Application at the National Eye Institute and lead author of the report.

The first study on the AREDS supplements took place from 1992 to 1998 under funding by the NIH. All the participants of the study either had age-related macular degeneration (AMD), cataracts, or both.

The findings of the study, published in 2001, found the supplement to be effective at slowing age-related macular degeneration.

However, two concurrent studies published in 1996 during the study found beta-carotene—a compound in the AREDS supplements—increased people’s risks of lung cancer, particularly in smokers.

The ARES supplement formula was therefore changed, with beta-carotene switched with lutein and zeaxanthin compounds not linked with an elevated risk of lung cancer, and the same participants were recruited for a subsequent study from 2006 to 2012 to test for the safety of the supplement.

The second study found lutein and zeaxanthin to be a safer alternative for beta-carotene, and did not increase risk of lung cancer in consumers.

Following the second study, the most recent study was conducted as a follow-up from 2012 to 2018, with the findings published in 2022.

Whilst the follow-up study confirmed the improved safety of the supplements and associated benefits of the product for slowing macular degeneration, the report also revealed that participants that were in the group that tested with beta-carotene in the first study continued to carry almost twice the risk for lung cancer despite switching to AREDS2 in the second study and in daily life.

“The results of this epidemiologic follow-up study of the AREDS2 clinical trial suggest further support for the safety of lutein/zeaxanthin as a replacement for beta-carotene in the original AREDS supplement,” wrote the authors.

“These data, combined with data from previous studies, suggest that beta-carotene should not be included in the AREDS2 formulation.”

The news comes as NIH’s royalty-bearing license to Bausch and Lomb’s AREDS supplements ended in 2021.