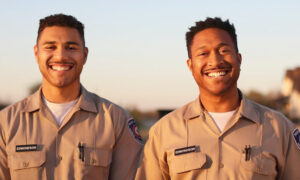 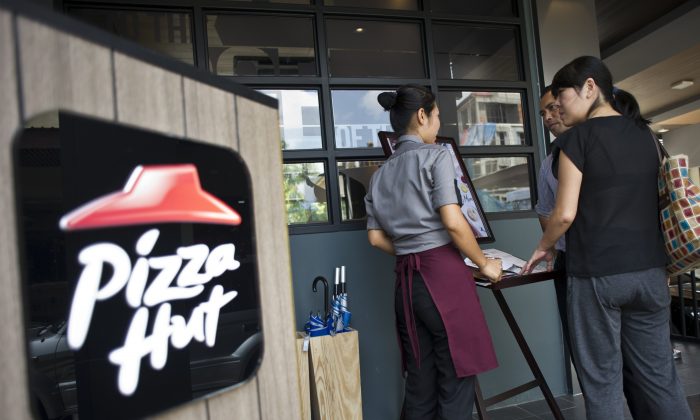 Eight-year-old Ruby Higgs was eating pizza at Pizza Hut with her grandparents when she started crying, with blood running from her mouth.

Inside her ham and mushroom pizza was an earring, and Higgs had bitten into it, the Portmouth News reports.

This is 8-year-old Ruby, who bit down on her meal at Pizza Hut to get someone’s tongue/nose ring in her mouth.1/2 pic.twitter.com/9jXx4rFvjX

The Pizza Hut was located in Portmouth, southern England.

”It’s disgusting. She was shocked to have something like that in her food, as you don’t expect anything like that,” said Ruby’s mother, Stacey, who has called for the restaurant chain to launch an investigation, and also ban their employees from wearing jewelry.

“‘They shouldn’t have had it on, all I want is answers and I don’t want it [to] happen again,” Stacey told Portmouth news. “It could have easily been swallowed and it could have stuck in her throat. It could have killed a younger child, which is what frightens me.”

The manager of the store has offered the girl’s family a free meal, and the spokesperson said that it was an “isolated incident,” although stories about sharp objects found in Pizza Hut meals aren’t hard to find.

In March, a British teenager found a chunk of a knife in a pizza he had ordered from the chain, the Metro reports, and in June, Pizza Hut launched an investigation of complaints that a London location was making pizzas that had “nuts and bolts” on it, the Standard reports.