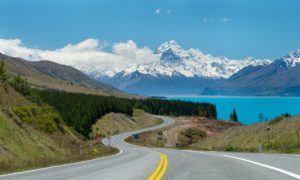 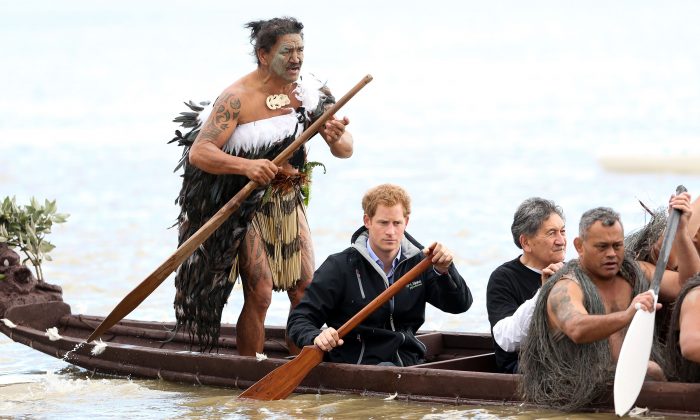 Ned Tapa and Prince Harry paddle a waka down the Whanganui River after a visit to Putiki Marae on May 14, 2015 in Wanganui, New Zealand. Prince Harry is in New Zealand from May 9 through to May 16 attending events in Wellington, Invercargill, Stewart Island, Christchurch, Linton, Whanganui and Auckland. (Hagen Hopkins/Getty Images)
Destinations

Eight Activities to Do in New Zealand (Like Prince Harry)

Prince Harry’s week long Royal tour of New Zealand came to an end last week. We take a closer look back at his adventures.

Prince Harry’s week long Royal tour of New Zealand came to an end last week during which time he visited remote islands and paddled with indigenous Maori in a traditional canoe and even greeted them in their native language. He spent his final day in Auckland participating in a friendly five-a-side soccer game and left on a high by scoring the winning goal.

We take a closer look back at his adventures through the land of the long white cloud.

Prince Harry explored rugged coastline and temperate rainforests while trekking across Stewart Island and Ulva Island, which together have over 300km of trails. Just a 20-minute flight or 60-minute ferry voyage from the mainland across the Foveaux Strait, Stewart Island is the country’s third largest island renowned for its untouched natural beauty. The island’s Rakiura National Park is home to an abundance of wildlife with pods of bottlenose dolphins, albatross and kakariki parakeets all spotted off the island’s shores and in its trees. With 270 hectares of protected rainforest on neighbouring Ulva Island, wildlife lovers and adventurers will not want to miss two of New Zealand’s best-protected nature reserves. Don’t miss:

Stewart Island From the Air

Stewart Island Flights offers exhilarating flights over Stewart Island for a unique way to see Rakiura National Park. Arrive in style and touch down on the wild Mason Bay Beach to explore the coastline and forests on foot. www.stewartislandflights.com

New Zealand’s rare and iconic Kiwi bird thrives on Stewart Island with over 20,000 inhabiting its forests. Try a guided twilight tour with Bravo Adventures for the best chance to spot a Kiwi. www.kiwispotting.co.nz

8 Crazy Things to Do in New Zealand

Shimmering at the foot of a towering mountain range, Lake Wanaka’s crystal clear waters stretch for 45 kilometres, providing a perfect playground for jetboarders, sailors and kayakers. Prince Harry took a break from his Royal duties to enjoy some downtime with a private overnight visit at the luxury boutique Riverrun Lodge on Lake Wanaka. The Prince enjoyed a personalised lunch prepared by Chef Karen Marinkovic, which included local delicacies such as Aoraki salmon, Blue River sheep’s cheese quiche and Cardrona merino lamb. All washed down with Mt Difficulty Roaring Meg Pinor Noir, a local favourite. Don’t miss:

Lake Wanaka is one of the best places in New Zealand to skydive. Freefall from 15,000 feet with overlooking the stunning lakes and Southern Alps with Skydive Wanaka. www.skydivewanaka.com