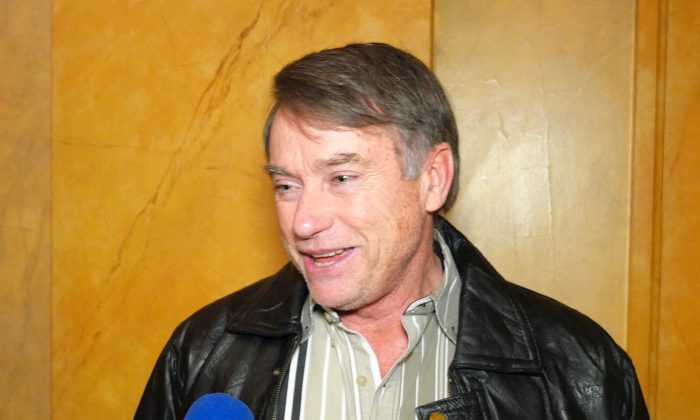 John Shevlin saw Shen Yun at the Academy of the Arts on Jan. 8, 2016. (Courtesy of NTD Television)

PHILADELPHIA—Two individuals in the education field, attending separately, both left the inaugural showing of Shen Yun Performing Arts this year with the distinct impression of a soul, or spirit, to the performance that was hard to put into words.

John Shevlin, a schoolteacher who has taught science to Chinese students for nearly a decade, gave the show a high rating for its dance, music, and choreography—but said that he particularly “liked the spiritual part of the show.”

“I did not know that they were suppressing the culture” in China, he said, in reference to the fact that Shen Yun is unable to enter China because of the restrictions on freedom of expression and the arts by the communist regime.

I think that the culture is the soul of the people.
— John Shevlin

“I think that the culture is the soul of the people. And without your soul, you have nothing,” Mr. Shevlin continued. He felt the show was “trying to establish a relationship with their families, and with their creator, and culture, and history—that is so important to people. And when you take these things away, you really have nothing. You just have materialism.”

He said he’d tell his Chinese friends and students that he “saw a very beautiful show, and if they get a chance they should come see it.”

Tammy Williams, who works in the field of global education, said that after being intrigued by Shen Yun’s advertising for several years, she finally came and concluded that she’d be coming back next time.

“I enjoyed the performance a lot … It really resonated with me. The fashion, the costumes—it’s spiritual. It really just touched me so much that I enjoyed it, and I know that we will be coming back again.”

Ms. Williams continued: “It was the music, it was the backdrops, it was the colors, it was everything coming together that could almost bring you to tears.”