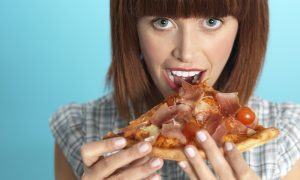 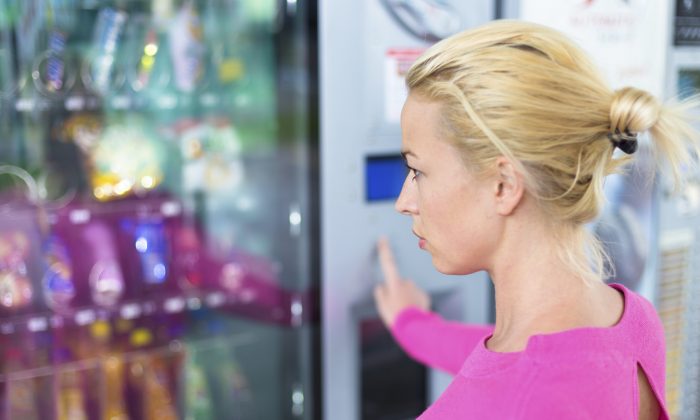 It is well known that in recent years, restaurant portion sizes have steadily increased, and many single meals at fast food outlets and restaurants pack in enough calories for an entire day. Overall in the U.S., we are surrounded by calorie-dense food all the time. Today, we eat more and more often than we did 20 or 30 years ago. We eat constantly. Calorie-dense, nutrient-poor snacks are everywhere. And many of our beverages contain enough calories to be meals in themselves.

However, “eat smaller, more frequent meals” is common weight loss advice — supposedly, if we eat more often to “keep blood sugar stable,” we will avoid overeating. But does this really work? Is it sound advice for reducing caloric intake overall? The research says no — eating more frequently actually appears to promote weight gain.

In a recent study, researchers examined three potential drivers of increased calorie intake: portion size, number of eating occasions, and calorie density of meals. Although portion sizes were responsible for much of the caloric increase up to 1991, by far, the greater number of eating occasions was the strongest driver of increased calorie intake, accounting for 22 of the 28 calories/day/year increase the researchers observed since 1977.

To maintain a healthy weight we need to eat fewer total calories; eating primarily nutrient-dense (rather than calorie-dense) foods and eating fewer times per day both will help to achieve this goal. Foods with a low calorie-density (high nutrient-density) like greens, other vegetables, and fruits are associated with reduced total calorie intake, higher nutritional quality, and lower body weight. Conversely, foods with a high energy-density are associated with greater calorie intake. Also, contrary to the conventional wisdom, the majority of studies have not found any weight-loss or calorie-reduction benefit to eating more frequently. Consuming a snack has been found not to cause a compensatory decrease in calorie consumption at the next meal. Ultimately, snacking most often results in increased daily caloric intake. Furthermore, most studies have shown that there is no weight loss advantage to dividing a diet of the same number of calories into a greater number of meals.

Eat only when you are truly hungry. For most people following a healthy diet, this will not be more than three times a day. The key factor for weight loss is improving the quality of your diet. Scientific research has demonstrated has shown that eating healthy food brings a greater level of satiety, and significantly reduces or eliminates the uncomfortable symptoms of toxic hunger, leading to greater meal satisfaction, reduced calorie intake, and attainment of a healthy weight.