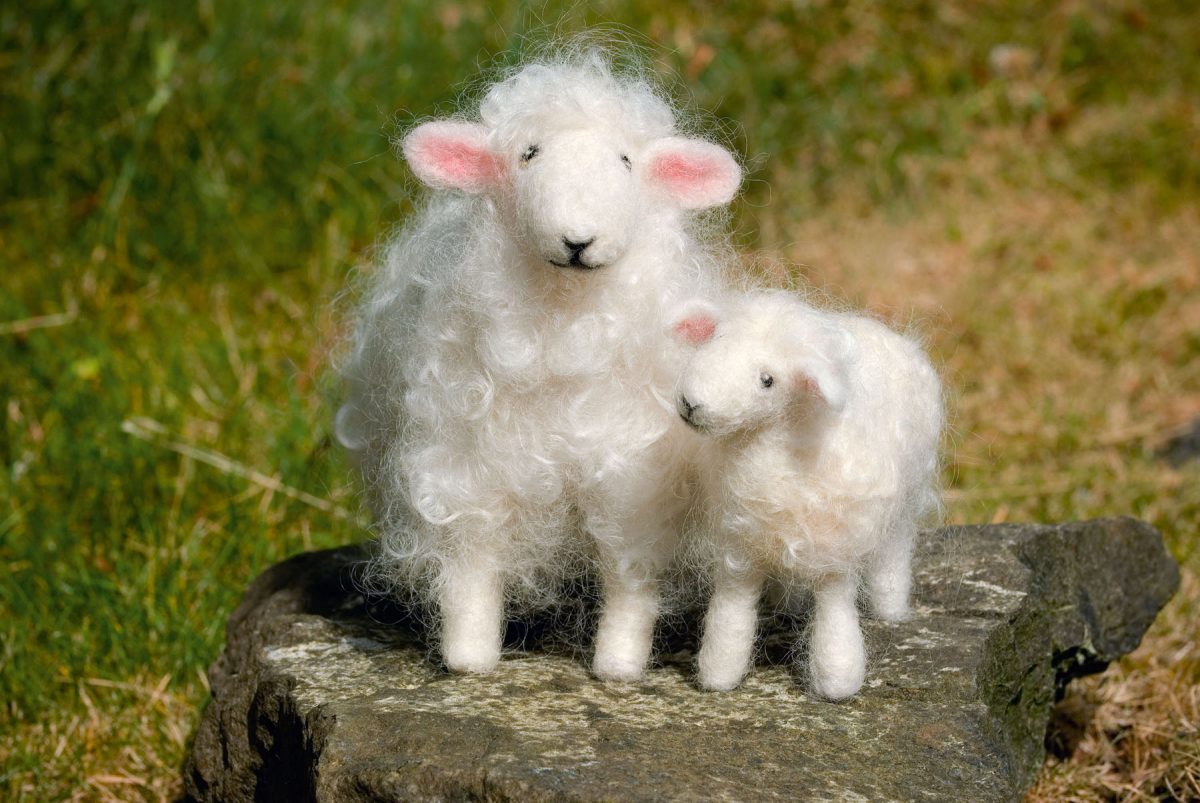 Needle-felted sheep from the book “Wool Pets.” Needle felting is an easy craft to learn, and crafters can fashion cute critters for the holiday dinner table or to give as gifts. (Kevin Sharp/Wool Pets and Creative Publishing International via AP)
People

BY The Associated Press TIMENovember 26, 2015 PRINT

“It’s got one of the least bumpy learning curves of anything I’ve ever seen,” said Wynne Reynolds, a mixed-media artist who teaches needle felting at Fancy Tiger Crafts in Denver, Colorado.

“It can pretty quickly resemble something,” said Laurie Sharp, of Suquamish, Washington, who has written three needle-felting project books. “A blob with wings becomes an owl. A pink blob and four smaller blobs become a pig.”

The craft is forgiving. Make a mistake? Pull the colours apart and start over.

The craft is forgiving. Make a mistake? Pull the colours apart and start over.

With a few instructions gleaned from a good book, YouTube tutorial, or teacher such as Reynolds, crafters can fashion cute critters for the holiday dinner table or to give as gifts. Needle felting is portable, and requires few supplies: wool, a needle and a foam pad.

Getting started is inexpensive. Wool roving costs a few dollars an ounce at craft stores and online, and one ounce generally lasts a long time, depending on your project, said Reynolds.

She said it’s easy to get sucked into needle felting’s simple charms.

“It’s really soothing. It gets your mind in such a different space. You can’t really be thinking about anything else.”

Sharp writes about the materials, tools, and basic techniques in “Wool Pets” (Creative Publishing International), which includes 20 projects, from an owl to a border collie. The book launched a business: She and her husband, Kevin, sell needle-felting kits via their Wool Pets website and at craft stores nationwide.

Needle felting is not as permanent as wet felting, but a crafter can enmesh the wool fibres tightly to mold solid forms.

“With needle felting you just take a ball of wool and you start poking, and that’s all there is to it,” said Sharp. “You can do as much or as little as you want. It’s instantly gratifying. It’s so simple but it has endless possibilities.”

Poking a sharp needle into a rolled ball of fluffy wool to tangle its fibres into a firmer mass does require some finesse, she adds: “People always say to me, ‘Oh, what a great way to work out your aggressions,’ and I say, ‘No, no! That’s not the idea. You’ll break your needle.'”

“There’s an art to the delicacy of it,” she explains. “You can’t be too aggressive.”

The foam pad protects the work surface, anchors the wool, and helps keep fingers from being poked by the sharp needle. (Avoid poking your finger by working the needle up and down into the wool but not all the way through it, said Reynolds.)

Sharp, a school speech pathologist, takes small needle-felting projects to school meetings; the quiet, gentle work keeps her hands busy so she can listen. She also takes a project in her purse on “ferryboat rides and in airplanes.

“People stop and stare all the time and they ask, ‘Just what are you doing?'” she said.

For Reynolds, needle felting helped her envision her other artwork more three-dimensionally.

“Before I was needle felting, I would say, ‘That’s not my thing—I’m not a sculptor.’ But now I am,” she said.