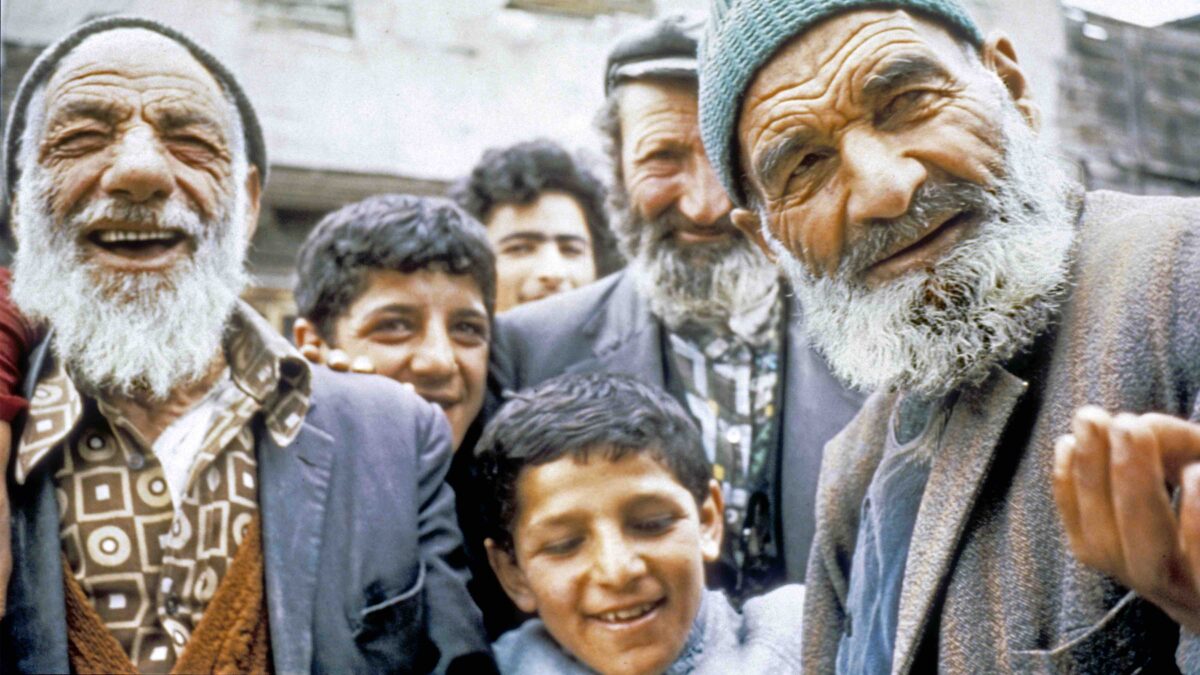 I’m in Kastamonu, five hours northeast of the Turkish capital of Ankara. It’s a town that has yet to figure out the business of tourism. The business hotel where I’m staying is cheap and comfortable, but not slick. I hand a postcard to the boy at the desk, hoping he can mail it for me. He looks it over a couple of times on both sides, compliments me, and politely hands it back. As I leave, he raises his right hand and says, “Hello.”

While changing money, I’m spotted by the bank manager, who invites me into his office for tea. I am his first American customer, so he wants to celebrate.

Outside, a gaggle of men wearing grays, blacks, and browns is shuffling quietly down the street in a funeral procession. A casket floats over them as each man jostles to the front to pay his respects by “giving it a shoulder.” Turkey is a land of ceremonies. Everyday life here is punctuated with colorful, meaningful events. I’m always on the lookout, traveling with sharp eyes, hoping to add to my knowledge of the folk culture. Who knows, as the dust from the funeral procession clears, I may see a proud eight-year-old boy dressed like a prince or a sultan on a horse — riding to his ritual circumcision.

My plan is to continue driving inland, exploring further into Anatolia. While Istanbul and the western coast get the lion’s share of Turkey’s tourism, I’m looking for maximum cultural thrills, so I know I should head east.

Under 10,000-foot peaks, my guide and I drive up onto the burnt, barren, 5,000-foot-high Anatolian plateau to Erzurum, the main city of eastern Turkey. Life is hard here. Blood feuds, a holdover from justice under the Ottomans, are still a leading cause of imprisonment. Winters are below-zero killers. Villages spread out onto the plateau like brown weeds, each with the same economy: ducks, dung, and hay. But Allah has given this land some pleasant surprises. It’s a harsh land, but gentle at the same time. The parched plain hides lush valleys where rooftops sport colorful patches of sun-dried apricots. You can crack open the sweet, thin-shelled hazelnuts with your teeth. Teenage boys prefer girls who dress modestly, and shepherd children still play the eagle-bone flute.

Entering a village, we pass under a banner announcing, “No love is better than the love for your land and your nation.” The town takes us warmly into its callused hands. A man with a donkey cart wheels us on an impromptu tour. Each house wears a tall hat of hay — food for the cattle and insulation for the winter. Mountains of cow pies are neatly stacked, promising warmth and cooking fuel for the six months of snowed-in winter on the way. Veiled mothers strain to look through my camera’s viewfinder to see their children’s mugging faces. The town’s annually elected policeman brags that he keeps the place safe from terrorists. Children scamper around women who are busy beating raw wool with sticks — a rainbow of browns that will one day be woven into a carpet to soften a stone sofa, warm up a mud-brick wall, or serve as a daughter’s dowry.

Driving east from Erzurum, we set our sights on the northeast corner of Turkey, marked by the 17,000-foot summit of Mount Ararat. Villages growing between ancient rivers of lava expertly milk the land for subsistence living. After a quick reread of the flood story in Genesis, I think that this stark, sun-drenched, and windswept land has changed little since Noah docked.

On a ridge high above our car, I can make out the figure of a lone man silhouetted against a bright blue sky waving at us. The sight reminds me that this is a part of West Asia where mighty nations come together, denying the Kurds who live here a land of their own. The lone sentry is one of 10 million Kurdish Turks; many of them would like their own country. The turmoil in Iraq — and the prospect that those Kurds could form an autonomous nation — has reignited this prickly issue. One thing is for sure: Turkey does not want to share a border with an independent Kurdistan.

When I get up early the next morning to see the sun rise over Mount Ararat, I also see a long convoy of Turkish army vehicles. It reminds me that our world is a complicated place in which the daily news is just a shadow play of reality. What’s so often missing is humanity. And to get that, you need to travel.