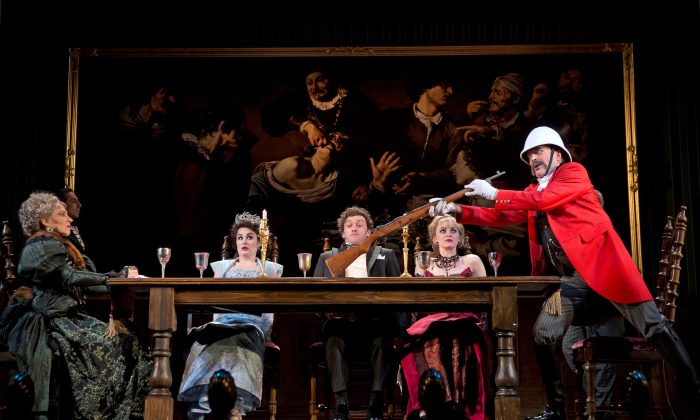 NEW YORK—Winners for the 59th Annual Drama Desk Awards were announced the evening of June l at the Town Hall in New York City.

Drama Desk was founded in 1949 to explore key issues in the theater and bring together critics and writers to support the ongoing development of theater in New York. The organization began presenting the awards in 1955 and is the only critics organization to honor achievement among Broadway, off-Broadway and off-off-Broadway productions in the same categories.

Outstanding Revival of a Musical: Hedwig and the Angry Inch

Outstanding Actor in a Play: Bryan Cranston, All the Way

Outstanding Actor in a Musical: Neil Patrick Harris, Hedwig and the Angry Inch; and Jefferson Mays, A Gentleman’s Guide to Love & Murder (tie)

Outstanding Director of a Musical: Darko Tresnjak, A Gentleman’s Guide to Love & Murder

Outstanding Music in a Play: Nico Muhly, The Glass Menagerie

There were also special awards given to various individuals and theater organizations, including Soho Rep, Veanne Cox, Ed Sylvanus Iskandar (the Sam Norkin Off-Broadway Award), The Open House, The Realistic Joneses, and Will Eno.