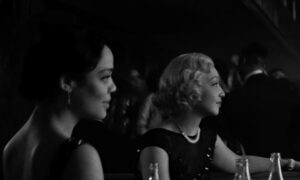 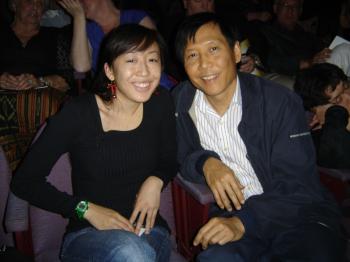 Divine Performing Arts' December 22 show in Sarasota, Florida delighted many accomplished and influential members of society. Yale-trained physician scientist Dr. Lin, for example, watched this performance with his wife Suzanna and children Laura and Brian. Dr. Lin is board-certified in anesthesiology. He has experience in emergency medicine and internal medicine as well. Dr. Lin is also the founder, president, and CEO of Ingenious Technologies Corporation, where he created numerous inventions that enhance medical devices, pharmaceutical technologies, telecommunications, and automotive safety. Moreover, Dr. Lin is chairman of the gulf coast Chinese American association and a director of the 80-20 Initiative.

According to Dr. Lin, 80-20 Initiative, the largest Asian American political action committee in the US with some 700,000 members, is making landmark progress for promoting equal opportunity and justice for all Asian Americans. In particular, Dr. Lin is advocating for the Obama administration to enforce President Johnson’s executive order 11246 for Asian Americans. That equal-opportunity decree has long been enforced for African Americans, Hispanics, and women.

As a physician, entrepreneur, and community leader, Dr. Lin hardly spends any time with his family. In fact, watching the DPA performance together was Dr. Lin’s first time out with the family this year. “I’ve been consistently impressed,” Dr. Lin said, “every show gives me another element of pride.” Dr. Lin ranks the DPA performance “among the very best … the most artistic and culturally refined performances I’ve seen.” Dr. Lin also found the performance “very entertaining, I highly recommend it. It’s a must see.”

Scores of DPA artists have conducted painstaking research and undergone rigorous training to ensure their shows vividly project the splendor of China’s ancient civilization via Chinese classical dance. A unique creative artistic medium passed down from the imperial courts and refined over the centuries, Chinese classical dance expresses meaning, spirit, and strength through a combination of advanced techniques, energy, flexibility, inner feelings, postures, and synchrony.

Dr. Lin praised the rosy fans in Welcoming the Spring and the flowery, colorful skirts in The Yi ethnic Dance, saying “the form was very delicate and feminine.” As for the integration of the computer-generated, 3D backdrop with the dances, Dr. Lin said “that was very impressive, and it goes to show how they managed to use advanced techniques to add special elements like the avalanche and people appearing to come out of the sky and then emerging on stage. It was very well done.” Dr. Lin observed that the Chinese civilization’s tremendous artistry, ancient heritage, and peaceful character were evident in the DPA performance. “The message that I sense is peace and harmony,” Dr. Lin said.

For millennia, Chinese people believed in their connection with the heavens, so naturally, any authentic Chinese cultural performance would present some spiritual elements of China. Dr. Lin said the spiritual parts were “all very good.” Lyrics in the last song by a baritone suggested that everything depended on one thing. Dr. Lin guessed that one thing was “to see the truth. As westerners say, the truth shall set you free. So we all need to know the truth and be guided by it.”

One dance portrayed the spiritual meditation Falun Dafa’s healing power. From a medical perspective, Dr. Lin commented that “any time that you are able to bring peace, tranquility, and hope into the mind, you boost your immune system, so there is no question that [Falun Gong’s healing] has merit.” Dr. Lin added that the positive teachings of Falun Gong and other forms of positive thought can also improve health.

On another note, the Lins enjoyed DPA’s embodiment of diversity by including not only ethnic Chinese dancers, but also Caucasian and Indian dancers. Dr. Lin pointed out that “Chinese is a very diverse people. We have blonde blue-eyed Chinese, as well as very dark skinned” Chinese. Dr. Lin gave high remarks to the Caucasian emcee for his ability “to speak some Chinese and inject elements of humor … [the performance] was very thoughtfully done.”

From watching the DPA performance, Dr. Lin said today's Asian Americans “can take great pride in the extremely rich heritage that we have. We are a people who have contributed enormously to humanity, both in arts and sciences. I believe that we will continue to demonstrate ourselves as a people who are interested in peace and harmony and to contribute more.”

The Epoch Times is a proud sponsor of the Divine Performing Arts 2009 World Tour.
Please see DivinePerformingArts.org for more information.