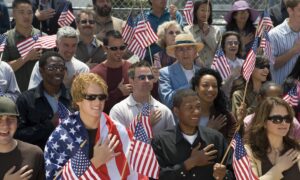 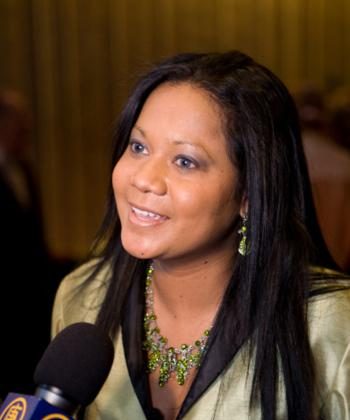 By Many Ngom
Print

MONTREAL—The opening show of the Divine Performing Arts 2009 World Tour in Montreal welcomed Members of Parliament and other dignitaries in attendance. Giving her impressions on the first part of the show, MP Ève-Mary Thaï Thi Lac of the Saint-Hyacinthe-Bagot constituency said, "I would say it's quite majestic, it makes you speechless. I would tell you it's something very graceful, very good, which shows us actually a part of the culture of China through the millennia, it's very good.

"In this show, what's brought out is the original, pure culture of China. But I would say even more, because often we see that in China culture is often oppressed. But in this show, we can truly see opinions.

"It's a display of our freedom and our expression, and this is something majestic that tonight you can see in these dances. In countries where often democracy is not necessarily an adage, we think that this culture is often closed and isn't shown to its full value, and tonight what we see is freedom—it's pure expression, and I invite everyone … I know it's a packed house while they're here, but I hope they will come back in future years."

Expounding on the traditional Chinese culture shown in the performance she said, "Indeed, everything that recalls the roots. One can't forget that in China there are several cultures, there are several ethnicities, but actually the Chinese tradition that we know here [in Canada] is a more diluted tradition.

"I find it [the show] actually recalls very profound origins of the Chinese people, and it is something majestic to see. And for people—myself who is of Asian origin—it's something that comes close to my origins. I see dances that are quite Asian, not only Chinese but truly on an Asian level."

Her favorite piece: "I liked the piece about Tibet a lot [Dance of the Snow-Capped Mountain], myself being Buddhist, it's something that indeed called to me. But I would say that on the whole, the pieces, the dancers, are very graceful. We can also see they are enjoying themselves on stage, and I think that is also important!"