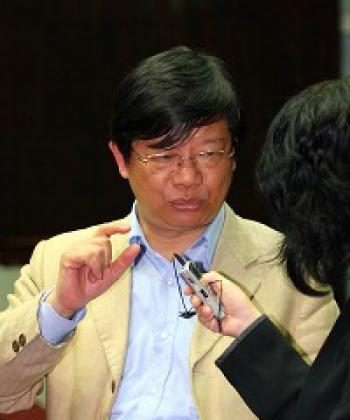 A Call for Humanity

TAIPEI, Taiwan—“The Divine Performing Arts’ (DPA) show was so colorful. It conveyed a solemn implications inspiring people to become righteous. It is a call for humanity,” said Professor Li Ruiheng, Dean of the College of Liberal Arts, National Central University.

He attended DPA’s second show in Taipei with his wife, Ms. Yang Jinyu, on Feb. 26.

He said, “The show was very dynamic, and the entire presentation was very smooth, like the meaning of the Chinese character ‘rhyme.'”

Noticing so many people packed in the lobby of the Taipei International Convention Center around 7 p.m., Professor Li was very surprised. He said, “Wow, so many people are here!"

After the show, he looked back to see the audience members on the third, fourth and the fifth floors, and exclaimed, “It is spectacular.”

As a prominent person in Taiwan, Mr. Li expressed that most of the stories in the program were familiar to the audience members and the implications of these stories were merged into the dance and music with modern approaches. He remarked that the presentation is very good.

He also pointed out that most of the dances were performed by a large group of dancers, which made him feel "absorbed" in the their energy. He said that the aesthetic effects were superb, saying that their movements were in perfect unison.

“The dancers’ demeanor was very good, they were dedicated and had bright smiles on their faces,” he said.

Speaking of the master of ceremonies, Li commented, “The male master of ceremonies is a foreigner, but he seemed to be familiar with Chinese classics, and it seemed that he could use our everyday-life language to introduce the program easily. I didn’t see any gap between the audience and him."

Professor Li Ruiteng is a famous scholar, and has taught at various universities. He has also written many literary works.