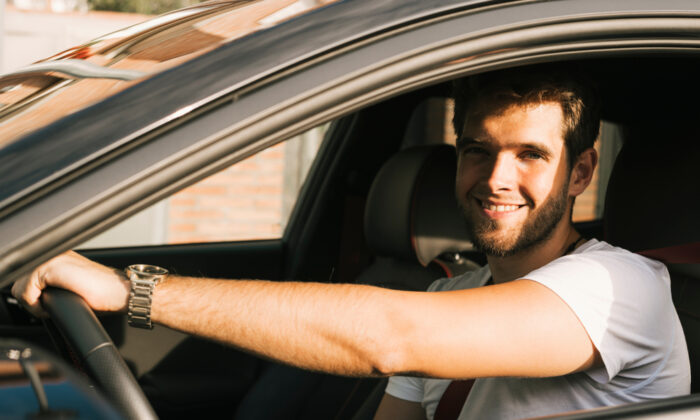 One day, a few years ago, after a hard day’s work, I had taken the family car to the car wash and had gone to pick up my wife from work. I was sitting in the car with the window rolled down when I saw, coming across the parking lot, what society would consider a bum. He was wearing dirty clothes and a dirty ball cap, and had just come from the direction of the dumpster.

I began thinking: “I hope he doesn’t ask me for money. We are going out for dinner and I have just enough money.”

He didn’t ask. He came over next to where I was parked and sat on the steps leading up to the second level of the building. Looking over and seeing that my car window was down, he spoke. “That’s a nice car.”

Although his clothes were torn and dirty, he had a polite way about him.

I said thanks, stepped out of the car, and walked around to the opposite side, pretending to inspect it—for what, I don’t know. While I did so, he just sat there quietly. I kept expecting a plea for money, but it never came.

As the silence continued, something inside of me said, “Ask him if he needs any help.”

I was sure that he would say yes, but I obeyed the inner voice. “Do you need any help?” I finally asked.

He rose and turned toward me. It was then I noticed a large abscess on the side of his face, somewhat obscured by the baseball cap. He answered my question with three simple but profound words that I will never forget. We are prone to look for wisdom from those who have higher learning and have accomplished great things. I expected nothing except an outstretched grimy hand. The three simple words he spoke left me momentarily speechless. “Don’t we all?” he said.

I was feeling high and mighty, at least more successful than this “bum,” until those three words hit me like a ton of bricks. “Don’t we all.”

Yes, I needed help. Maybe not for monetary or health reasons, but I needed help. I reached in my wallet and gave him the money I was going to use for dinner. But those three little words kept repeating in my mind.

You never know when you may see someone who appears to have it all. They may be waiting on you to give them what you don’t have—a different perspective in life, a word of hope, a change that only you, through loving eyes, can see.

A short time later, I learned from my wife that the man wasn’t a homeless stranger wandering the streets. He was, in fact, Kenny, the janitor who worked for the office complex where my wife’s address was. He was given a small room by management for his work. As I came to know Kenny, I learned that he had gone through some very troubling times. I was able to bring him food and clothing from time to time and share conversations with him.

After receiving his social security check one month, about a year after our first encounter, Kenny walked into my wife’s nonprofit organization’s office and handed her $50, because he wanted to show his appreciation for all we had done for him.

Shortly thereafter, he was placed in a nursing home after having received treatment for his cancer. Within the next year, Kenny slowly began to lose his battle with cancer and asked me to become his executor, making all the decisions for his care and final days, during which time he reaffirmed his faith and made peace with his family, whom he had become estranged from over the years due to past drinking problems.

A special note: Next time the Relay/Walk for Life comes around, put on your walking tennis shoes and join the survivors who’ve made it through their cancer treatment. Cancer survivors will make the first lap.

I used to watch episodes of the “Survivor” television show, but when I watched my wife and other cancer survivors take that first lap, I was there cheering them on. It was the greatest survivor episode I’ve ever watched.