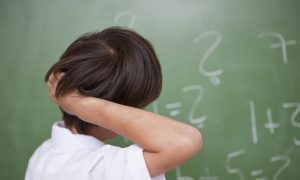 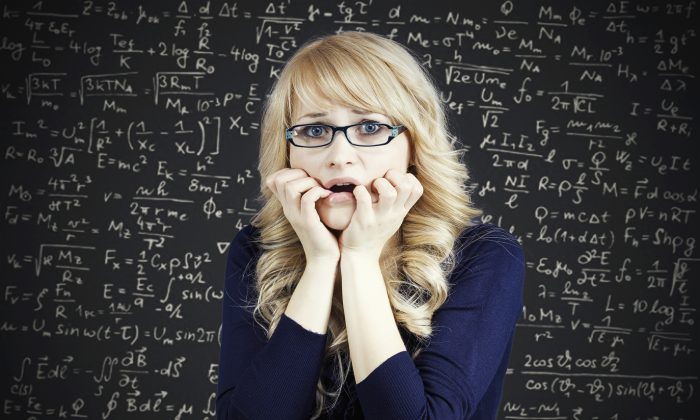 It’s been quite a year for mathematics problems on the Internet. In the last few months, three questions have been online everywhere, causing consternation and head-scratching and blowing the minds of adults worldwide as examples of what children are expected to know these days.

As a mathematician, I suppose I should subscribe to the “no such thing as bad publicity” theory, except that problems of this ilk a) usually aren’t that difficult once you get the trick, b) sometimes aren’t even math problems, and c) fuel the defeatist “I’m not good at math” fire that pervades American culture. The inability to solve such a problem quickly is certainly not indicative of a person’s overall math skill, nor should it prompt a crisis of confidence about the state of American math aptitude.

When Is Cheryl’s Birthday?

Few months ago, the Internet erupted with shock that 10-year-olds in Singapore were asked to answer the following question on an exam.

Except that it wasn’t for elementary school students at all; rather it appeared on an Asian Olympiad exam designed for mathematically talented high school students. What’s more, this isn’t even a math problem, but a logic problem. It’s true that students tend to learn formal logic via mathematics (plane geometry in particular), so it is common to see problems of this type in mathematics competitions. When I was in junior high, we spent a good deal of time on these puzzles in my language arts class, and I met them again when taking the GRE prior to entering graduate school (the test contains a whole section of them).

If you’re stumped, check out a solution to the problem.

A month later, we heard about a third-grade teacher in Vietnam who set the following puzzle for his students. Place the digits from 1 to 9 on this grid, using each only once (the “:” represents division).

This reminds me of the (probably apocraphyl) story of one of the greatest mathematicians in history, Carl Friedrich Gauss. Legend has it that when Gauss was 7 or 8, his teacher, wanting to occupy his students for a while, told the class to add up the numbers from 1 to 100. Gauss thought about it for 30 seconds or so and wrote the correct answer, 5,050, on his slate and turned it in.

The puzzle above has a similar feel. It’s really a question about knowing the order of arithmetic operations (multiplication/division, addition/subtraction, in that order). Beyond that, it just takes trial and error; that is, it’s kind of just busy work. Someone who knows some algebra might be able to generate some equations to gain insight into how you might find a solution.

Another approach would be to open up a spreadsheet program and just try all the possibilities. Since there are nine choices for the first box, then eight choices for the second, and so on, there are only (9)(8)(7)(6)(5)(4)(3)(2)(1) = 362,880 possible configurations, of which only a few will give a valid equation. This can be programmed with very little effort.

Just a couple of weeks ago, students in the U.K. vented their frustration via social media about a problem on the Edexcel GCSE (General Certificates of Secondary Education) mathematics exam. It is a probability question: Hannah has a bag containing n candies, six of which are orange and the rest of which are yellow. She takes two candies out of the bag and eats them. The probability that she ate two orange candies is 1/3. Given this, show that n² – n – 90 = 0. The students’ complaint? It’s too difficult.

I’ve taught math long enough to recognize the pitfalls of setting this problem. The students actually have the knowledge to do it, if they know basic probability, but it is unlike problems they would have practiced. A typical question would indicate the total number of candies in the bag and ask students to compute the probability of a certain outcome. This question gives the probability and asks for a condition on the number of candies. It’s just algebra. You may read the solution (and some humorous memes about the question) here.

A Nation at Risk?

Mathematicians dread cocktail parties because we inevitably have to endure the response we receive when asked what we do: “Oh, I hated (or am terrible at) math.” No other subject in school receives such scorn, nor would we find it acceptable for an adult to admit they are terrible at reading or writing. So when these “unsolvable” problems pop up, they simply reinforce our culture’s math anxiety.

And that’s a real shame, because everyone likes math when they’re young. We all like to count. We like playing with blocks and shapes. We all use math daily whether we realize it or not—reading maps, planning routes, calculating tips. I once had a flooring installer tell me he was bad at math while I watched him lay tile. It’s a myth that all these people can’t do math. When people say they are “bad at math,” they usually mean that they had trouble with algebra, although if you corner them and ask the right questions you can usually make them realize that they use algebra all the time without noticing it. This leads to valid criticisms of how we teach math, but it doesn’t mean we’re a nation of math idiots.

So, the next time one of these outrageous problems comes along, instead of giving in to anxiety, why not think about it for a few minutes and try to find a solution? You might be surprised how satisfying it can be.

Kevin Knudson is professor of mathematics at University of Florida. This article was previously published on TheConversation.com