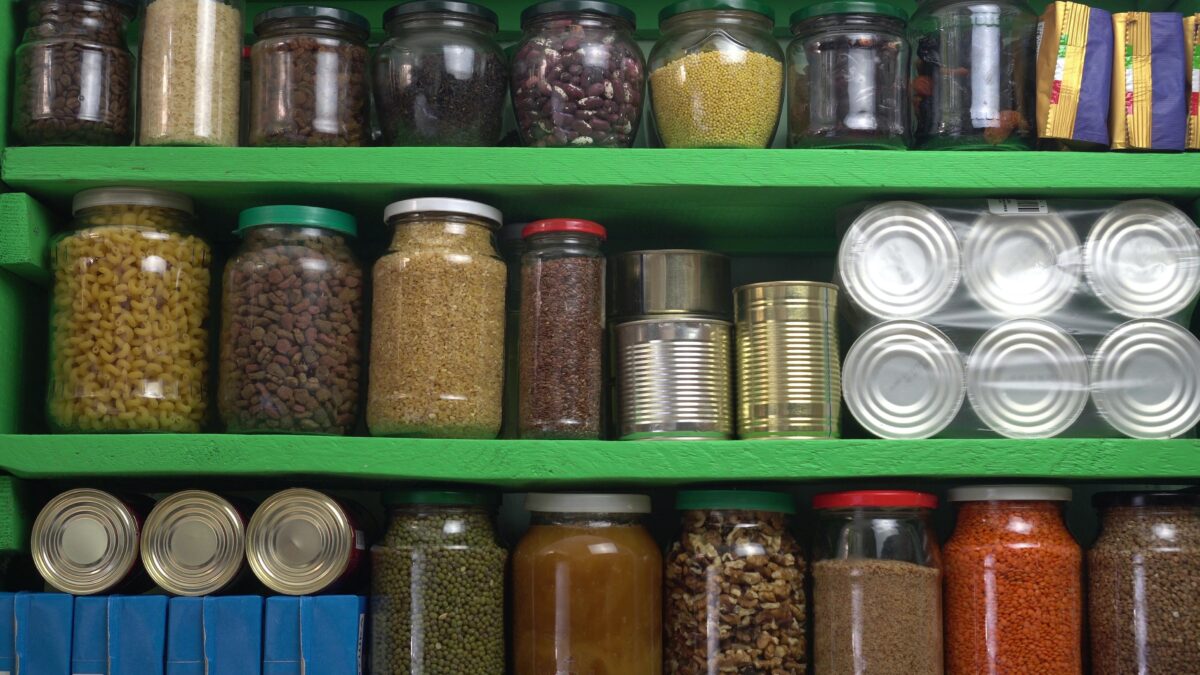 Taking control of your family’s food reserves is empowering and satisfying. (Fevziie/Shutterstock)
Food

Don’t Be Scared; Be Prepared

If there is one thing most people take for granted, it is food. U.S. supermarkets are always well stocked, and we don’t think much about how all that food gets there. When pushed to consider it, I wager that most of us assume there are huge warehouses somewhere filled with enough food to feed the nation for some unknown period of time.

The truth is, as a nation, we have little to no warehousing backup in the event of a supply shortage. Our concentrated supermarket supply system uses a technology known as JIT (Just-in-Time), a method made possible by computers and the internet.

Here’s how JIT works: Instead of every supermarket needing a warehouse to store large quantities of food to be sold locally, computers keep track of inventory, placing relatively small orders daily. This precludes the need for massive warehousing. Retailers know that their orders will arrive “just in time” to keep the shelves filled.

But who cares about all of this, really? And why should we, as consumers, concern ourselves? The system, even with its occasional glitch and hiccup, seems to be working well, so why the fuss?

Most people buy food for one week, give or take. Of course, there are exceptions. For example, I have friends who shop once a month and then force themselves to make it last, while another family we know shops daily for just the next three meals—a very expensive food habit that makes me want to chew my hair, as you can well imagine. My point is that multiple trips to the market based on individual choice allow us to enjoy fresh food without the hassles of having to manage reserves. The integrity of the food supply system never crosses our minds. We take so much for granted.

Not long ago, I had a conversation with an executive of Costco. I asked him how long a Costco warehouse club’s inventory of food would last if suddenly there were no more shipments arriving. He hypothesized that the shelves would be empty within three to five days. At the same time, the manager of my local Vons supermarket confirmed this with a similar “less than a week” response.

Now, imagine that something happens to make the typical American household want a food reserve. This could happen if the current inflation were to morph suddenly into hyperinflation. As people would see food prices escalating beyond reach, they would rush to buy and hoard reserve food while it is still within their price range. Imagine what would happen:

The demand for food would quintuple or more within a short time. Shoppers would see empty shelves in the market, further stimulating panic buying, just as in a hurricane or blizzard.

The best thing we can do to protect ourselves and our families is prepare. The more food you have in storage, the less dependent you are on a system that some theorize has only a three-day supply in its distribution chain. I tell you this not to cause you to panic but to move you toward action.

Start small. Buy a few more of the items on your regular shopping trip. If you would normally pick up four cans of green beans, get six. Instead of one bottle of honey, get two. But if it’s on sale, get four.

For a normal short- to mid-term storage inventory, you should stock up on the foods that you are used to eating. If your family cannot tolerate red beans, don’t waste your time and money on a 25-pound bag because for some reason that seems like a good idea. Instead, invest in your favorite canned white albacore, for example.

Taking control of your family’s food resources is empowering and satisfying. The more you grow your food supply, the less dependence you’ll feel on others. The more nonperishable food you have in reserve, the better you will sleep at night.