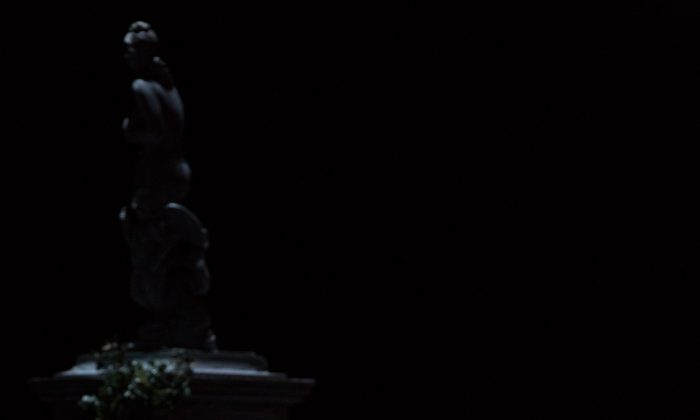 Don Carlo is not the central figure in Verdi’s “Ernani,” but he makes the strongest impression in the current revival at the Metropolitan Opera. That’s because Placido Domingo (playing the role, written for a baritone) again shows off his still potent vocal talent and magnetism.

The title character is a sort of Robin Hood bandit, and he, along with the other male leads, is in love with Elvira. However, by the end, the only victor in this melodrama is the Spanish code of honor. Enrico Caruso once quipped that it is easy to put on “Il Trovatore.” “All you need are the world’s four best singers.” The same might be said of this earlier work.

The third act basically belongs to Domingo.
The plot is so absurd that modern audiences must wonder how the opera and the play from which it was derived (by Victor Hugo) stirred up such political passions. Nowadays, all we can see is a spectacle about the rise of the emperor of the Holy Roman Empire in the 16th century, while the three suitors (one of whom is the future emperor) try to gain the hand of lovely Elvira in marriage.

“Ernani,” the fifth of Verdi’s operas, was his first collaboration with Francesco Maria Piave, who later provided the librettos for “Rigoletto” and “La Traviata,” among others. The title character is a bandit who lost his title and wealth during a civil war. At the beginning of the opera, he outlines a plan to his band of outlaws to save his beloved Elvira from her impending marriage to her elderly uncle, Don Ruy Gomez de Silva.

While Elvira waits for Ernani in her room, Don Carlo (the king of Spain) appears, declares his love, and tries to abduct the young woman. She fights him off with a knife until Ernani arrives and is about to start a duel with the ruler when Silva shows up, surprised to find he has so much competition. As soon as he learns the identity of the king, the old man apologizes—Don Carlo accepts since he needs Silva’s help in his upcoming election for Holy Roman Emperor—and Ernani makes his getaway.

In the second act, everyone is preparing for the marriage of Elvira and Silva. Ernani arrives, disguised as a pilgrim. Again, Silva appears at an inopportune time; the couple is embracing. Though he is furious, Silva hides Ernani from Don Carlo. The ruler is angry that Silva won’t turn over Ernani, and Don Carlo takes Elvira as a hostage. After that, Silva and Ernani pledge to take vengeance against the king. The outlaw says that after they accomplish that goal, Ernani’s life will be in Silva’s hands.

Before they and the other conspirators can assassinate Don Carlo, at the site of Charlemagne’s tomb, he is elected Holy Roman Emperor. He initially orders the conspirators executed, but in response to Elvira’s pleas for mercy, he relents and pardons everyone, approving the marriage of Elvira and Ernani.

In the last act, the lovers are alone when Ernani senses something is wrong. Silva intrudes on the romantic scene, demanding that Ernani comply with his promise of committing suicide upon his rival’s request. The bandit tries unsuccessfully to talk him out of it but finally stabs himself, and Elvira does the same.

Verdi typically makes things hard for singers by giving them a demanding aria as soon as, or shortly after, they first appear. Elvira makes an entrance and immediately sings the famous aria “Ernani, Ernani, involami” (“Ernani, Ernani, save me”). Soprano Angela Meade made a strong impression when she performed this role several years ago and again confirms that she is special, with high notes and trills. In the title role, Francesco Meli’s strong voice cut through the orchestra and even managed the romantic scenes with some sensitivity. Bass Dmitry Belosselskiy was convincingly sinister and produced an appropriately dark sound as Silva.

The third act basically belongs to Domingo, as he reflects on the responsibilities of a ruler, foils the assassination plot, and then goes from thoughts of revenge to reconciliation. Don Carlo is the most complex character in the opera, and Domingo is up to the task even though he doesn’t sound like a traditional Verdi baritone.

This was a return of the 1983 production with Pier Luigi Samaritani’s sets and Peter J. Hall’s costumes. The high staircases in every scene are not especially impressive, though the costumes look fine and the lighting by Gil Wechsler is excellent. Peter McClintock’s staging was rather stiff, but this is hardly a script that anyone can take seriously.

In any event, the thrills, under James Levine’s impassioned conducting, were all musical and on this the Met did not stint.