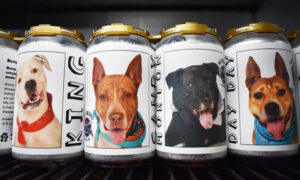 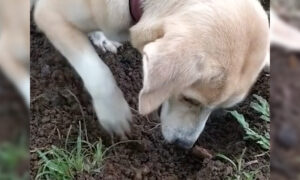 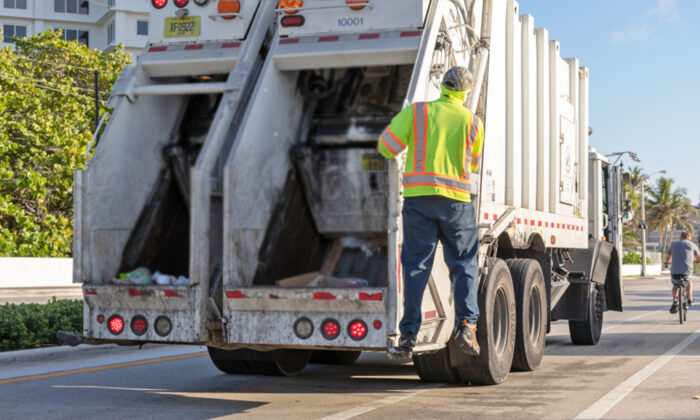 A sanitation worker in California was collecting garbage along near a house in Glendale when the unusual behavior of its resident dog, Sandy, caught his attention.

Sandy usually sits at the window, but that day on July 10, “she was sitting outside so I knew something was wrong,” according to Kirk White, a Glendale Integrated Waste Management Division (IWM) employee, reported KTLA.

“She was barking, it wasn’t aggressive in any way, it was very much like, ‘Hey, I got something to show you, come follow me!’”

White followed Sandy and was led around the house, right up to the fallen owner, 88-year-old Gwendola Morgan Johnson.

Johnson had tripped and fallen on the porch an hour earlier and could not get up. Due to the house’s steep driveway, Johnson could easily see Kirk pulling in the trash bins from her angle, but Kirk was not able to see or hear her.

When White saw Johnson, he recalled, “She was on the floor, unable to get up.

“I know it was very hot that Friday … seeing someone in the sun, that wasn’t right at all.” White helped Johnson up and checked that she was all right.

“We all cried when we saw the video,” said Johnson’s granddaughter Cheryl Malvar, who is a primary teacher at Glendale Montessori School. “Sandy did a good job.”

Sandy, a rescue dog, was adopted by Johnson 11 years ago, and now, he has returned the favor.

“He certainly came to my rescue,” said Johnson, ABC7 reported.

Malvar observed there were two heroes to this story.

“Kirk actually made an effort,” she said. “Not everybody does.”

She added: “He investigated and he was aware enough to know it was off. We love him, and he’ll always have friends here.”

However, White thought what he did was normal.

“If anyone was in that position, just helping another human, that’s what we’re supposed to do,” he said.

The City of Glendale commended both White and Sandy in a Facebook post on Aug. 22, and noted that White worked for IWM through Glendale Youth Alliance, a nonprofit organization that helps low-income and disadvantaged youth get employed.

“Part of the story is that the sanitation worker paid attention to the dog and what it was doing,” commented Karen McKeen Saunders on that post.

“Many people would have ignored the dog… but he didn’t. Good teamwork.”

White did not own a dog himself.

“After this, I was thinking I want a dog like Sandy,” he said. “We can learn something from animals.”