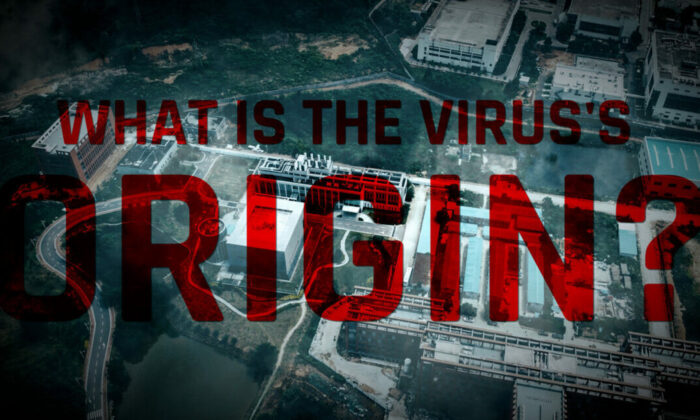 A Fascinating Documentary That Seeks to Illuminate the Possible Origins of the CCP Virus.

By now, almost two years after the beginning of the so-called “pandemic,” when Dr. Anthony Fauci told everyone that all that was needed was 15 days to “flatten the curve” and get infection rates under control, we’ve all been sold and told many different narratives.

While some conjectures as to the possible origins of the CCP virus have seemed plausible, others either seem to come directly out of national and corporate propaganda machines or verge into tinfoil hat territory. It almost seems as if every other day, the legacy media corporations (e.g., CNN, MSNBC, and BBC) are bombarding us—at least here in the Western world—with reports that totally contradict what they’d revealed just days before. This also goes for the main health agencies (e.g., NIH and CDC) that people have historically looked to for providing ostensibly unvarnished facts about matters of health.

Fortunately, there’s a recent documentary that sheds some much-needed light on the possible origins of the outbreak in question. Produced by the quickly emerging TV network NTD, a new documentary titled “Hunt for the Virus Origin” delivers a ton of pertinent information in its lean 35-minute runtime. Instead of the exceedingly compromised blather of Soros-paid media shills, we get information backed up by facts, as well as some interesting hypotheses. Indeed, as the show’s webpage states “Amid a media environment of heavy bias and one-sided coverage, “Wide Angle” delivers penetrating insights that dispel the confusion of these uncertain and turbulent times…”

“Wide Angle” host Brendon Fallon starts the episode off by outlining the two main schools of thought with regard to the virus’s origin. The first is the “lab leak theory,” which is popular among many of the world’s leading scientists and researchers. The other is the “natural origin” theory, which is covered during the documentary’s second act.

While the lab leak theory is considered by many prominent figures in the virology research field, a major obstacle that prevents it from being fully embraced is the nature of the facility it potentially escaped from. That facility is the maximum security P4 laboratory in Wuhan, China. As Fallon provides excellent narration for the real-life film clips of the lab, we discover that it makes Fort Knox look like child’s play.

For example, there are a mind-boggling number of safeguards in place, such as 10 separate security checkpoints that the lab’s workers have to go through in order to get to their workspaces. And the specially bred test-subject animals that have been raised in germ-free, self-contained facilities are carefully monitored. Therefore, the chances of any sort of virus escaping from within the lab’s environs seem highly unlikely at best.

However, one element of this lab leak theory that seems more feasible is that the virus could have made it out by other, sinister means. While the China Communist Party that controls China’s science and research communities officially states that animals are disposed of after they’ve been experimented on, Fallon shows that what communists-controlled governments say is typically the opposite of reality.

Indeed, a reactive chemical known as formalin is routinely used on the spoiled meat of the leftover animal carcasses, gussied up and cooked to look edible, and sold at market stalls near any of China’s numerous “top-security” labs. Fallon reminds us that while communist countries may seem strict, they are permeated by corrupted forces—which results in widespread extortion and bribery.

The second main theory is that the virus is of natural origins, which isn’t as mutually exclusive from the lab leak theory as one might think. Fallon goes on to describe how a purportedly top research team from the lab explored a copper mine deep within the remote mountains of southwest China.

We see that the team, led by one of the Wuhan lab’s regulars—Shi Zhengli—was tasked with tracking down the possible external origins of the virus shortly after the pandemic was announced. Video footage shows many of the team members wearing minimal or no protective equipment while handling the cave’s primary denizens, the Chinese Horseshoe Bat, even though they’d previously found numerous versions of the then-titled Corona Virus within the caves.

As China, fully in the iron grip of the CCP, is steered toward aggressive expansion far beyond its borders, we also see that the country’s arrogant and blameless CCP diplomats absolve their country of any sort of responsibility for wrongdoings—across the board. Instead, other countries are routinely blamed for the oft-reckless actions of the CCP, and the highly compromised legacy media outlets of the Western countries typically side with them (a case of “follow the money”).

Simply put, “Hunt for the Virus Origin” is a fascinating and revelatory documentary that should pique the interest of folks who want to learn more about the potential origins of the CCP Virus.

‘Hunt for the Virus Origin’’

Ian Kane is a filmmaker and author. To learn more, visit DreamFlightEnt.com or contact him at Twitter.com/ImIanKane.