Documentary Filmmaker Touched by the ‘Sincerity of the Performers’ 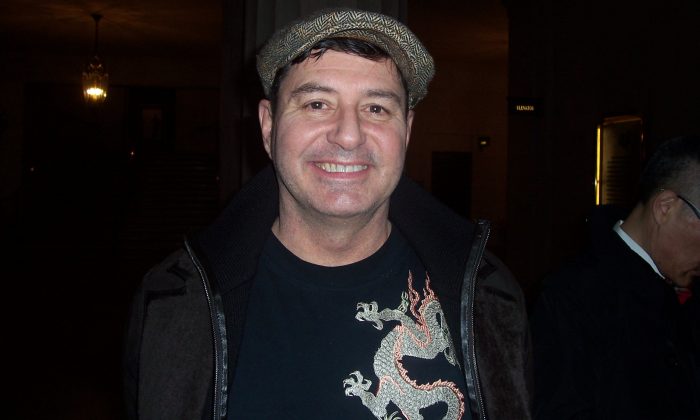 “I love the animated backdrops. I’m a professional documentary filmmaker and I’m also on the board of a few theaters here in San Francisco. I thought it was an amazing use of video projection technology. It was exciting and fun.”

“The interchange of the live action being so synchronous and timed with the video projection, it was amazing. Actually, I would love to talk to the technical director, to find out how he did it.”

“The dancing was amazing. I’m a subscriber to the San Francisco Opera here and the ballet. I’ve seen many performances. It was just the highest caliber of production and precision.”

“I was really excited to see the modern elements and the diversity of seeing traditional, maybe pure Chinese classical dance, but also combined with modern stories. That’s what makes an art form exciting and alive and, you know, current and important.”

“The costumes were all amazing and fun. I didn’t know much about the Chinese costuming before, but it was beautiful.”

“They were phenomenal. I would say the male dancers are phenomenal. … Their jumping is what I always judge a male dancing on, and the jumps were spectacular.”

“I think what impressed me the most of the female dancers was the grace and the absolute perfect synchronicity with everybody to the music.”

“What touched my heart was the sincerity of the performers. I had my binoculars so I could see up close, and the expressions on these young performers, they were just giving it 100 percent, and I know what that means, and is very touching for me.”

“My feelings during the show were many feelings. Of joy, of pride, and a certain amount of awe and respect for a culture that’s been around for a long, long time.”