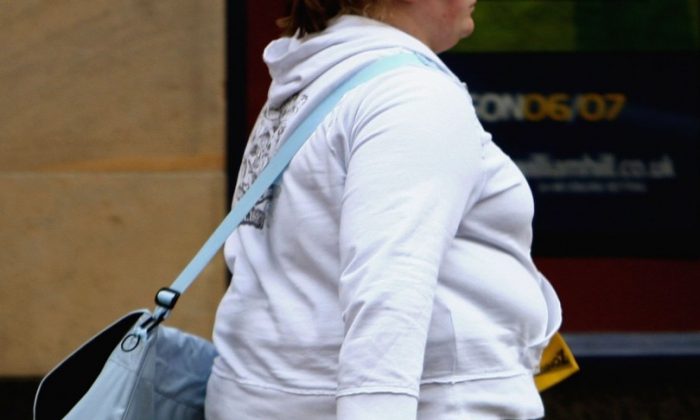 The British have the highest rates of obesity in Europe. (Jeff J Mitchell/Getty Images)
Fitness & Nutrition

British health professionals from all disciplines have collaborated to launch a campaign to tackle an obesity epidemic.

The organisation representing all medical practitioners, the Academy of Medical Royal Colleges (AoMRC), says that urgent action is needed to stem the tide of Britain’s “single greatest public health threat”.

The AoMRC has criticised the government’s current strategy for having little effect. The “Call to Action” strategy urges the food industry to voluntarily encourage the reduction of people’s calorie consumption.

Lead campaigner professor Terence Stephenson, vice chair of the academy and president of the Royal College of Paediatrics and Child Health, said in a statement, “We recognise the huge crisis waiting to happen and believe that current strategies to reduce obesity are failing to have a significant impact.”

In an unprecedented move, doctors from all 21 royal medical colleges and faculties will in the next three months examine best practices and research to determine practical recommendations for an effective anti-obesity approach and produce a report with the academy’s proposals in the autumn.

The academy is calling for the public and health professionals to submit successful experiences and clinical research to its inquiry. The focus will be on five major areas: individual action; society, such as advertising and location of food outlets; health professional interventions; financial measures, such as taxation on unhealthy food; and education.

Professor Sir Neil Douglas, chair of the Academy of Royal Medical Colleges, said in a statement: “We are absolutely determined to push for whatever changes need to happen to make real progress in tackling obesity—which is why we’re casting the net wide to get input from a range of organisations and individuals.”

Alarming figures from the academy show that the UK has the highest rate of obesity in Europe: almost a quarter of women and just over a fifth of men in the UK are overweight or obese. By the age of nine, one in three children is overweight, and it is predicted that half of children will be obese or overweight by 2020.

The Royal College of Paediatrics and Child Health (RCPCH) recognises that the issue needs a collective effort from parents, children, health professionals, government, and the food manufacturing industry. Educating families and health professionals is needed to instigate change in eating habits. “This has the objective of achieving the cultural shift in improved nutrition and increased exercise to achieve a sustained decrease in the numbers of children that are overweight or obese,” the RCPCH said in a position statement available on its website.

The Observer reported that the academy is calling for food giants like McDonald’s and Coca-Cola to be banned from sponsoring the Olympics and having fast-food outlets near schools. It also wants controls to prevent celebrities and popular animation characters from advertising junk food and drinks.

The direct cost of obesity to the NHS is estimated to be £4.2 billion a year, according to government statistics.

Barbara Gallani, director of Food Safety and Science at the Food and Drink Federation, agrees that obesity is a major problem and needs to be tackled but denied that the food industry has been ignoring the issue.

“Food manufacturers have a good track record of making positive contributions to improving public health through a wide range of actions,” she said in a statement.