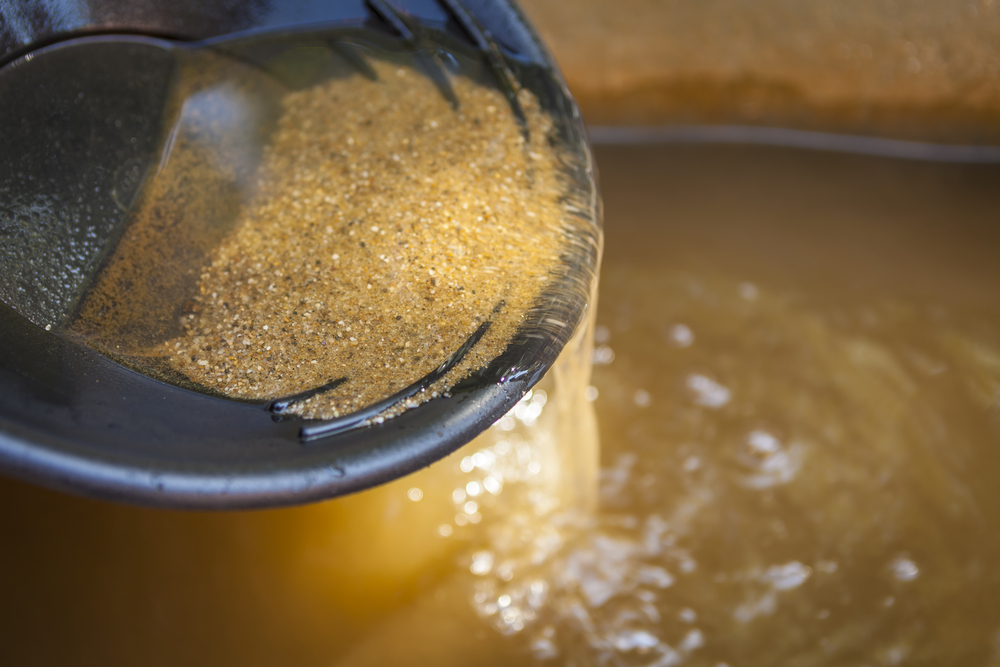 From gold and diamond mines to city sidewalks, you don’t have to be Indiana Jones to find treasure. (Neil Lockhart/Shutterstock)
Style

DIY Treasure Hunting: How to Find Gold and Jewels

The globe is littered with gold and gems; some of it may be easier to find than you'd expect
BY Bill Lindsey TIMEJuly 30, 2022 PRINT

An internet search of the term “lost treasure” can be an eye-opener as you realize there are many stories and rumors of fabulous riches yet to be discovered around the globe. You may be surprised to find some right where you are.

Several of the more notable examples include lost Confederate gold, Butch Cassidy’s treasure, and the Amber Room, which disappeared during World War II from the Catherine Palace near St. Petersburg in Russia. No list of lost treasure would be complete without at least a few pirate references, such as the treasure that the pirate Blackbeard is said to have buried somewhere between Virginia and the Caribbean shortly before his execution in 1718. Some treasure may even lie quite literally at your feet; all you need to do is pick it up.

Before you quit your day job, consider that many have sought these and other notable treasures for a very long time; some may have been lost or hidden in places, making retrieval difficult if not impossible, such as in deep caves or lakes, or on the ocean floor. The trick is to narrow the search by focusing on specific treasure you can relatively easily search for in clearly defined geographic areas.

As an example, Crater of Diamonds State Park in Arkansas allows visitors to dig for diamonds in a 37 1/2-acre area that consistently produces diamonds. Since 1906, diamonds including the 40-carat Uncle Sam and the 16.3-carat Amarillo Starlight have been pulled from the ground here. The park rangers say that, on average, at least one diamond is found every day. If you find one, it’s yours to keep.

Another example of “finders, keepers” is the collection of gold, jewels, and artifacts valued at $5 million found in 2020 in the Rocky Mountains, where it had been hidden approximately 10 years prior by Forrest Fenn, who left clues in a poem titled “The Thrill of the Chase.”

Treasures awaiting discovery in the United States include the Lost Dutchman’s Mine rumored to be in Arizona’s Superstition Mountains, California’s Lost River of Gold, and Montezuma’s treasure said to be hidden somewhere in Utah’s Uinta Mountains. Additionally, gold and jewels from Spanish shipwrecks occasionally wash up on the beaches of Florida. The charm of this form of treasure hunting is that the required attire consists of shorts and sunblock. Armies of treasure hunters armed with scoops and metal detectors can be seen every afternoon sweeping beaches, hoping to find recently lost coins and jewelry, as well as pirate booty. Other likely places include picnic areas of parks and other public gathering areas.

Another fairly simple form of treasure hunting is panning for gold. While California is known for its Gold Rush days, the first documented U.S. gold find occurred at the Reed Gold Mine in Reed, North Carolina. The mine is still open; for a fee of $3, visitors can pan for gold, keeping what they find. Other places that allow visitors to pan or prospect for gold include the Consolidated Gold Mine in Dahlonega, Georgia, the Black Hills Forest in South Dakota, and Eldorado National Forest in California. Each state may have its own rules, so do your research before you hit the road. In general, gold prospecting is allowed in designated U.S. public areas. Permission to search on private property must be granted by the landowner.

There is another, very surprising way to find treasure: Look in the cracks in the sidewalk. A number of treasure hunters have discovered gold, silver, and gemstones in these seemingly unlikely places. The best “hunting grounds” include areas of jewelry stores such as New York’s Diamond District along 47th Street. Sidewalk prospectors use a hooked tool to loosen the debris wedged into the cracks, then use a dustpan or cordless vacuum to collect it. The debris is brought home to be sifted, much like the method used to pan for gold. The goal is to find small bits of precious metals and loose gems inadvertently dropped by jewelers or customers. One prospector claims to have recovered about $300 worth of gold dust, tiny fragments of precious metals, and gems from his sidewalk searches.

Of course, the most efficient time to do this is when the sidewalks are empty. Most sidewalk prospectors work late at night or in the very early hours of the morning. Bring a friend who can assist and alert you when others seem intrigued by your activities. Late at night on a deserted city street isn’t an ideal time to make new friends, particularly if they realize you’re recovering gold and other valuable items. Be prepared to explain what you’re doing to the police, passersby, and employees of the stores fronting the sidewalk. Any valuables you recover are yours, just as if you’d found them lying in plain view on the sidewalk. Happy hunting!