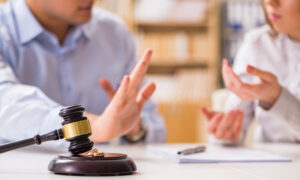 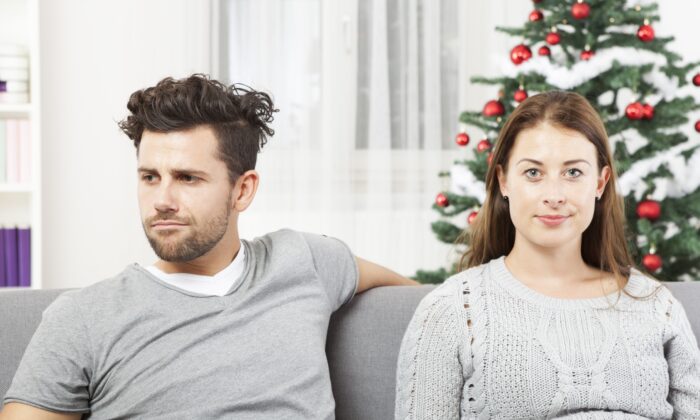 The global CCP virus pandemic has seen sweeping lockdown restrictions put in place across the world, leaving millions forced to work from home.

As a result, relationships and marriages have been put under immense pressure and divorce rates have soared due to unemployment, financial strains, illness, homeschooling children, and more.

According to an April 25, 2020 survey on the impact of the COVID-19 pandemic on relationships, 31 percent of couples said that quarantine had been damaging to their relationship.

With so many couples struggling, lawyers across the United States predicted a record number of divorce filings once quarantine restrictions were lifted, as seen in China, where the outbreak was first identified.

Data collected by Legal Templates, a firm that provides legal documents online, saw a 34 percent increase in sales of its divorce agreement compared to the same period in 2019.

Despite this, mainstream media have been pushing the narrative that divorce can be beneficial to children.

In a recent interview on The Epoch Times’ Crossroads program, CEO of Marriage Helper, Kimberly Holmes, says this narrative is untrue and can actually cause children more long-term harm.

“I know (from) the statistics that divorce is not the solution for children, for the best outcome,” Holmes explained.

“When we look at the data, we know that the best thing that can happen for children is that their parents are able to work through their issues, work through conflict and stay together.

“The worst thing that can happen for a child is that their parents end up divorcing and still end up having issues, so they still end up fighting, they still end up not getting along. And the majority of the time, that is what ends up happening when people divorce.”

Holmes says the narrative that mainstream media outlets are pushing and promoting regarding divorce being a first option for parents who were overwhelmed amid the CCP (Chinese Communist Party) virus pandemic is “mind-blowing.”

“When we look at how this actually affects children in the long term, we know that children need both of their parents together,” Holmes explains.

“We know children need to see their parents work through things. We know that that’s what they need in order to have healthy relationships in their future and even to be successful in their future.”

Holmes notes that for many of the people she works with, there is a “short-term feeling of happiness” that they experience when leaving a high-stress situation such as a deteriorating relationship. However, this is often soon followed by “reality setting in.”

Instead of getting swept up in the narrative that divorce is the first option for a failing marriage, Holmes suggests looking at the three most important things that are essential to maintaining a healthy marriage.

“We know from research that couples typically divorce, because of one of three reasons; either they don’t feel liked, loved, or respected,” she explains.

Holmes says that these feelings can be magnified when couples are consistently stuck together in the same space due to lockdown measures.

“When those behaviors infiltrate our relationship on a day-to-day basis, then that’s what ends up causing the problems,” she says.

“But we can go back to ‘am I showing my spouse that I like them, I love them, and I respect them’? And a lot of things can be solved by simply focusing on those three things.”

Holmes suggests that couples work together to overcome their difficulties instead of succumbing to the narrative that divorce is the first or only answer.

“When you just try and sweep things under the rug, it’s going to lead to resentment. If you try and ignore things, it’s going to pile up and one day, it’s going to get so heavy that you’re going to explode, you can’t keep that that long,” Holmes explains.

“So if someone is unhappy in their relationship, and it’s being just completely exponentially made worse, because of the events of the past year, then I would encourage people not to stuff that down, which is what a lot of people try and do.

“I would also not recommend that people use that as an excuse to just do whatever they want to do to act however they want to act, we’ve got to find that happy medium of being able to turn towards our partner and say, ‘I’m stressed, I’m anxious, I need you, here’s what I need from you, let’s get through this together.’ That’s what needs to happen.”