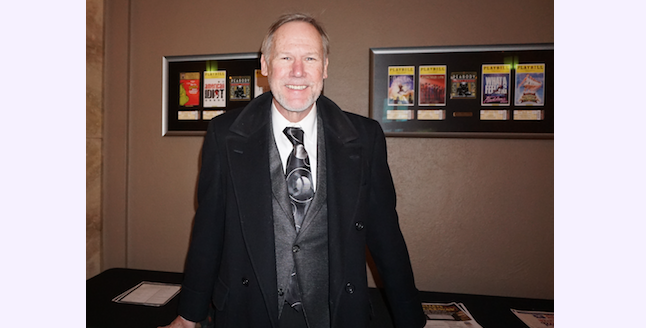 ST. LOUIS—Shen Yun Performing Arts presented David Romig with not only a journey through 5,000 years of ancient Chinese culture, but a fresh, new perspective on reality.

“That’s pretty much totally unique to me,” said Mr. Romig, a cost analyst for the Department of Defense, after catching the matinee at the Peabody Opera House on Feb. 13. The precious performers had presented a fascinating look on “such a unique culture covering thousands of years,” he said.

“The movement, the choreography, the emotions, is virtually divine,” Mr. Romig said.

The concept Mr. Romig was trying to explain is captured in the name of the company itself. As the emcees explained, “shen” means divine, and “yun” means the feeling behind the movement. Together, the name Shen Yun translates into something like “the beauty of divine beings dancing.”

Formed in New York in 2006, Shen Yun seeks to bring this divinely inspired culture to people around the world, according to its website.

This performance was Mr. Romig’s first time to see Shen Yun. He said right from the beginning, he felt wide-eyed and was awestruck by the beauty. He wished to learn more, wished to understand the deeper meanings he witnessed in the dances, and to converse with Chinese people so as to better understand the culture and people and realize a commonality.

He said he felt blessed by the performance, and mystified by the beauty. He also felt “energized, fascinated, inspired, and open to learning.”

Classical Chinese dance is a form that has been passed down and refined over thousands of years, according to Shen Yun, yet is still little known in the West. Alongside ballet, it is one of the most comprehensive dance systems of the world.

In Shen Yun, the artists use classical Chinese dance to tell a variety of stories, capturing legends, myths, dynasties, and the great writings of ancient China in visual, moving form.

“To express oneself like that is inspiring,” Mr. Romig said of the artists.