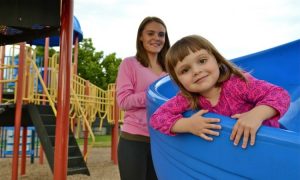 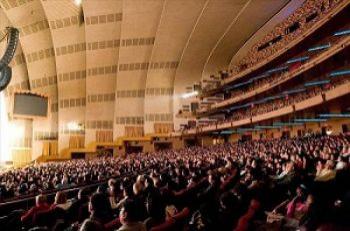 That evening will open the third world tour of the New York-based company, which in 2008 thrilled an audience of 600,000 worldwide in over 200 performances. This season, Divine Performing Arts (DPA) will perform with three touring groups in over 20 countries, touring major venues in North America, Asia-Pacific, and Europe with even more shows than last year.

The biggest show of the season will be the “Chinese New Year Splendor,” on stage at Radio City Music Hall in New York Jan. 24–25.

Enchanting both young and old with stories from ancient history and legends that had been lost and forgotten, this colorful and rich show soothes the soul with beauty and harmony.

Gorgeous costumes that mirror the pride of past dynasties are coupled with fantastic computer-animated backdrops, inspired by the beauty of nature and ancient Chinese painting.

All dances are original productions. The choreography and music were composed exclusively for the show. Each season, DPA premieres more than a dozen new dances, songs, and musical scores that can be seen and heard nowhere else. They are not only highly entertaining but also educational and inspiring.

Audiences from all over the world have described past seasons’ shows with words like “gorgeous…beautiful…magnificent…inspiring…impressive…fascinating…wonderful.” The beauty of the performance captivates simply everybody—it can transcend every cultural background, because its message is universal.

Perhaps unexpectedly, it is classical Chinese dance in its traditional form that transcends the differences.

The vocabulary of classical Chinese dance is very rich and easy to understand. Yet it is also the most complex system of dance in the world, featuring movements that are charming as well as virtuous. It’s a means of expression that is perfectly suited to tell, without using words, the stories of ancient and modern bravery. It is able to revive a whole ancient society and its attitude toward life.

In ancient times, a human being must live by upright virtues, such as “humaneness,” “righteousness,” “propriety,” “learning,” and “trustworthiness.”

The purity of expression that classical Chinese dance features is unmatched and poignant. Performed with the highest perfection and dedication, the dances have become the hallmark of the DPA shows.

More than 100 of the best classically trained Chinese dancers are supported by wonderful voices, such as tenor Guan Guimin, and gifted musicians, such as erhu soloist Qi Xiaochun.

The stories that inspire the dances of DPA are drawn from 5,000 years of Chinese culture, the oldest civilization on earth, with traditions that were continuously passed down until today.

The Chinese in ancient times believed that their cultural and artistic heritage was given to them by divine beings. Therefore, they aimed constantly to depict in their arts, the kindness, the truth, the goodness, and the beauty they experienced.

Striving to achieve a life in harmony with heaven and earth, they cultivated honest, compassionate, and tolerant behavior in their everyday life. In the golden age of ancient China, the Tang dynasty (618–907), people were highly educated and saw a flourishing of arts, culture, and economy. Several Asian and Western religions, such as Buddhism, Daoism, and even Christianity peacefully coexisted.

Consciously independent from China’s communist regime, DPA is proud to present its audience with the real spirit of ancient China, restoring what was destroyed by the communist party’s Cultural Revolution.