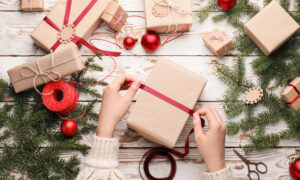 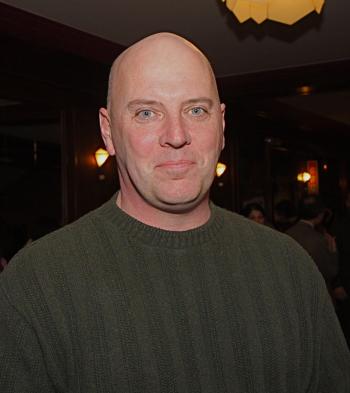 ‘Five stars, I highly recommend the show to anybody,’ Says Video Journalist

“I thought it was fantastic,” said Hancock, a photojournalist and cameraman for a local television company in Rochester.

“It was really well received. I have heard good things coming in from different people in town and they were all looking forward to it – not quite knowing what to expect. We heard that there was some dance, some story telling, different things with the Chinese culture.”

“One thing that struck me is that the Chinese Culture that nobody really knows what it is …  and this seems to encompass … a lot of the traditional China. It seems like there is … much goodness, … and I really hope that people will have the ability to see the show.”

The company’s rich repertory breaks new ground by focusing on the authentic cultural heritage of classical China while also giving artistic treatment to the world around us.

Traditional Chinese culture revolved around a believe in the divine and the importance of cultivating virtue. According to the show’s program: “The guiding mission of Divine Performing Arts is to rediscover and renew humanity’s true, rightful cultural heritage. The company thus creates and performs works that center upon the true, divinely bestowed culture of humankind, and seeks to provide an experience of consummate beauty and goodness.”

“I thought that the effects were really well done. I was blown away by the precision of the dancers, the choreography. It seems like everybody put 100 per cent of their effort into it. I don’t have anything to gauge it, because I haven’t seen a show like this. It kind of blew me away.”

When asked if he thought the show was something others would enjoy, Mr. Hancock said, “Absolutely I would say 5 stars, I will highly recommend the show to anybody.”

He said he was impressed with the animated digital backdrops as well. “They really played it off well, specially the last piece with the contemporary family … They really handled that very well. It really helped to tell the story.”

Heaven Awaits, which tells the tale of a father who is persecuted for practicing Falun Gong. The fantastic scenes that ultimately unfold in this piece present a message of hope and bespeak of a longstanding Chinese belief that good people are ultimately rewarded, even if not in this lifetime.

Mr. Hancock, who has some knowledge of contemporary China, said most people don’t really understand the current situation the country.

“The China that is here now, that everybody knows from 1950’ish to now, a lot of people don’t know the real story, what is going on, I thought that [Heaven Awaits] really exemplified what is happening to some of these families that are thrown apart and what people need to be more aware of.”

Mr. Hancock said he appreciated the traditional aspects of the show.

“I think the story telling, the different virtues that come through stories and parables. I would like those virtues be the ones they think of then they think of China.”

Divine Performing Arts will perform one more show in Rochester Saturday night before continuing on with its 2009 World Tour.

The Epoch Times is a proud sponsor of Divine Performing Arts. For more information visit DivinePerformingArts.org