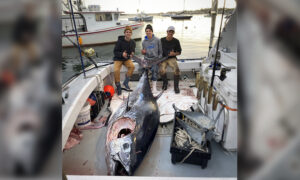 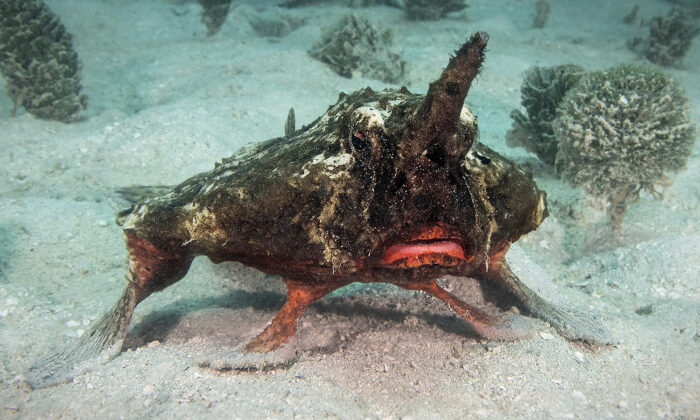 A diver came across a rare deep-sea fish that, strangely, uses its fins as legs. Mikey Charteris, a marine life expert and author of the book “Caribbean Reef Life,” discovered the fish in a muddy channel off the coast of Roatán, Honduras.

He instantly snapped a video of the odd creature, which turned out to be a shortnose batfish. In the video, the horned fish can be seen navigating the ocean floor, walking with its fins as it searches for food.

The 50-year-old photographer happened upon the fish in a channel known as the French Key Cut.

“It’s hands down the strangest fish in the Caribbean,” Charteris told Daily Mail. “It walks slowly searching for prey like crabs and small fishes, but can swim with its tail if it gets spooked.”

The shortnose batfish, Ogcocephalus nasutus, is a sluggish horned fish with brown mottled skin that blends in with the ocean bed. They can also appear reddish-brown or gray, and are expert predators, seeking out crustaceans, fish, and polychaete worms.

Charteris described the fish as resembling “a lump of brown sponge that mated with a unicorn,” adding that even though it’s native to the Caribbean, it is an incredibly rare find.

Watch the shortnose batfish walking in its unusual manner on the ocean floor in the Caribbean:

“It’s seen very seldom,” he said. “You have to go out of your way to dive in silty channels and shallow sandy flats where there is usually less visibility.”

When the marine life expert heard there had been sightings of the shortnose batfish in the area, he decided to attempt to find one.

Charteris knew to search along the ocean floor; the shortnose batfish doesn’t have a swim bladder and therefore must swim along the sea bed for stability.

“They must remain on the bottom with no buoyancy control,” Charteris explained. “This keeps them low to the ground and close to prey that it sneaks up on.”

As it turns out, Charteris lucked out and eventually spotted one.

Adds Charteris, “Normal divers would be very lucky to find one out on the reef—once every few years if you dive every day.”