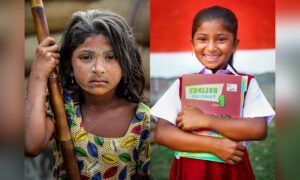 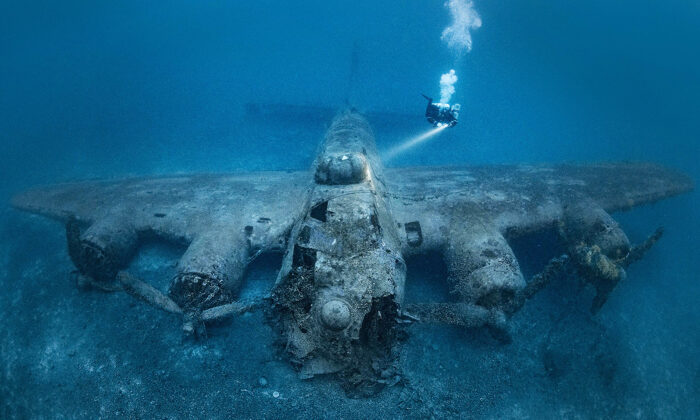 A diver has taken a set of striking images showing downed WWII planes off the coast of Croatia.

One of the planes, a bomber, took its last flight in November 1944, while en route to Vienna. But before it could reach its destination, it sustained too much damage and had to be forcibly landed in the Adriatic Sea, some 50 kilometers (approx. 31 miles) from the Croatian coast.

Martin Strmiska, 40, from Vietnamska, Slovakia, took a trip to Vis island, Croatia, last year, hoping to be able to photograph the B-17 bomber, dubbed the “Flying Fortress,” and managed to capture some jaw-dropping images from the ocean depths.

The professional photographer and diver was able to capture the bomber’s ghostly remains. The images show a plane stood in time, slowly being swallowed up by the underwater biosphere.

“I always look for things that have a story behind them and this dive was perfect for that,” Martin said. “The plane went down during WWII and has been preserved incredibly well because it has just sat underwater.”

The remains are located near Vis island, which Martin says is quite accessible and a great location for diving.

The planes wrecks are authentic, said Martin, and have been there since they crash landed nearly 80 years ago.

“The B-17 is very well preserved because it’s over 60 meters deep and absolutely beyond the limits of recreational diving,” the photographer said. “Because of this it’s basically untouched, the feeling of being under there is quite overwhelming. You constantly want to see what’s behind the next corner.

“Because it’s so deep the atmosphere is really vivid, you descend down and all you see is blue until about 50 meters down when you start to see the silhouette of it. … The visibility in the water is what really brings it alive.”

In person, one fathoms the scale of the wreck, Martin said, “it’s enormous.”

Scattered about, one can find amidst all the debris items such as boots belonging to the pilots.

“I was down there for about 90 minutes, and spent 30 minutes on the wreck, a really striking moment was seeing a pilot boot in the cockpit,” Martin shared.

“As you swim around it you can see the wheels starting to sink into the sea bed, it made me wonder how long the opportunity to see this wreck was going to last.”

Martin says that at some point the wreck will be gone entirely, and he is thrilled to be able to photograph it and show the images.

The main wreck, the Boeing B-17, was developed in the 1930s and became a favorite for pilots due to its sturdy build. The bomber was nicknamed the “Flying Fortress.”

The sturdy plane took damage and was urgently landed on water while on its way to Vienna in November 1944.

Adds Martin, “The great thing about a dive like this is that the dive alone isn’t the main attraction of the site, being able to wonder around a moment in history that is so rich really brings the photos to life.

“I’m always looking for things to photograph that have a tale to tell and I would definitely make a second trip here.”

Along with the B-17, Martin also photographed a fallen B-24 Liberator, nicknamed “Tulamerican,” which was discovered in 2009.

“This one is different, you can barely tell it’s a fighter plane but it made for great pictures anyway,” the photographer recalled. “There was something even spookier about seeing one in such poor condition and wondering what happened to it.”