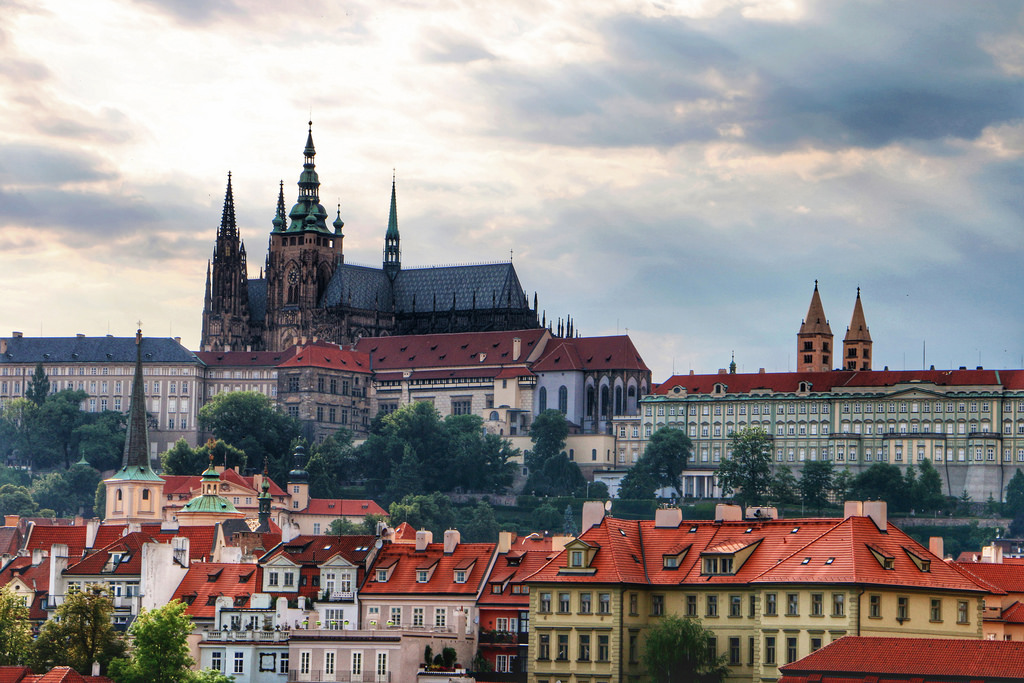 If you’ve been to Prague before, then you’ll totally understand that I spent my whole first day there with my mouth agape. It was my first time there after all.

I spent the entire day roaming the streets, getting lost down alleys, and just meandering without a purpose. Of course I stumbled along some of Prague’s famous sites on the way, but I really didn’t know what I was looking at or why it was important.

Come day two and I was ready to dig deeper and really discover Prague. This worked out perfectly as I had been invited as a guest to go on one of Urban Adventures tours aptly named “Prague Discovery”.

And discover Prague we would.

Looking over the tour’s itinerary we had a full day of exploring Prague’s Old Town, Jewish Quarter, Lesser Quarter, and Prague Castle. Plus we had a boat ride and lunch crammed in there somewhere as well. It was a full six hours of getting to know Prague and I couldn’t have been more excited.

I’d be lying if I said our day started out without a hitch. Waiting outside the Municipal House, it was already ten minutes past and we began to get a little nervous. Luckily, we found two others who were going to be joining us on the tour, so at least we weren’t alone!

Although there was some slight confusion in finding our guide, I luckily noticed the bright, signature red colors of Urban Adventures from across the crowded plaza and waved her over to our group. The guide seemed a little irritated as though we were late despite having been there all along.

Nevertheless, she quickly gave an introduction and we set off on the tour.

Our first stop brought us through Wenceslas Square where our guide talked about the effects of communism and the Velvet Revolution in 1989. She was old enough to remember growing up in that time and shared personal stories with us about having to learn Russian in school and going to protests.

It quickly reminded us that although Prague is beautiful and has most of its historic buildings in tact, that its history was rather dim and that many are still recovering from it.

We continued towards the Old Town and changed the subject to happier things of art and music. Stopping outside of Prague’s Charles University, the oldest university in the Czech Republic, we learned about the history of Bohemia.

I inquired about something that caught my eye from across the street. It was a statue commemorating the premiere of Mozart’s Don Giovanni in Prague in 1787. The other lady in our tour went on about how much she liked the statue, I personally thought it looked like a Ringwraith, but I guess that means I need to see Giovanni.

Our group reached the Old Town just in time to watch the hour strike on the astronomical clock– something I had missed seeing the previous day.

While it’s nothing too exciting, I still think watching the clock is just one of those must-do Prague experiences, so I was glad we were able to do it on the tour.

Next we made our way to the Jewish Quarter, an area of the city I also had not visited the previous day. We continued learning about the torrid history of Prague as our guide pointed out the six remaining synagogues and the Jewish cemetery.

Looking around all I could think about was how incredible it was that this area survived the war. Can you believe that it was Hitler himself who decided to spare this area? He decided it would be the only remnants of an extinct race, and today it’s the largest complex of Jewish monuments in Europe.

I really didn’t know much about Prague’s involvement in WWII, so I found learning little facts like these fascinating.

I especially enjoyed visiting the Rudolfinum, a building along the Vltava River, whose roof is lined with statues of famous composers.

One of the statues was of Felix Mendelssohn, a Jewish musician. Hitler had ordered that this statue be removed and destroyed, but none of his officers knew what Mendelssohn looked like. Following their prejudiced beliefs, they simply destroyed the statue with the biggest nose. As it turned out, they had instead destroyed the statue of Richard Wagner–Hitler’s favorite composer. Oh, the irony.

Today you can still see Mendelssohn standing proudly over the city.

As we were now down by the river, we decided to take our boat ride before heading to lunch. We hopped aboard a replica of a 19th-century sailboat and were given those picture-perfect views of Prague Castle while learning about the Vltava.

Once we were back at the dock, we began our trek across the famous Charles Bridge. By now we had been touring Prague for almost three hours, meaning it was mid-day with limited shade.

Walking along the bridge was horribly hot as it was already in the 90s, so we quickly took in the history of the statues as we made our way to an air conditioned restaurant for lunch.