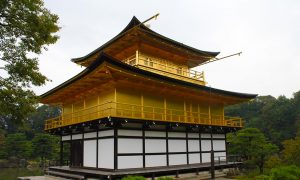 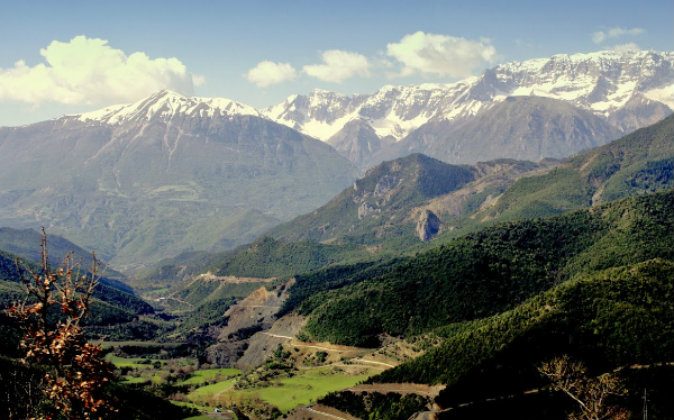 When I informed friends I’d be cycling through Albania, I encountered everything from curious stares to mild concern and genuine shock. My most adventurous pal looked at me quizzically before responding, “You go, girl!” Then, “Where exactly IS Albania?” From more cautious buddies I heard, “Why?” followed by something like, “Isn’t that in a war zone?” Or, “Aren’t you afraid of getting mugged? Or drugged?”

Enroute to a mysterious Balkan land listed on few bucket lists, I pondered friends’ worries—and my own. Would I be a stranger in a strange land scarred by a half-century of Fascist rule and a civil war sparked by failed Ponzi schemes?

Would my hosts be long-suffering peasants, dazed by modernity, in a country with outdated roads and poor sanitation?

Would we antagonize locals, parading bare-limbed in neon spandex? Some brought up blood feuds—the ancient custom of killing any male in a family that’s wronged yours. While rarely practiced since the 15th century, revenge killings still occasionally occur in northern Albanian villages. Lacking expiration without a brokered peace, some vendettas last for centuries, driving entire families into long-term isolation.

The veil shrouding the mysterious land I’d been warned about began to lift at Tirana International Airport Nënë Tereza. Named for Mother Theresa, Albania’s most famous daughter, the airport is the only one in the country offering flights beyond Albania. While traffic has doubled since borders opened in 1991, it’s served today by a mere eight airlines flying to 26 international destinations.

One of those is London, from whence Ollie was expected. Like mine, his flight was late, but that didn’t bother Junid, a patient man, who’d joined his older brother Armand in guiding cyclists around Albania several years ago. Both had graduated from Austrian universities, then spurned desk jobs in favor of careers with adventure.

“We’re numbers three and four,” Junid joked, referring to his status as the youngest of four sons born to an Olympic medalist father and athletic mother. Pleased at hosting both an American and a European, Junid seemed one of us—well spoken, with no vestiges of peasantry—as Western as we come. But outward appearances hid a rugged individualism below the surface.

As we drove through Tirana, a capital with wide boulevards, inviting squares, socialist murals and Islamic mosques, I saw a city in transition in a country still facing third-world problems. Tirana is no cosmopolitan Rome or romantic Paris. Unfinished construction and chaotic traffic contribute to urban blight unknown in more refined destinations. Yet ragged edges reveal secrets of a 4,000-year history encompassing Greek, Roman, Ottoman and communist rule.
Enroute to Pogradec, where we’d overnight, Junid regaled us with trivia. “See the concrete domes? They’re bunkers built by Enver Hoxha,” he explained. “During World War II, Albanian soldiers used them for guerrilla warfare.” Over 700,000 bunkers, built over 40 years, remain—Hoxha’s legacy of totalitarianism that almost bankrupted Albania.

Ollie asked about the price of a beer. “About 100 lek or $1,” Junid replied, a fraction of what a cold one runs in America, Western Europe and Scandinavia.

Syri i Kalter – The Blue Eye Spring in Albania

Junid talked about Armand—a man passionate about sustainable tourism. When not leading tours, he might be scaling mountains or pedaling around India with girlfriend Marsela, a professional sprinter who guides cycling tours between competitions. Like many Albanians, the couple is building an off-the-grid home with space for crops, animals, solar panels, aging parents, and the five children Armand wants to father.

On the Shores of Lake Ohrid

We arrived after after our group had toured St. Naum Monastery and strolled the lakeshore fronting Hotel Millenium, our nondescript accommodations on LLocals on a horsecartake Ohrid, one of four UNESCO sites on our 10-day itinerary. While the 7-Up bottle under my bed failed to impress, a panorama of blue-trimmed fishing boats moored on the deserted beach below compensated for the sub-par amenities.

A single road dotted with ramshackle homes, a market, and a fishermen hawking the day’s catch, still gasping on a hook, ran through town. Red-tiled hotels, some boasting thatched beach huts, spilled down the hillsides. Several motorists passed through before I headed downstairs to join a dozen or so European and American cyclists at dinner.

Junid introduced me to Armand, our leader—a tower of a man in his early thirties with chiseled features, an athletic build, gigantic hands and intense hazel eyes. Armand’s charisma was matched by deep patriotism. For months, he’d anticipated sharing Albania’s raw beauty, colorful traditions and tortured past with us.

We chatted over a Mediterranean feast, served family-style on a table groaning with organic vegetables, grilled meats and local seafood, then toasted with raki shots. Armand scanned the leftovers, reached for the half-eaten plate of koran, a fish native to Lake Ohrid, and devoured the remaining delicacy.

From Korce’s green plains, we rode over barren rock and snow-capped peaks, into the Albanian Alps. Below us, farms brimmed with vegetables—all grown without imported pesticides—along the Albanian-Greek border. Olive-skinned peasants riding donkey carts smiled as we passed, and shepherds dangling worry beads waved us on. Summiting at Barmash Pass in the Grammoz Mountains, we descended to family-run Farma Sotira, where modern cabins nestled in a forest.

Over a cobblestone bridge, we came to Taverne Peshku, where five-year-old Florida met us, clutching a punctured tire tube for Armand. Like her parents, she spoke little English, yet commSaranda harbor in the Ionian sea.unication was easy. Over local beer and homemade rose wine, we chatted, then watched our hosts catch dinner from pools fed by mountain springs.

Inside, Armand tended a blaze as plates of the trout we’d seen swimming moments before came from the kitchen. Charred and gazing at me alongside crisp-fried carrots and cabbage, it was the freshest fish I’ve ever eaten.

At dawn, I bundled against the morning chill, then wandered into Farma Sotira’s meadow, where a half-dozen mares nursed colts amidst firs and wild hazel. At the tavern, we filled up on fried eggs, toast and jam before climbing back into the mountains.

A descent through a spectacular gorge took us to sleepy Leskovik, where tiny Marina greeted us in her parents’ café. We continued downhill to Guesthouse Coli, a stone and wood edifice shaded by mature oaks. After refueling on Greek salad,

tzatziki and filo pastries, a short clip brought us to BStone carver in Gjirokastra.enja Thermal Springs, accessible via a 14th-century footbridge. Back at the guesthouse, succulent lamb chops seasoned with oregano, garlic, olive oil and lemon juice sizzled on the barbecue.

It was Armand’s birthday, so our hosts surprised him with his childhood favorite, kukurac—chopped innards encased in sheep intestine, an Albanian delicacy that looks no better thaShepherd by the roadn it sounds. After the roasted creation was passed around, it returned to our leader, who relished his birthday prize.

Gjirokastra: Castle on a Hill

We headed for the “City of 1,000 Steps,” birthplace of Enver Hoxha, the dictator who ruled Albania with an iron first from 1944 until his execution in 1985. Gjirokastra spreads downhill from a castle accessible by the aforementioned steps. In the dark interior, Armand explained how the vaults were once holding cells for King Zog’s enemies, then used by the Nazis during World War II. Closed as a prison in 1971, the space is now Albania’s National Museum of Armaments.

What made the trek to the castle truly worthwhile was the jaw-dropping view of slate-roofed Ottoman homes and 19th century mosques. In 1961, the Albanian government declared Gjirokastra a Museum City and UNESCO made it a World Heritage site in 2005 to preserve its architectural heritage and keep new development out of the historic center.

The citadel’s coup de grace is what remains of a two-seater jet—an American spy plane forced down in 1957, according to communist lore. The pilot tells a different tale: after landing at Rinas Airport due to technical problems, his plane was confiscated by Albanian authorities.

Copyright © 2015 by Go Nomad. This article was written by Melissa Adams and originally published on www.gonomad.com