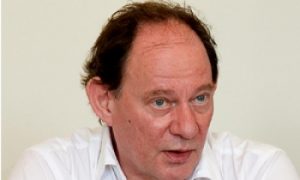 Director: ‘Shen Yun Brings Out the Love for Life’

By Epoch Times Staff
Print
LUDWIGSBURG, Germany—The New-York based Shen Yun Performing Arts Touring Company performed at the Forum am Schlosspark on April 21, in the baroque city of Ludwigsburg.

The entire Jehle family, Frank, wife Line, and the two children, Niclas and Sina, came to see Shen Yun. Mr. Jehle is the director of Mann and Hummel, a supplier to the auto industry.

"I truly enjoyed the show," he said.

"The dancing with the drums was very lively. Both dance scenes were unique. The Chinese dance expresses movements so well," Mr. Jehle said.

The children too remembered particular dances. The Monkey King Outwits Pigsy, a humorous piece from the epic novel Journey to the West, and Min Nan Grace, on the sparkling shores of the South China Sea.

Daughter Sina said, "The scene where the girls dance at the beach, carrying their large hats had fabulous colors. The backdrop complemented the colors and the costumes."

She also clearly remembered the first scene and said, "The first scene was absolutely wonderful, the one where the gods come to earth."

Mrs. Jehle said, "I was impressed when the dancers disappear into the background and then appear on the backdrop."

Mr. Jehle agreed, and added, "Shen Yun brings out the love for life."

Shen Yun Performing Arts will perform next in Stockholm, Sweden, and then Vienna, Austria. For more information, visit ShenYunPerformingArts.org