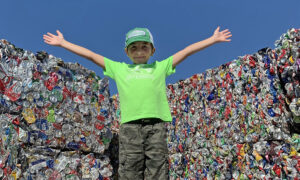 Boy Who Started His Company When He Was 3.5 Years Old Has Recycled Over 1 Million Cans
0
Share Now
TelegramFacebookTweetEmailTellMeWeReddit
Copy Link 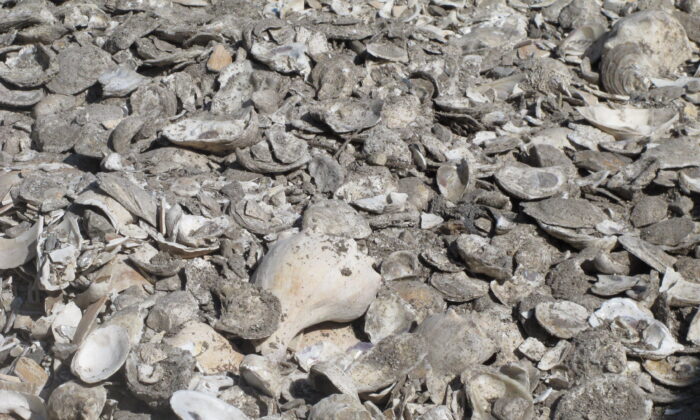 A pile of oyster, clam, and whelk shells drying in the sun in Port Republic, N.J. The shells are collected from restaurants in Atlantic City, dried, and placed into the Mullica River, where they become the foundation for new oyster colonies as free-floating baby oysters attach to them and start to grow. (AP Photo/Wayne Parry)
Food & Dining

Port Republic, N.J.—Call it the seafood circle of life: Shells discarded by diners are being collected, cleaned, and dumped into waterways around the country and the world, where they form the basis of new oyster colonies.

One of the latest such projects is taking place in Atlantic City, where a casino and two other restaurants are saving the shells left over from their diners. The shells are then collected by the state Department of Environmental Protection (DEP), and workers and volunteers with Rutgers and Stockton universities and the Jetty Rock Foundation load them on barges and dump them into the Mullica River.

That waterway is home to one of the last self-sustaining oyster populations on the Atlantic coast, according to Shawn LaTourette, the state’s environmental commissioner. The clam, oyster, and other shells form the basis of new or expanded oyster colonies when free-floating baby oysters, known as spat, attach to the shells and begin to grow on them.

“You have the benefit not only of ecological restoration, but it has kept 65 tons of shells out of landfills,” said Scott Stueber, a fisheries biologist with the DEP. That helps the eateries save on waste disposal costs.

The program began in 2019 and currently collects oysters from the Hard Rock casino, the Knife & Fork restaurant, and Dock’s Oyster House in Atlantic City. Several other casinos have expressed interest in joining.

“We go through a ton of these shells at our restaurants,” said Grace Chow, Hard Rock’s vice president of food and beverages. “The buffet on a slow day will shuck 500 oysters, and on a busy day, 1,200.”

Oysters are nature’s filters: A single adult oyster can can strain particles and contaminants from 50 gallons of water a day. In addition to improving water quality, oyster colonies also are being planted along coastlines as a shore stabilization and storm mitigation strategy: The bumpy underwater colonies can act as speed bumps for destructive waves headed for the shoreline, dissipating some of their energy.

The goal is not so much to create new places to harvest and sell oysters for consumption, as to improve the environment.

In New Jersey, oysters can be harvested for commercial use in Delaware Bay, and the state has a robust aquaculture industry that grows them. The Mullica River project aims to grow oysters for ecological purposes, but it is being studied for possible approval as a commercial harvesting site in the future, the DEP said.

Communities, environmental groups, and governments around the world have embraced oyster recycling and replanting in recent decades.

In Maryland, the Chesapeake Bay Foundation turns 2,000 bushels of recycled shells a year into oyster habitat in the bay. In Texas, the Harte Research Institute at Texas A&M University has collected 1.75 million pounds of shells and restored 25 acres of oyster reefs since 2009.

New York’s Billion Oyster Project has collected 1.6 million pounds of shells from 75 restaurants, and planted 13 oyster reefs across New York Harbor since 2015. Florida has several such programs including one in Apalachicola Bay, and the Alabama Coastal Foundation has collected 15.5 million shells in less than five years.

In Massachusetts, numerous towns conduct oyster recycling programs including the “Shuck It for Nantucket” program, and similar efforts exist in Wellfleet and on Martha’s Vineyard.

The effort reaches as far as Australia, where The Nature Conservancy’s “Shuck, Don’t Chuck” program recycles oysters to restore colonies in places including Port Phillip Bay.

In New Jersey, several such programs exist, including one run by the American Littoral Society and another by Long Beach Township.

For the Atlantic City project, the state makes the rounds of the eateries once a week with a trailer, hauling the shells to a research station on Nacote Creek in Port Republic. There they are set out to dry for at least six months so that any remaining meat or foreign substances on the shells will bake off.

When they have sufficiently cured, the shells are loaded onto a barge and pulled out into the Mullica River. Workers aboard the barge use high-pressure hoses to blast the 10-foot-tall piles of shells into the water, accomplishing in less than an hour what would take many times as long if they were shoveled overboard.

About 3,000 bushels of shells will be placed in the river this year. Russ Babb, a shell fisheries bureau chief with the DEP, hopes to eventually increase that amount to 10,000 bushels a year.