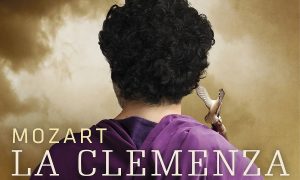 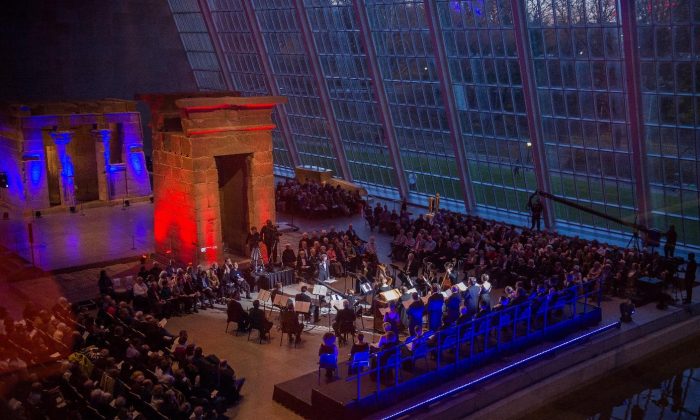 The Handel and Haydn Society performs Monteverdi's "Vespers" at the Temple of Dendur at the Metropolitan Museum in 2017. (Stephanie Berger)
Performing Arts

‘Dido and Aeneas’ at the Met Museum

Henry Purcell’s Baroque masterpiece “Dido and Aeneas” is one of the most famous English operas. The last aria, “Dido’s Lament,” is a showstopper.

The heartbreak and outpouring of emotion as the Queen of Carthage parts with Aeneas, who must continue on toward Rome, is not just incredibly moving, but memorable.

When Purcell wrote this piece around 1688 to be first performed by a girl’s boarding school, he could not have known this all-sung opera would come to be adapted, recorded, and performed countless times centuries later.

The opera’s story comes from Virgil’s “Aeneid,” which follows the Trojan warrior Aeneas after the fall of Troy on his journey toward Italy to become, as the gods ordained, the first hero of Rome. Nahum Tate’s short libretto covers the tragic love story of Dido and Aeneas.

With just three acts, running under an hour, the piece is sometimes referred to as a chamber opera because of its small scale.

Housed in the dramatic Temple of Dendur space at The Metropolitan Museum on Fifth Avenue, the intimate Baroque opera can really turn into a transportive event. It’s a solemn, even haunting space, with soaring acoustics, and demands quite an engaging performance in order to fill it.

On March 30, the Handel and Haydn Society returns to New York with “Dido and Aeneas” presented by MetLiveArts. Two years ago, the early music specialists performed a sold-out Monteverdi program in the space on their first visit to the city in 20 years.

“Everything about it was just what we want to do, presenting the music in a venue like that in a way that engages you; that was ideal,”  said David Snead, the president and CEO of the Handel and Haydn Society, by phone. The Society brought up the “Dido and Aeneas” program and was promptly invited back.

The Handel and Haydn Society

The Handel and Haydn Society, based in Boston, specializes in masterworks largely from the Baroque and Classical eras. The Society itself has been performing since the late classical era, and gave its first performance in 1815. It is America’s longest continuously performing classical music ensemble.

There is both a chorus and an orchestra, whose musicians perform on period instruments with historically informed techniques. The goal is to bring the music to life, just as it would have been heard in the time it was written.

These past 10 years, under the artistic direction of Harry Christophers, the group has expanded its reach within and outside of Boston, and has completed 12 commercial recordings.

“It has been a very difficult decision to hand over the baton, to step aside and allow someone else to take on the role of artistic director. However, the time is right,” he wrote on the Society’s website.

“I believe that arts organizations need to re-invent themselves every five to 10 years,” he said.

This and next season, Christophers has programmed many of his favorite masterworks. He will also be leading the ensemble in the upcoming Met Museum performance.

“Working with Harry has been fantastic. He’s extremely inspiring, collaborative, fun, intelligent, and also has high standards. And I think that really has infused the whole organization with a real energy, from the board to the musicians and staff, everyone. … In the audience, that makes that pretty exciting,” Snead said.

In recent years, early music has become a regular part of programming in the city. There are a number of music series that bring in ensembles from all over the world, which are experts in interpreting the music as it was once heard and translating it to the audience.

“I think the music-making approach here is really about connecting the listener to the composer and the spirit of the music as powerfully as possible so that when you hear H+H at its best, I think you’ll experience the music as if it was brand new,” Snead said.

This year, the Handel and Haydn Society will also perform a second program in New York on April 8 around Vivaldi’s work in Venice, at the Morgan Library.