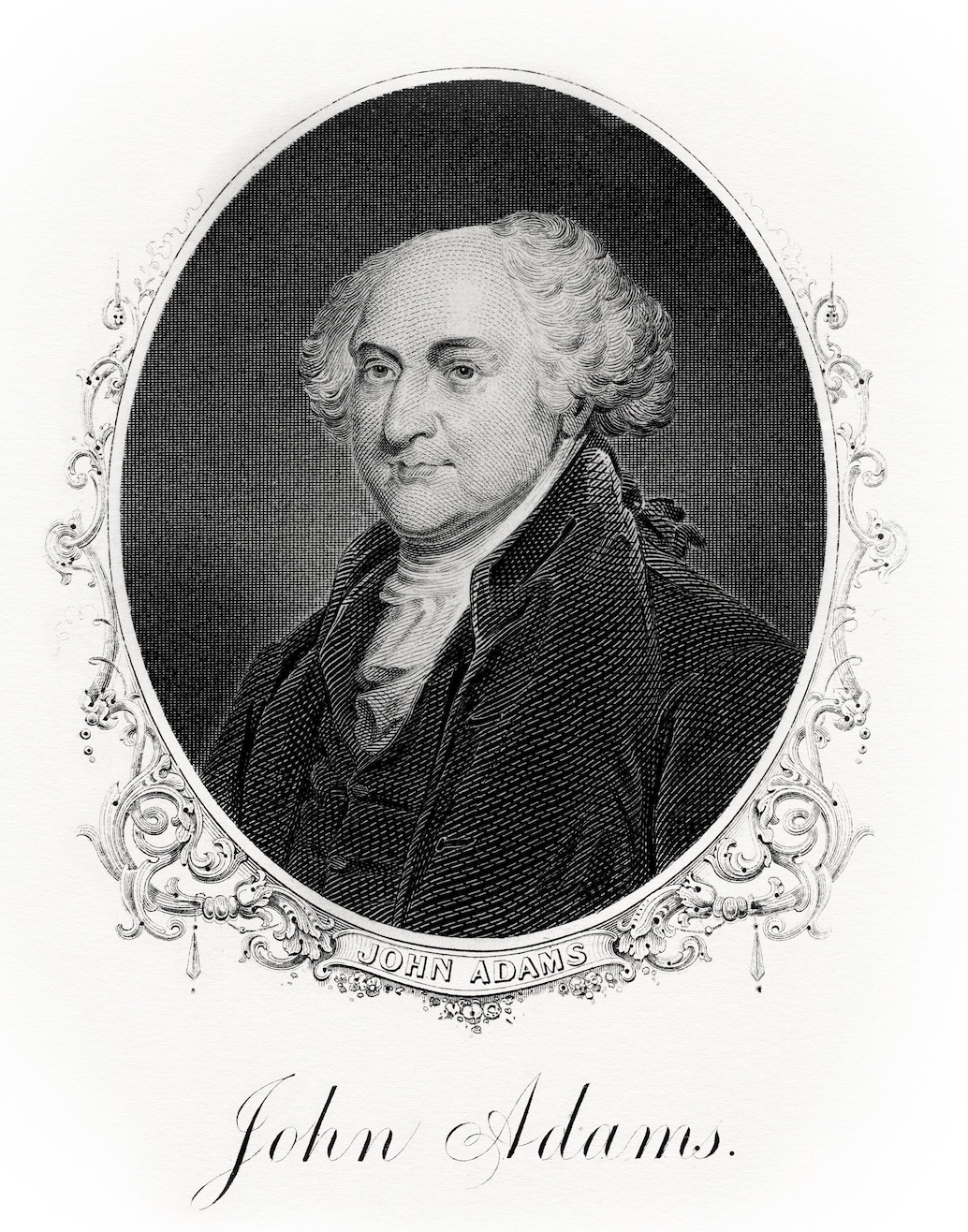 Portrait of John Adams as president by the Bureau of Engraving and Printing. (Public Domain)
American Essence

Did You Know John Adams Once Put His Career at Risk to Defend the Right to a Fair Trial?

John Adams defended British soldiers who shot and killed colonists, and in so doing, he defended the legal system itself
BY Allen Shoff TIMEApril 30, 2022 PRINT

Across New England, snow fell early in the day on March 5, 1770. In Boston, a single sentry, Private Hugh White, grenadier of the 29th Regiment of Foot, stood watch at the Customs House, a soldier of one of the two regiments of His Majesty’s Army remaining in the city to keep the peace and enforce the royal taxes. As night fell, passersby cast dark looks at the lone, red-clad figure bundled against the wind. Public opinion, already soured, had slumped to a new low when, just 11 days before, a customs official fired into an unruly crowd, killing 11-year-old Christopher Seider. The boy’s funeral drew more than a thousand angry Bostonians.

With tensions already at the boiling point, all it took was a single spark. At about 9 in the evening, well after dark, a shop boy jeered at Private White, who left his post to reprimand the boy. The two exchanged words; the grenadier struck the boy with his musket. Soon, a swirling mass of men and boys—sailors, shop boys, and dockworkers—surrounded the sentry, who retreated up the steps. Church bells rang out, summoning more to the crowd. Six additional grenadiers arrived to reinforce Private White, accompanied by their commanding officer, Captain Thomas Preston. The crowd grew, shouting, jeering, and hurling ice shards, snowballs, and cudgels. One of the grenadiers, struck by a thrown object, fell and dropped his weapon before angrily rising and firing into the crowd. Shortly thereafter, without orders, the remaining soldiers discharged their muskets. When the smoke cleared, three men lay dead. Two more later died of their wounds.

Boston exploded. No lawyer in the city dared represent the soldiers, charged with murder and held in custody. The newspapers traded breathless rumors: that Captain Preston had ordered a volley into the crowd, or that the soldiers had tried to bayonet those who rushed to aid the fallen. Into this maelstrom strode John Adams, 35 years old and a well-established attorney, already highly esteemed for his opposition to the Stamp Act. He staked his career and his professional reputation on the notion that all men—even these hated grenadiers—deserved legal representation, and that as Englishmen, they had the right to have their cause heard before an unbiased jury of their peers.

It was late October 1770 before the trial of Captain Preston began. Observers recounted that Adams zealously advocated for his client, cross-examining eyewitnesses in detail and establishing a careful chronology of events. Critically, none could credibly state that Captain Preston had ordered the soldiers to fire, and he was acquitted of murder.

The court tried the seven other grenadiers separately from their commander, beginning in late November. Adams strategically fixated on the violence and anger of the crowd, eliciting testimony about the positions and aggressive posture of the dead, the numbers and nature of the mob, and the types of weapons they wielded. His closing arguments, recorded for posterity in shorthand, stand among the greatest examples of advocacy in American judicial history. Facts, he insisted, “are stubborn things; and whatever may be our wishes, our inclinations, or the dictates of our passions, they cannot alter the state of facts and evidence.” Were the evidence to show that the soldiers were in danger of their lives, then firing in self-defense would be justifiable homicide; were the soldiers not in risk for their lives, but nonetheless provoked by the crowd, then the law “reduces the offense of killing down to manslaughter, in consideration of those passions in our nature, which cannot be eradicated.”

After two and a half hours of deliberation, the jury returned a stunning verdict: acquittal for five of the soldiers, and only two convicted of the lesser crime of manslaughter—the two soldiers the evidence proved had fired directly into the crowd.

On March 5, 1773, Adams wrote in his diary that his role defending the grenadiers was “one of the most gallant, generous, manly and disinterested Actions of my whole Life, and one of the best Pieces of Service I ever rendered my Country.” Certainly, from a historical perspective, the best was yet to come for Mr. Adams: member of the Continental Congress; co-drafter of the Declaration of Independence; author of the Constitution of the Commonwealth of Massachusetts; ambassador to France, the Dutch Republic, and Great Britain; and the first Vice President and second President of the United States. Yet in a very tangible way, his defense of these men, despite the opposition of the populace, demonstrated the character both of Adams and the republic he would later serve.

From the beginning of the history of the United States, this republic has striven to adhere to the same ideals that Adams defended: the presumption of innocence and the rights of the accused to counsel, to confront witnesses, and to an impartial jury, among others. These long-established rights were among the greatest gifts of our English legal heritage and were memorialized in the Fifth and Sixth Amendments to the United States Constitution. Adams, in defending the popularly indefensible, brought living witness to those ideals and demonstrated their necessity in practice.

But even more profoundly, his defense of these British soldiers articulated the very foundation of just government. In his closing arguments on behalf of his clients, Adams poetically addressed the nature of law itself: “The law, in all vicissitudes of government, fluctuations of the passions, or flights of enthusiasm, will preserve a steady undeviating course; it will not bend to the uncertain wishes, imaginations, and wanton tempers of men.” Rather than a state based on the will of a man or even a multitude, the founders intended this republic to be, as Adams himself referred to it in his Novanglus Essays, a “government of laws, and not of men.” In these uncertain times, when some claim that the expedient and the emergent overrule these enduring tenets of the republic, the resolve of John Adams to stand for the rule of law ought to guide us all.