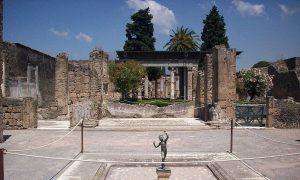 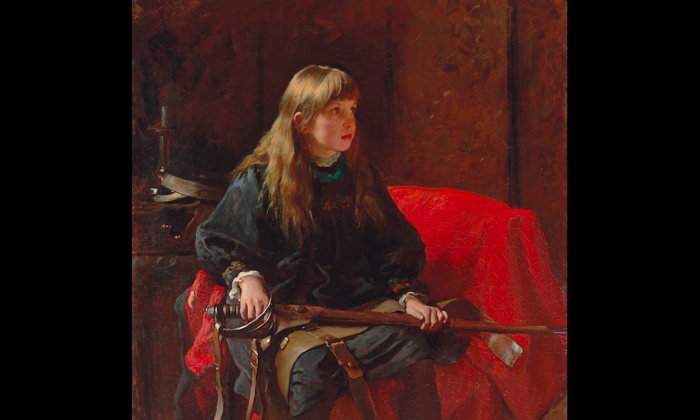 ‘Did You Ever Kill Anybody Father?’ Art in a Time of Revolution

In the first decades of the 1800s, revolutions spread across Europe inspired by the American and French revolutions that came before them.

The world of the Paris Salons and Royal Academy Exhibitions were liberalized around 1850 and there was a transformation in thinking among artists at this time. In England, there was the birth of the middle class that emerged from the industrialization that had started at the end of the 18th century and a new focus on society and self-reflection.

One group of artists that emerged from this new genre of painting were the Social Realists, artists that viewed themselves as observers of human life, reflecting on society as it was and not how they wished it to be.

Although Social Realist painters emerged in countries throughout America and Europe at the time, each with their own distinguishing factors, in England, Frank Holl was very prominent for this type of work.

In his painting of “Did You Ever Kill Anybody Father?,” the artist depicts a strong psychological study of his daughter, Nina. The expression on her face is both inquisitive and fearful, having reached an age at which she begins to understand the realities of life and death.

There is muscular tension in her hands as she grips the hilt of the sword, appearing ready to draw it from its sheath. The artist’s choice to depict the child with the sword in this fashion denotes a position of strength and indicates to the viewer that she can withstand any answer she may receive.

The hot red undertones emphasize a sense of drama and violence, while the sweetness of the child reminds the viewer of an innocence she may lose depending on the answer she receives. This painting is as much about the child as the parent, as an adult at the time viewing this picture, having just emerged from a time period filled with war, would, like Frank Holl, be contemplating how to answer the question.

Kara Lysandra Ross, the director of operations for the Art Renewal Center, is an expert in 19th century European painting. www.artrenewal.org