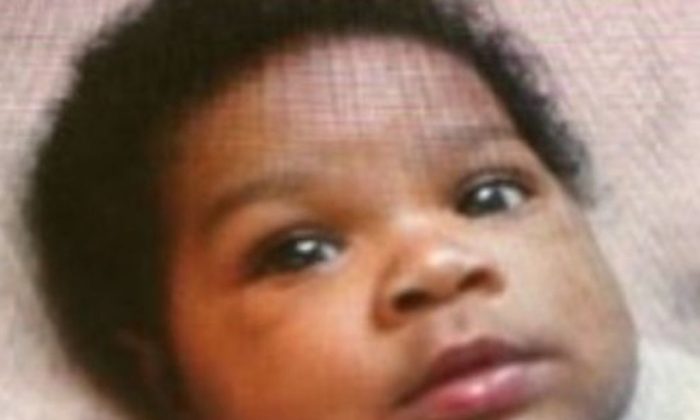 A 3-month-old girl who had gone missing after she was riding in a stolen vehicle on Detroit’s east side was found safe on a porch, according to reports on Monday morning. She was found near where she was originally abducted.

An AMBER Alert was issued for Dakota Grimes after her father entered a Mini Mart at 12:54 a.m. local time. He left his Chevy Impala running while she was in the vehicle. When he came out, his car was gone.

The child was found on a porch at 8:30 a.m. There, she was taken to a hospital and is now in stable condition. The baby didn’t appear to suffer any trauma, Detroit Police Chief James Craig said at a news conference, reported the Detroit Free Press.

“The child was left on a front porch and someone that was doing work at that residence almost stumbled over the child,” Craig told the paper. “…This turned out to be a good news story.”

FBI Supervisory Special Agent Michael Glennon said agents remain on scene at the home where she was found.

“My team is back there right now. They’re the ones that ran the investigation,” Glennon said. “We come in and augment what the local police department has done.”

Dakota’s grandmother, who used the name Mary, said she believed her daughter was joking when she said the baby had gone missing.

But when an AMBER Alert was issued, then Mary knew it was serious.

“I got nine of them (children) of my own, and I know what it’s like being a mother. I don’t know what my daughter is going through right now. As a mother, I know how a mother feels about the safety of her children,” Mary told ClickonDetroit.com.

Craig said police think that three men stole the Impala, which has a Michigan license plate of CPG 8598. The driver had braids, he said.

The car suffered rear bumper damage and the trunk doesn’t completely close. The driver’s side tail light is also broken, with red tape covering it.