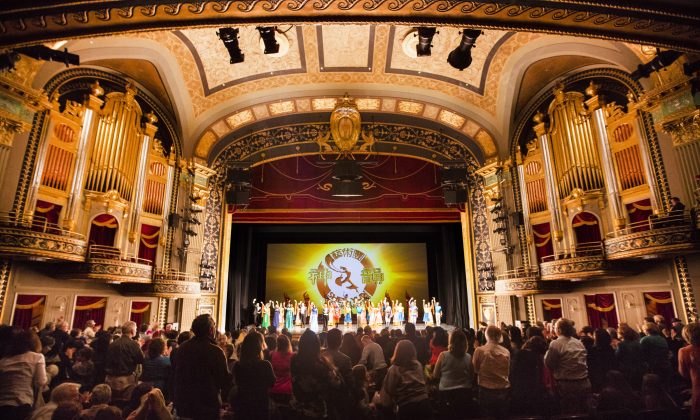 WATERBURY, Conn.—Designer Sandra Dingler had nothing but poetic praise for Shen Yun Performing Arts after seeing the performance with her husband Devin, an attorney, at the Palace Theater March 8.

“The ethereal costumes, just the fine tissue of the fabric,” Mrs. Dingler said. “It was very beautiful.”

Mrs. Dingler formerly owned her own home styling design firm. She serves as the auction chair for the Simsbury Newcomers Club, and she is also a lecturer at the Designer Tutoring International Graduate of Inchbald School of Design.

“It was really, really lovely, but really poignant,” Mrs. Dingler said. The depth, she noticed, was in the spirituality shown in the New York-based company’s performance.

“You could very much see [spirituality] in their compassion,” Mrs. Dingler said of the performers. “I could see compassion as a thread and a theme throughout.”

Classical dance is an independent system of dance with hundreds of unique movements, difficult aerial techniques, and an emphasis on the inner spirit. Mrs. Dingler said she enjoyed how Shen Yun was able to tell stories from ancient periods to today, while using an animated backdrop, yet still presenting a classical style.

Mrs. Dingler noted how the dancers would move to the back of the stage “and it appears as though they have lifted off from their feet.”

Mr. Dingler said the staging was very creative, and showed a rich tradition.

“It was very ancient, and a very proud tradition of beauty,” Mr. Dingler said. “It was rich … and a wonderful history lesson in Chinese culture and tradition.”

The meditation in particular was a fascinating tradition to Mr. Dingler. “It gives me insight into Chinese culture—just to see how important that is as part of the overall tradition,” Mr. Dingler said.

Watching Shen Yun left the couple with a happy feeling, he said.