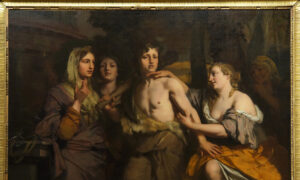 A Herculean Choice: Virtue or Vice
0 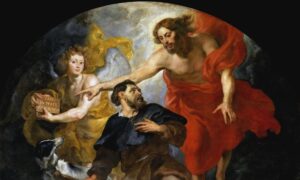 Fearless Compassion in a Time of Plague
0 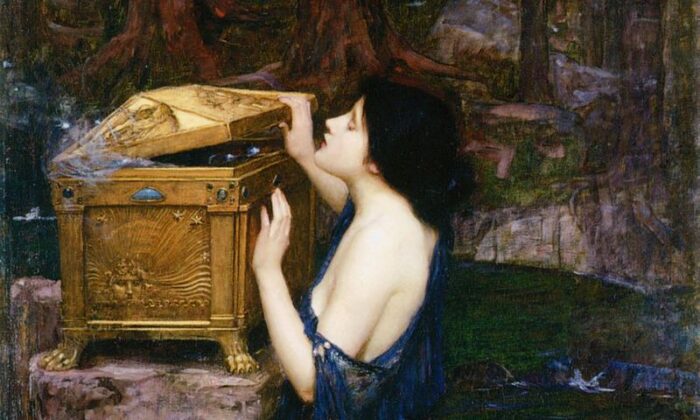 Deserving the Magic of the Gods

From time to time, humanity is dealt a hardship that is impossible to ignore. As the world currently deals with how to navigate the woes of the pandemic, I am left asking: What brought us here, and how might we deal with it?

The Tale of Pandora

In framing this question, I came upon the tale of Pandora. Pandora’s tale, as told by Hesiod in his “Work and Days,” starts with the Titan Prometheus, who creates humans and steals the magic of fire from the gods and gives it to humans.

Zeus, angered by the theft, punishes Prometheus by having him chained to a rock, where an eagle will forever daily peck away at his liver. Zeus is dismayed that humans have the magic of the gods without their first proving themselves worthy. He decides that they must experience some type of loss in relation to having gained the blessings of fire.

Zeus orders the gods to create a female who is fashioned with all of the qualities that would make her both a blessing and a curse. The Olympians each give her some quality of their own, and Zeus calls her Pandora, meaning “she who was given all gifts” and “she who gives all gifts.”

Zeus bestows her to Epimetheus, Prometheus’s brother. It is at this point that she finds the box that she is told to refrain from opening. Her insatiable, greedy curiosity causes her to open the box, which in turn unleashes pestilence, death, hate, and every other woe upon humanity. Only hope remains locked inside.

The 19th-century English painter Waterhouse was greatly influenced by the Pre-Raphaelite Brotherhood who, according to the Tate art museum, “believed in an art of serious subjects treated with maximum realism. Their principal themes were initially religious, but they also used subjects from literature and poetry, particularly those dealing with love and death.”

Waterhouse uses maximum realism to depict Pandora and her environment. The trees, rocks, water, and grass are painted in a very detailed way.

Though everything around Pandora is painted with attention and care, it’s all darker than she is. If we squint at the painting, the details disappear, and Pandora becomes a light shape in the center of the painting that stands out against and is framed by the surrounding dark mass.

I think Waterhouse wants to ensure that there are no questions about what the focal point is. The compositional elements and the degree of realism make it seem as if Pandora and the box are present, and we’ve happened upon her in the middle of the act. The relative darkness of the environment surrounding her, along with the smoke that emanates from the box, may represent the darkness she unleashes by opening the box.

What We Forego by Lacking Patience

As she opens the box, I imagine Pandora thinking to herself: “I know that I’m not supposed to do this, but a little peek won’t hurt anything. The box is golden and shiny. Something beautiful must be in it. Why should I not be allowed to look inside? I was created by the gods! Am I not entitled to the things I want?” She looks around, sees no one is looking, and opens it.

Pain, horror, hardship, sickness, and death emerge from the box and frighten her. Realizing her error, she slams the lid shut and traps hope inside. But why is hope inside of a box of horrors?

Is it because the gods wanted to offer us a way past our sorrowful condition, or is it because unfulfilled hope—when it’s extreme—is just as painful as everything else in the box?

Either way, these painful troubles arise from certain behaviors that include cleverness, sneakiness, lying, and stealing. Prometheus cleverly steals fire from the gods and gives it to humans although he was not supposed to; as a consequence, humans lose the opportunity to learn the value of hard work because they didn’t have to first prove themselves worthy of the gift.

Pandora sneakily disobeys the order to not look into the box because of her sense of entitlement and therefore wreaks havoc on the world. She doesn’t have the patience to wait until she is granted permission to look in the box.

However, hard work and patience are important. They add value to our lives and teach us to appreciate what we’ve worked or waited for. In fact, hard work teaches us patience. It teaches us that it’s fine to wait for what we want.

Hard work can also become a practice of gratitude. It provides us the opportunity to recognize and be grateful both for our own potential to achieve and for the outcome for which we work.

Without coming to appreciate the value of hard work, it’s easy to fall into a mindset of entitlement, to disobey the rule of law, and to legitimize theft. Pandora is not only the embodiment of entitlement, but her actions are also its consequence: Those who feel entitled do, indeed, wreak havoc upon the world. If a person who, out of a sense of entitlement, finds that through lying, cheating, and stealing he gets what he wants, these behaviors may become habitual. This type of character can stem from a culture in which its people value the pleasures of comfort over hard work.

Pandora’s story reminds me that without loss, there’s no gain, and that it’s more beneficial to intentionally lose through hard work first than it is to gain first through deception and be forced to lose later.