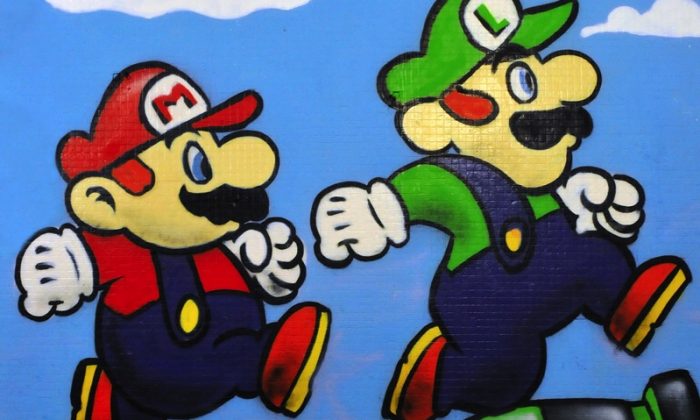 Do you agree?
By Derek Padula

The Super Nintendo Entertainment System was the greatest video game system of all time, and I dare say, still is.

If you grew up with these games, then you know what I’m talking about, and if not, then welcome to gaming Shangri-la.

I now present you with the top 10 SNES games of all time.

The ultimate racing experience of the future… in 1991.

F-Zero captures the feeling of speeding along a hyperfast race track, hugging tight turns, and “boosting” your way to victory, race after race.

F-Zero is fast paced racing action at its best. If the refined gameplay doesn’t convince you, the legendary music and Mode-7 pseudo 3D graphics will.

Join Mario in his finest adventure of the era, alongside his new friend Yoshi!

This game’s revolutionary design and graphics set the tone for the rest of the SNES games by Nintendo, and is still regarded as one of the best games ever.

If you’ve only played the modern 3D versions of Mario, this one is worth going back to—again and again. It never gets old.

Donkey Kong, where would we be without your love of bananas and your incredible gameplay, revolutionary graphics, and epic soundtrack?

Released in 1994 with graphics that seemed 3D but on a 2D system was astounding. To do this, developer Rare used Advanced Computer Modeling (ACM) to render models in 3D and then turn them into 2D sprites.

Combine that with a soundtrack that is still regarded as one of the world’s best, and you have a game that people continue playing to this day.

The sequel, Donkey Kong Country 2, was just as good.

So go collect your missing bananas with your partner Diddy Kong, and enjoy this timeless classic.

Before Warcraft and Diablo, Blizzard created this gem of a game in 1993, called Rock ‘N Roll Racing.

The premise? Pick a character, buy a car, drive around a racetrack while blowing up other drivers and trying not to get blown up yourself.

It’s that simplicity combined with an amazing rock and roll soundtrack and addictive, progressive gameplay that will keep you glued to your seat for hours.

After dozens of sequels, Mega Man X was and still is the best of the bunch (alongside the classic Mega Man 2 and Mega Man 3 for the NES).

The basic concept is that you’re a humanoid robot in the year 21xx resurrected to fight against the evil Dr. Wily and his 8 menacing robots. When you defeat a robot you gain their power and can then use it against the other robots.

This tic-tac-toe strategy combined with non-linear level progression and kicking techno tunes created a fine piece of 2D art and gameplay that is singularly Japanese in style, yet universally fun.

While its predecessor Mario Kart 64 had 4 person multiplayer and may seem like it’s better for that reason, I still feel that the 2D gameplay in the SNES version was more refined.

From the perfect placement of a banana peel, to jumping over a corner of the track to shave a couple seconds off your time and then hitting your buddy with a red shell, racing alongside Mario, Yoshi, Toad, Bowser, and Donkey Kong was a blast.

4. The Legend of Zelda: A Link to the Past

Adventuring at its finest! Join Link as he travels between two worlds of Light and Dark in order to rescue the princess Zelda from the evil wizard Agahnim.

Played from a birds eye perspective, Zelda: A Link to the Past set the benchmark for 2D adventuring, progressive gameplay, and a symphonic-esque soundtrack by famed composer Koji Kondo, that is now played live by symphonies across the world.

The hours of exploring, puzzle solving, dungeon crawling, and friend making in this game set the precedent for all adventure games to come, including the 3D versions that followed.

Got an alien problem? Life sucking Metroid’s running amok? Who ya gunna’ call?

Out of all the Metroid games out there, this one is still considered the best, and for good reason!

What happens with you combine 3 geniuses together to make a game?

This game was the swan song of Hironobu Sakaguchi (the producer of Final Fantasy), Nobuo Uematasu (the composer of Final Fantasy), and Akira Toriyama (the creator of Dragon Ball). And it shows in every detail, from the character and level design, to the catchy and soulful music, and the unique battle system.

The game fuses multiple worlds, times, design styles (from fantasy to steam punk), and backs it all up with one of the top soundtracks ever composed, and then adds 13 different endings depending on how you play the game.

What more could you ask for? Fans have been playing this game for decades and still praise it for good reason.

Final Fantasy VI is the greatest video game of all time, across all systems, period.

And yes, that means it’s better than its successor, Final Fantasy VII on the PlayStation!

This is mainly because the characters in Final Fantasy VI are relatable, they have heart, and despite the fact they are 2D sprites they manage to get under your skin and stay with you for the rest. of. your. life.

Seriously. Even 20 years later when you hear the theme music for each of the characters you will be immediately taken back to all of their struggles, heartache, and triumphs. This is role-playing defined and mastered.

The entire game takes between 40 and 60 hours to complete, and I’m not ashamed to say that I have beaten this game over 14 times. It’s THAT good.

A heart touching storyline, an insanely evil villain, refined gameplay and the best soundtrack of any game ever composed cause this game to become a part of you.

If you’ve never played a Final Fantasy game or want to know why this is the #1 game of all time, then do yourself a favor and play it now.

Honorable Mentions:
Here are the SNES games that came close, but didn’t make the cut.

If you’d like to play these top 10 SNES games, then many of them are available on the Nintendo Wii and Wii U Virtual Console for a fair price.

About the Author: Derek Padula is a longtime gamer (clearly) and is the author of  The Dao of Dragon Ball about Dragon Ball Z.