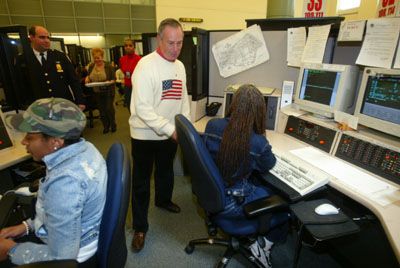 “The present status of the 9-1-1 system upgrade—massive cost overruns, waste and allegations of fraud, serious operational issues and significant under-staffing—poses a serious threat to public safety and is a significant drain on much-needed public resources,” Lillian Roberts, Executive Director of DC 37, stated in a press release.

The DC 37 union represents some 121,000 workers, 1,000 of whom are emergency operators and dispatchers. Roberts said that recent glitches in the system forced emergency operators to write notes by hand and run across the office to hand them to respective operators.

Roberts noted that although several New York City Council hearings have been held, the city has not taken steps to address the problem.

A recent study by the City Comptroller found that the project to upgrade the system is $1 billion over budget with only one component of the upgrade up and running.

“The overall cost of the glitch-ridden system has soared from $1.4 billion to more than $2 billion, and chronic under-staffing under the Bloomberg administration nearly doubled annual overtime expenses since 2008 to $4 million, with this year’s tab expected to hit $4.5 million,” Roberts stated in a press release.